There’s a fascinating article in PC Gamer that covers AR/VR predictions from 2010. As Tyler Wilde notes, it’s easy to make bold predictions about technology ten years out. Few ever bother to check and see if you’re right.

Futurist Ray Kurzweil said in December 2009 that by 2020 “our glasses will beam images directly to our retinas” and “be able to take over our entire visual field of view, putting us in a three-dimensional full immersion virtual reality environment.” VR is a thing, so that’s partial credit, but my glasses are still just normal glasses that help me see. Sorry, Ray.

Kurzweil was partly right. We do have full immersion VR and Mixed Reality displays. They just haven’t shrunk down to the size of our Warby Parkers.

Most of the predictions from 2010 in the article are not entirely off base. But it’s a cautionary reminder for any of us working in the field. The tech developments are too fluid to say anything with certainty.

They got a few things right, and some things they got very, very wrong.

It’s even harder to predict the impact of future technologies on human behavior and society. Look back at the beginning of our social media era. Very few foresaw its role in social-political movements or the manipulation of elections. Even today, we still don’t know where the dynamics at play here are taking us. You can look at the anti-vax movement in the U.S.and elsewhere, the WhatsApp child abduction rumors in India, or the weaponization of social media in the Rohingya crisis in Myanmar.

The ultimate question to ask is: what will be the impact of virtual worlds and avatars on society in the future? If text, images, and video can have this impact now, imagine what fabricated virtual experiences might do.

Here’s a quick summary of some of the AR and VR predictions from 2010. Most of these focus on gaming, but they all bring AR/VR into the mix.

Spielberg may have seemed like an outlier in 2010, which was definitely pre-Oculus. Even pre-Oculus as a Kickstarter project. But here’s what he said to PC World in 2009. First, we’ll get 3D games, and then comes virtual reality.

So Ready Player One was germinating in his head, long before it hit the screens.

Spielberg may see virtual reality as “dangerous” to the future of storytelling, but it hasn’t stopped him from using VR to create traditional narratives.

All AAA games in 3D?

In 2009, 3D was already taking off. It wasn’t a stretch to predict that everything might be in 3D in ten years. Remember, James Cameron’s Avatar had just arrived. But this was another one of those AR/VR predictions of 2010 that didn’t pan out.

Here’s analyst Chris Chinnock in 2010 on the future of 3D displays:

2020 is a long way off and really hard to predict, especially given the new expected spike in 3D gaming interest we think will occur.

. . .However, I think it is safe to say that most games and all AAA games will be authored in 3D by 2020. That does not mean they will all be played in 3D, but the capability will exist to do that. By then, I also expect decent performance from auto-stereoscopic displays, which means no glasses. Head and eye tracking will also be widely used by games developers to improve the stereo effect.

That side note on head and eye-tracking also hasn’t come to pass, except in high-end headsets like the incredible Varjo Mixed Reality HMD and HTC’s Vive Pro Eye. But we’re getting closer, with Oculus just releasing their controller-free hand tracking for the Quest.

We wouldn’t be surprised to see eye-tracking from Oculus in late 2020. But we’ll have eye-tracking in consumer VR headsets long before we’ll all have auto-stereoscopic displays in our living rooms.

Everything will be AR

Of all the AR/VR predictions in 2010, AR was at the top. Nearly everyone seemed to think we’d have AR Glasses by 2020. And we do, except that they’re not widespread due to cost and limited features. At Augmented World Expo this summer, nReal and other companies were demoing AR devices. It was the first time in the Expo where the AR hardware took center stage. 2019 was that kind of year – we moved from promises to hardware.

But despite the rush to get AR Glasses to the market, there’s still nothing from the massive augmented reality projects underway at Google and Facebook. And as we know, Apple’s AR project seems to have slowed down, with a release now predicted for 2022. 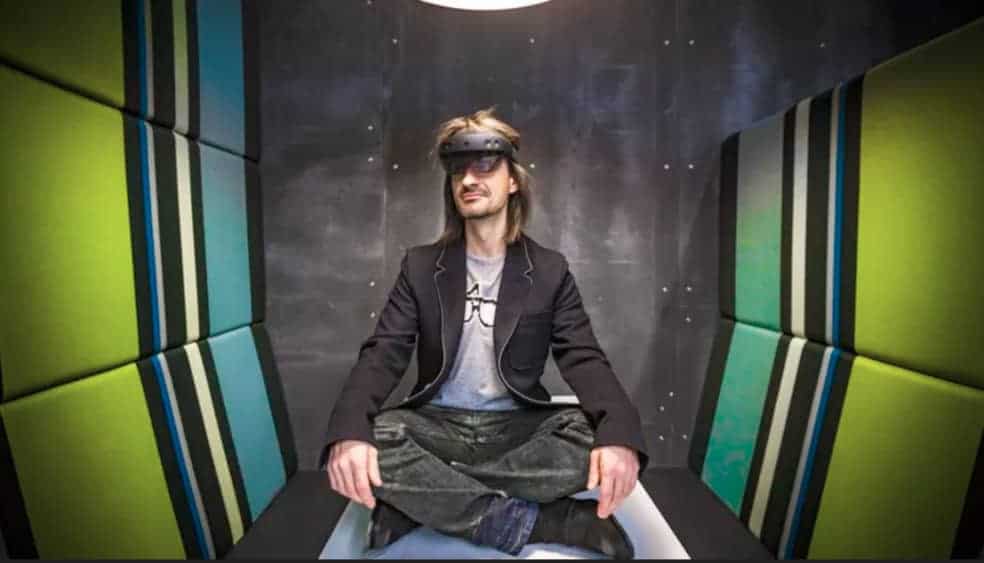 Progress is no better in Mixed Reality. Microsoft’s new HoloLens has arrived, but it targets enterprise, leaving out the education and entertainment sectors. And rumors of funding and other challenges may be putting the brakes on Magic Leap.

The real question is whether augmented reality will dominate once it does arrive. Clearly, it’s a marketer’s dream come true. And we are increasingly tied to services in our phones that would be better served by AR Glasses. But that hardly means VR will disappear. Tyler Wilde reminds us in PC Gamer that it could also be a privacy nightmare.

There’s potential in AR, but I’m not convinced it’ll be as interesting for gaming as has been suggested, or that the blowback caused by Google Glass won’t repeat. We all know we’re under constant surveillance, but I’d prefer not to walk into public restrooms full of cameras if I can avoid it.

If people get used to that—and we did get used to throwing information about ourselves all over the internet, so it’s possible—then I think Kurzweil may have been right, just premature in his prediction that AR and VR will be handled by the same ‘glasses.’ I’d tack another 20 years onto that idea.

What We Can’t Predict – Human Behavior

We’ll have our predictions once we get to the end of the year. It’s a fun exercise, almost as much fun as turning back the clock to see how people did in the past.

But the real interest for us is not where the technology ends up, but where we end up. Its impact on human behavior.

We know education is ripe for disruption, and the introduction of VR is already transforming courses and academic programs. Augmented reality will be a game changer for businesses and the work environment. And these developments – along with Mixed Reality – will converge with AI. That convergence will create incredible opportunities to empower us through technology, especially in spatial computing. It will also raise profound challenges in our relationships with each other and the institutions in society.

Whether this happens in ten or twenty years is an open question. But technology can shape human behavior even before it fully matures. Google Glass drew sharp reactions with just a limited release. Social media may feel like it’s ubiquitous, but from a global perspective, it’s not. AR/VR will shape our behavior no long before it arrives fully formed, in everyone’s hands.

The past ten years have been an incredible ride on our journey toward ubiquitous virtual environments and digital avatars. The next ten promises even more.

Some day we’ll look back on this time with our rudimentary AR Glasses and clunky VR headsets and think – what an amazing era to have lived through.

Hang on to a couple of those old Google Cardboards and your Oculus Quest. Someday, people may actually feel nostalgic about our time.