News broke a few weeks ago on the funding woes and staff exits for Magic Leap Glasses. A new article in The Information (by subscription) adds to the tale of Magic Leap’s troubles. The release of the HMD back in August 2018 offered lots of promise, but not enough to generate massive sales the company had hoped for.

According to Alex Heath’s article in The Information, Magic Leap was banking on an original projection for selling one million units. Yes, one million in a market that will only see seven million VR headsets sold this year. That got scaled back to 100,000, still a lot for an HMD that was over two thousand dollars. But in the end, sales weren’t anywhere close.

About six months after the device’s launch, Magic Leap had sold roughly 6,000 of the headsets, said a person with direct knowledge of the figures.

Magic Leap employees set up a war room at the company’s Florida headquarters for the August 2018 sales rollout of its first headset. Screens around the room displayed sales figures for the device, but the numbers represented the quantity Magic Leap hoped to sell, which was higher than actual sales, said two people with direct knowledge of the matter. Employees were later told the company didn’t have time before the launch to put a real-time sales reporting system together that could show actual numbers in the war room, said one of the people.

Inside the company, Magic Leap executives have been cagey with rank-and-file employees about how well its product is selling. They haven’t disclosed the figures in company-wide meetings—which are known internally as The Loop—even though questions about the topic are frequently submitted and upvoted by employees in an internal system it uses to compile anonymous questions ahead of the meetings, said two people with knowledge of the meetings. When asked how Magic Leap plans to build a sustainable business in those meetings, Abovitz has said multiple times that the company is still “learning to swim,” said two people who heard the remarks.

Other Signs of Trouble

As we recently wrote, there has already been a couple of high-level staff departures. But Alex Heath notes that the financial problems have hit elsewhere in the company.

There are signs of belt-tightening at the company. Magic Leap recently laid off dozens of people across different departments, including its recruiting and engineering teams, and earlier this year the pace of hiring in parts of the company slowed, said multiple people with knowledge of the matter. Work travel for some Magic Leap groups was temporarily frozen earlier this year, said one of those people. Employees started receiving free headsets earlier this year, with some managers telling staffers it was because the company couldn’t sell enough and had extra inventory, said multiple people. 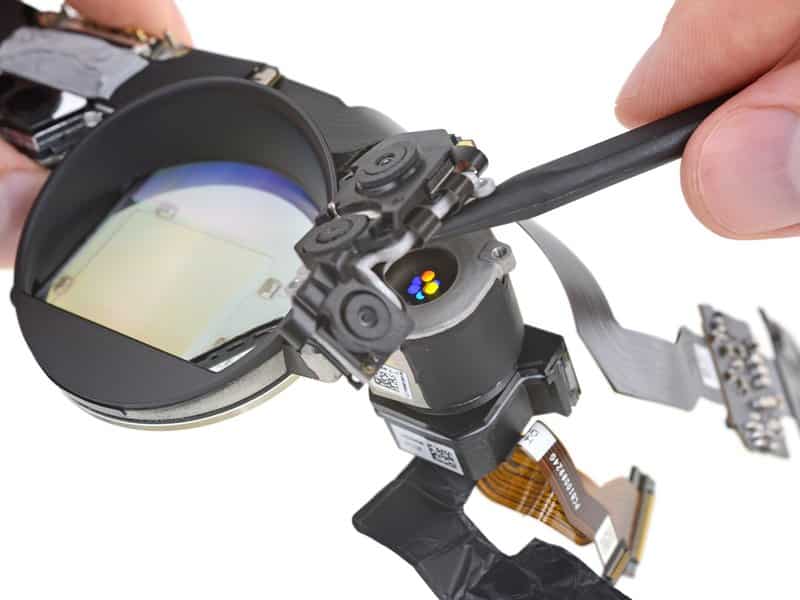 Magic Leap lost out on a $500 million military contract that went to Microsoft for the HoloLens. They bid on a large contract for the Dubai 2020 Expo – which would have been a fascinating development given Dubai’s commitment to innovation and emerging technologies. But there’s no news on that development.

They did get a partnership with AT&T, which is now selling the Magic Leap One through some of its stores. But is anyone actually going to drop over $2,000 to buy the device in a retail location? It’s only our anecdotal evidence but we walk by AT&T wireless almost daily and see little interest in the device.

More telling, Magic Leap’s conference from 2018 wasn’t repeated this fall. All that talk about changing the world and where are we this year? And the grant program for developers seems to be up in the air. A device is only as good as its ecosystem – ignore your developer community and you’re sunk.

Notwithstanding Magic Leap’s troubles, we hope they pull through. The challenge seems to be a lack of marketing vision. Microsoft has embraced the enterprise sector with HoloLens 2, leaving out the consumer, education, and other markets. The research firm IDC estimates that 500,000 AR headsets will sell this year. While there’s no confirmed sales data, a significant portion will be from Microsoft.

Microsoft is monopolizing the lucrative corporate sector, and by 2022 or 2023, Apple will take the top end of the consumer market with its own AR Glasses. On the other side, Google, Snap, and everyone else is angling for the broader consumer market. Magic Leap is caught in the middle, unable to nail down creatives, educational or corporate clients.

That leaves Magic Leap with a $2,300 device that is designed for what? Entertainment? With only 6,000 in sales, there’s no critical mass to generate content.

Magic Leap didn’t address the specifics of The Information article but issued a general statement.

One hopes Magic Leap succeeds as it’s been the first real attempt at spatial computing. And we’ve always been partial to CEO Rony Abovitz’s broader vision. Technology’s greatest impact is not in enterprise but when it’s in the hands of creatives and the general public. But that won’t happen with anemic sales.

In our view, Magic Leap has a year to turn this around. Otherwise, backers will pull the plug and this will become the AR version of the WeWork saga – a company that seduced investors but no one else.