First, Lenovo, now a new Google Glass AR announcement. This is turning out to be a week for augmented reality glasses. Anyone else waiting in the wings?

You remember Google Glass. That first plunge into wearables by the folks in Mountainview. We have fond memories of walking around with them in the (decidedly less gentrified) Meatpacking District back in 2013 in NYC. Maya had one of the first Google Glass Explorer Edition headsets, and we spent many hours experimenting with this early iteration of augmented reality. We were never “Glassholes,” that pejorative label applied to people using Glass to invade another’s privacy. But we did get a lot of strange looks and more than a few questions out on the streets. Time for a demo at the corner of 14th and Hudson streets. You’ll see much stranger things in New York.

It didn’t take Google long to realize their futuristic design was not going to catch on. We never found them particularly comfortable or uncomfortable. Mainly just awkward to use with a miniature monitor slightly off your natural line of sight. They would were tiring to wear for any length of time, but the short battery life ensured that they were more often attached to an electrical socket instead of resting on your nose.

What’s surprising is that the new Google Glass headset continues the same design solution. While most everyone else is opting for an in-lens display, Google is sticking with the mini-monitor approach. They tout the advantage of the device in their introductory video.

But we don’t see this solution gaining widespread popularity outside of applications in business and health care. AR needs to be integrated with our vision, not slightly off to the side in a separate display. Ultimately, that means mixed reality along the lines of HoloLens or Magic Leap. You can label a  separate display as augmented reality. But it will never fulfill the dream of spatial computing.

What the New Google Glass Offers

As for the rest of the HMD, Google has gone from one extreme to the other. From a futuristic Borg-like device in 2013 to a pair of standard glasses. Of course, that presents another user problem. You won’t wear the new Google Glasses over your everyday eyewear, so that means prescription lenses or contacts. The visor approach of HoloLens and Lenovo’s ThinkReality HMD doesn’t present an obstacle for people with eyeglasses.

That may not be an issue for organizations with money and a stable user-base, but higher education will stumble over the customization issue. Especially when much of our population is transient – on campus for only 2-4 years.

Google did get the cost down. At $999, they’re less than a third of the price of HoloLens 2. They don’t do as much, but many field operations don’t need full mixed reality experiences. Google already claims several customers, including DHL Group, HB Fuller, Sutter Health, and AGCO. 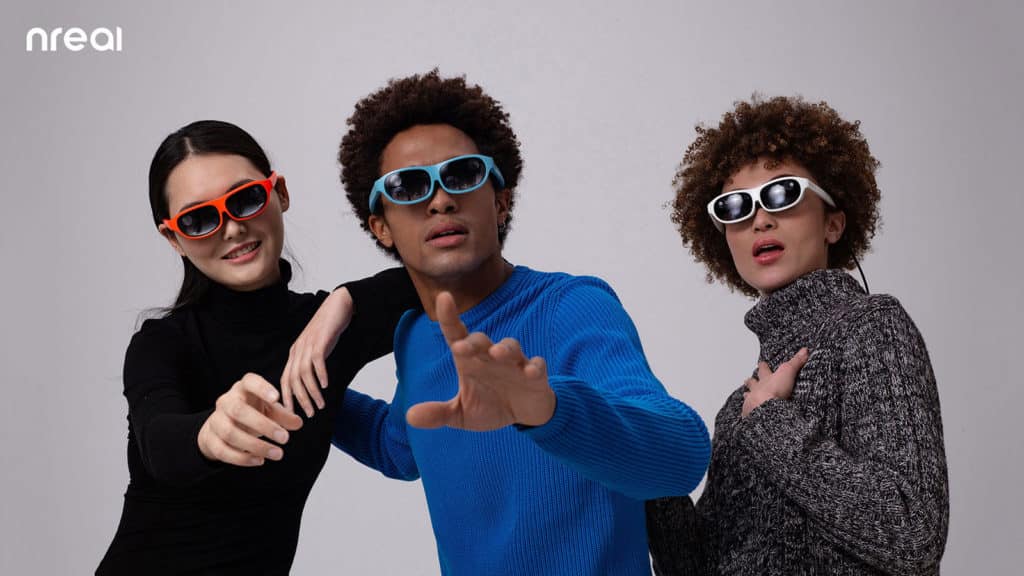 We love the eyewear solution because that is the paradigm for AR Glasses in the future. Google should have thrown caution to the wind and taken the Nreal AR Glasses approach. Ditch the separate display and integrate everything into the lenses. As it is, they’ll find a niche in the enterprise space, but don’t expect anything more.

But one thing is clear. Google has given up virtual reality. Their new focus is AR in the enterprise market. At the rate we going, it’s going to be a crowded space by the end of the year.

Boston the Site of the Largest AR Art Ex