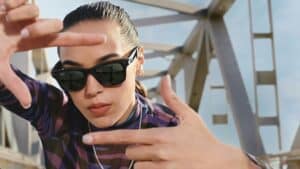 Facebook’s smart glasses were announced on September 9th and should be arriving this week if you purchase them online. But the new wearable could bring a host of ethical issues that far exceed what Google faced with its prototype back in 2013. Eight years ago, Google was already the dominant search engine, but Facebook was only half of its current size (1.5 instead of 2.89 billion monthly active users). Google Glass was a cyborg-looking design that you couldn’t miss. In contrast, Facebook’s device could easily pass for a regular pair of sunglasses, especially at a distance.

Facebook’s smart glasses, born in a partnership with Ray-Ban, aren’t technically AR Glasses. Michael Abrash, Chief Scientist at Oculus has said that truly immersive and wearable AR Glasses are still 5-10 years away. Instead, Ray-Ban Stories – which is the product name – directly copy Snap’s Spectacles (which were first released back in 2016). This isn’t the first time the social media giant has stolen ideas from others to further its own all-encompassing global platform. 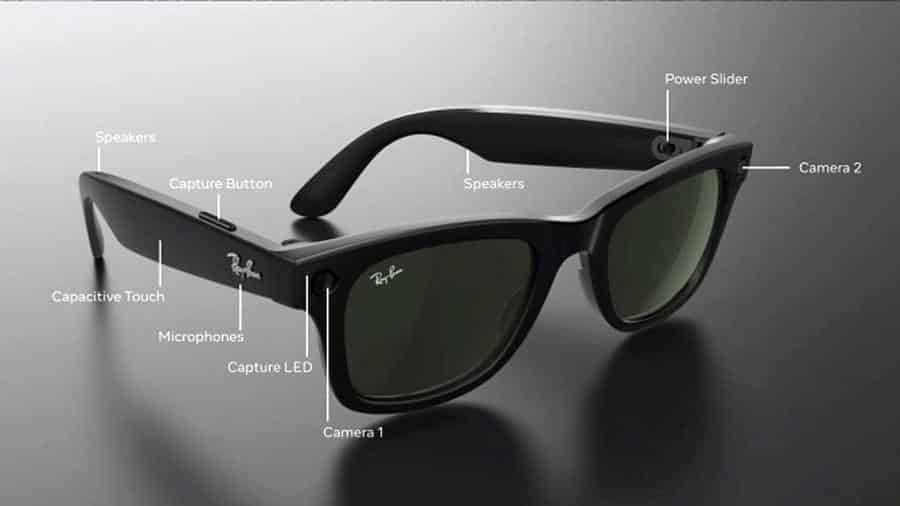 Here’s a recap of the features of the $299 glasses, which use Luxottica Group-owned Ray-Ban’s Wayfarer frame style:

Given the nearly 3 billion people that already have accounts, this won’t present much of an obstacle from the company’s perspective. Instead, it’s the privacy parameters around the content and the front-facing cameras that will raise ethical challenges.

If there is one thing Facebook excels at, it’s in the ease of use of technology. The privacy policy for Facebook’s smart glasses offers the comforting reassurance, “You’re in control of your data and content.” But your Ray-Ban Stories won’t be that useful – or all that much fun – unless you’re sharing the content it captures with others. And as soon as you do, the privacy limits disappear:

We won’t access your media without your consent, and we do not use the content of photos and videos captured with Ray-Ban Stories and stored in Facebook View for personalized ads. If you share your media to any other app, that app’s terms apply.

Given that the glasses are designed to encourage sharing, you can expect the last line to be the most applicable one. As Zuckerberg said,

We wanted to build something that would easily enable you to capture and share experiences from your point of view. [Emphasis added]

Further, that initial privacy policy is subject to change, just as the Oculus-Facebook relationship has changed over the years. Of course, you’re never forced to accept the terms – but in the business world of Silicon Valley, that often renders your device inoperable.

To say this in far fewer words: From the screen of your phone to a device on your face – it’s precisely where Facebook wants to be. 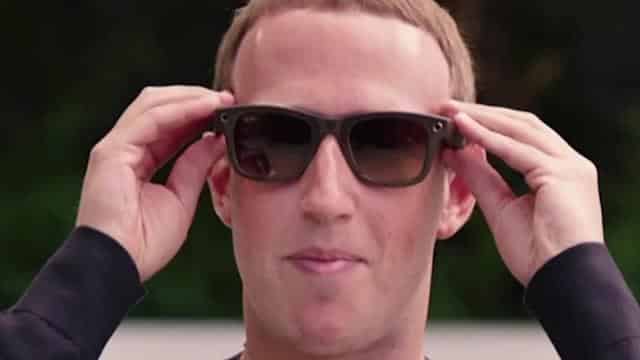 Yes, we’ve been down this road before with Google Glass, though this time, the wearable doesn’t look like something out of Buck Rogers but will pass for an ordinary pair of sunglasses. The issue arose on Friday when Ireland’s Data Privacy Commissioner (DPC) asked Facebook to demonstrate that the LED indicator light on the glasses is “an effective means” of notifying people that they are being filmed or photographed. Since Facebook’s European headquarters are based in Dublin, the DPC is the lead regulator under the European Union’s strict data privacy laws.

Here is the indicator light when someone is recording using Facebook’s smart glasses – is it enough?

Facebook has already run afoul of German regulators with the Oculus Quest (though that case focuses on anti-competitive issues), but the Ray-Ban Stories smart glasses may be more troublesome for the EU. The indicator light is not that obvious, and while it is against Facebook’s terms of service to tamper with it, it would be simple to conceal it even further.

Show others how the capture LED works so they know when you’re recording.

It’s hard to imagine that anyone will take that advice seriously except at family gatherings with the grandparents.

How will the Public React?

The EU takes privacy concerns much more seriously than the U.S. with our relative laissez-faire approach to sharing personal data and letting companies make the final determination. But it will be fascinating to see how the public reacts, especially since we are no longer in the world that Google Glass entered and contradictory forces are at play.

For one, video plays a far more prominent role in our lives today. It’s everywhere, especially with the emergence of TikTok and the continued growth of YouTube. On the other hand, the recent issues with Facebook and vaccines (and last year’s Presidental election) have cast a harsh light on the idea of social media as a neutral space. It increasingly feels like it’s less about sharing information and more about driving personal agendas. It’s anyone’s guess how a wearable social media device with cameras fits into these complex dynamics.

It gets even more complicated when you think about the use of Ray-Ban Stories in other countries. The table in Wikicommons doesn’t begin to convey the complexities of cultural sensitivities around street photography – especially when it comes to the publication of images on social media.

A Preview of the Issues We’ll Face with AR Glasses

The issues raised by Facebook’s smart glasses only scratch the surface of the challenges we’ll face once fully immersive AR Glasses arrive. Once there, we’ll be able to transform images of others and locations without permission and rewrite the social rules of human interaction. That’s still down the road a bit, though Facebook sees Ray-Ban Stories as a step in that direction.

As Monisha Perkash, a product director at Facebook said,

We are building towards AR glasses as the next computing platform . . . . We see it [Ray-Ban Stories] as a very important first step towards that vision.”

For now, the Ray-Ban Stories simply raise another challenge to how data is shared and our privacy expectations in public settings. The camera and almost invisible indicator light may be a step too far; or as Facebook has so often done in the past, it may convince the public that the impact on our privacy is worth the benefits gained from the new wearable.

Let us know your thoughts, and we’ll be following this story closely once the glasses – and Facebook itself – begin to arrive on people’s faces.