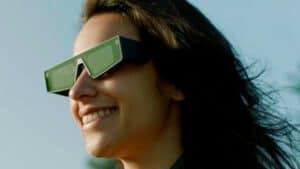 Snapchat’s new AR glasses have finally arrived and they mark a breakthrough from their earlier models. The new wearable offers a full augmented reality experience but it comes with limitations that reflect the current state of our immersive technology. Since this is a developing story, let’s unpack what we know so far.

How Snap Got Here

Snap released their first pair of Spectacles back in fall 2016 and sold them through vending machines (kid you not) in pop-up stores. 2018 saw the release of generation 2 Spectacles and the following year, Gen 3. All three versions of their Spectacles were a hardware accessory exclusive to their online platform, not full AR glasses in themselves. They were groundbreaking for being lightweight, stylish (if you liked the style), and easy to use. Using the built-in cameras, you could upload a video (rendered in an innovative circular format) to the Memories section of your Snapchat account.

But none of these were truly AR glasses with embedded displays. As Arstechnica notes,

The first two generations were simply video-capture devices, each housing a single camera. Users would then apply effects to the videos on their phones. The third generation added a second camera to capture depth information, enabling more sophisticated and more accurate effects and filters—but those, too, lacked embedded displays, requiring users to visualize and apply Lenses on their phones after the video had been captured.

Unfortunately, Snap overestimated the market and ended up taking write-offs on a good part of the production. We bought pairs early on – it was quite the adventure (did we mention the vending machine?) – but these days, they’re collecting dust next to a row of books.

Unlike the earlier versions, Snapchat’s new AR glasses are the real thing –  full augmented reality glasses. And they incorporate features that all AR glasses will have in the future.

Here’s CEO Evan Spiegel’s full reveal at Snap Summit 2021. The seven-minute video is worth watching if you’re completely unfamiliar with the device. Otherwise, skip to the next section below, where artists and developers talk about the potential of Snap’s device and AR in general.

As in the past with Spectacles, Snap gets that the interface must be as simple as possible. People don’t want to interact with a computer sitting on their noses.

Creating the World you Want to See 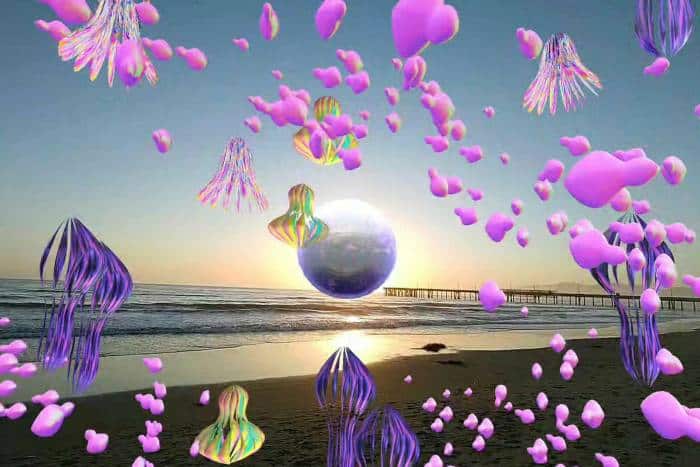 If Snap has a product to sell, artists have a vision to express. The following short video covers what you might actually do with Snapchat’s new AR glasses. Put aside the technology for a moment and look at the possibilities of augmented reality.

This is where AR glasses get interesting. We’ll redesign our physical spaces, creating environments that are informative, playful, social, therapeutic, and break down barriers to access. The challenge is doing it with the technology we have today. As Microsoft’s Alex Kipman recently observed, AR glasses need to be orders of magnitude better than HoloLens, and yet scale down to a comfortable and stylish pair of glasses.

The Good and the Bad

We’re impressed by what Snap has managed to pack into its new AR glasses, especially the 3D waveguide displays and low latency. 2,000 nits of brightness mean that your augmented experiences won’t looked washed out under the bright sun – you listening, Microsoft?

Variety sums up the impressive feature list (with full details at the Snap Newsroom):

The new Spectacles let you see virtual digital objects overlaid on the scene in front of you. The glasses include dual 3D waveguide displays and a 26.3-degree diagonal field of view overlay for AR Lenses — which appear before the wearer’s eyes. With 15 millisecond motion-to-photon latency, the Snapchat Lenses can “react quickly and appear accurately within the field of view,” according to Snap.

The glasses feature two RGB cameras, four built-in microphones, two stereo speakers, and built-in touchpad controls for a “multi-sensorial experience that orients technology around humanity,” according to the company. The Spectacles weigh 134 grams (about 4.7 ounces) and have a battery life of approximately 30 minutes per charge.

The glasses’ touchpad controls at the temple lets the wearer interact with the Spectacles display and launch the Lens Carousel, allowing creators to experience a variety of Lenses. The right button activates Scan, the feature that analyzes what is in the Spectacles’ field of view and suggests the most relevant Lens experiences. In addition, the Spectacles include a Voice Scan feature to allow spoken commands to launch Lenses hands-free. The left button lets the wearer capture 10-second Snaps of Lenses overlaid on the world, and share those videos to Snapchat.

You have to hand it to Snap. They’re releasing a device that you won’t be able to buy. Instead, Snapchat’s new AR glasses will go to developers and artists for now. Several artists are already using them, and it will be fascinating to see what they produce. If anything, the latest release feels more like a proof-of-concept than any real advance in immersive tech for consumers. There’s nothing here yet that would warrant their use in education, nonprofit organizations, or workforce training. The short battery life alone is enough to forestall those possibilities.

But Snap continues to innovate and play the long game in the AR space. CEO Evan Spiegel recently told The Verge that it will be a decade before AR glasses become mainstream.

But sooner or later, they – or someone else – will bring real AR glasses to the consumer market. Until then, we’ll be following these developments closely, for what we’re really following here is the evolution of our own future.

You Need to Try ‘Carve Snowboardin