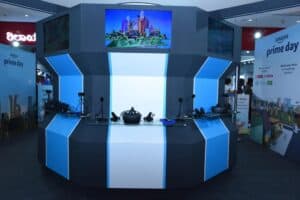 A new Amazon VR experience opened this week as the online retailing giant set up virtual reality kiosks in shopping malls to promote its upcoming Prime Day. As VentureBeat notes, it’s significantly more than what you’d expect with the VR experience transporting you into a city filled with their products. It goes far beyond the earlier experiments we’ve seen in Lowe’s VR and AR efforts and Ikea’s Virtual Reality projects.

Is it a sign of things to come? Let’s take a look. 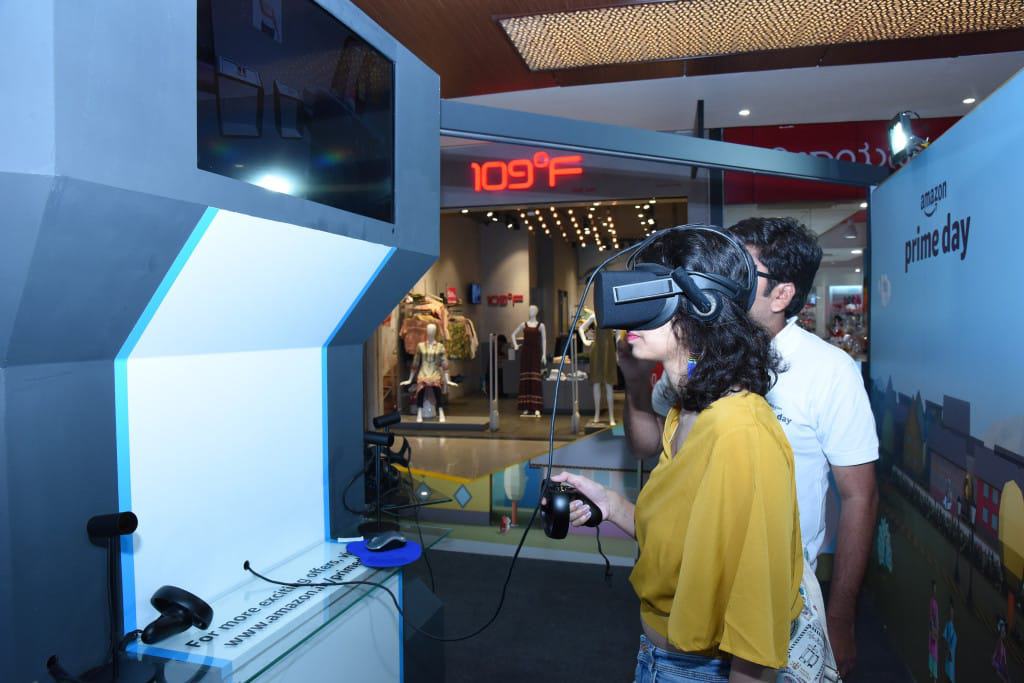 Rather than taking the obvious retail angle and depositing you in a computer-generated facsimile of a brick-and-mortar space, Amazon instead transports the shopper into a city filled with Prime Day products — beginning with the fun of a hot air balloon ride. Viewed through an Oculus Rift with full head tracking, the ride lets the shopper briefly see some of the brands and promotions Amazon is featuring before landing in a serene park

. . . Using Oculus Touch controllers, customers can handle any product in full 3D, including clothing that can be placed on holographic people to determine fit and smartphones that can be examined from all angles with pop-up specification windows. The video shows people peering inside a refrigerator and a washing machine, handling Nerf Zombie Survival System toys, and checking out breakfast cereal boxes that look just like what you’d find in a supermarket.

The Amazon VR kiosks came out of India and it’s unclear if they’ll stay after Prime Day. But whether they last or not, you can see how this might evolve. First, VR kiosks in stores and malls, later shoppers using Virtual Reality at home to interact with retailers.

Paradoxically, with immersive tech, we could go full circle back to the in-store experience. The only different – and it’s a significant one – is that our visits will be virtual. Which brings up a host of questions on how we’ll behave in virtual shopping environments and treat the (virtual) staff. If social media is any marker, we’re in for a wild ride.

Down the road a bit, the virtual staff may even be AI-driven avatars. Will we prod them to see if they’re real? Will we even care?  Shades of Jill Watson, the Georgieva Tech AI  teaching assistant.

On the positive side, we’ll find ourselves with the freedom to ultimately step into nearly any store in the world. And just as we’ve seen in the current retail environment, there will be a new round of winners and losers. Amazon has no plans to end up with the latter.

It’s an important development to watch – for where retail goes, others soon follow. 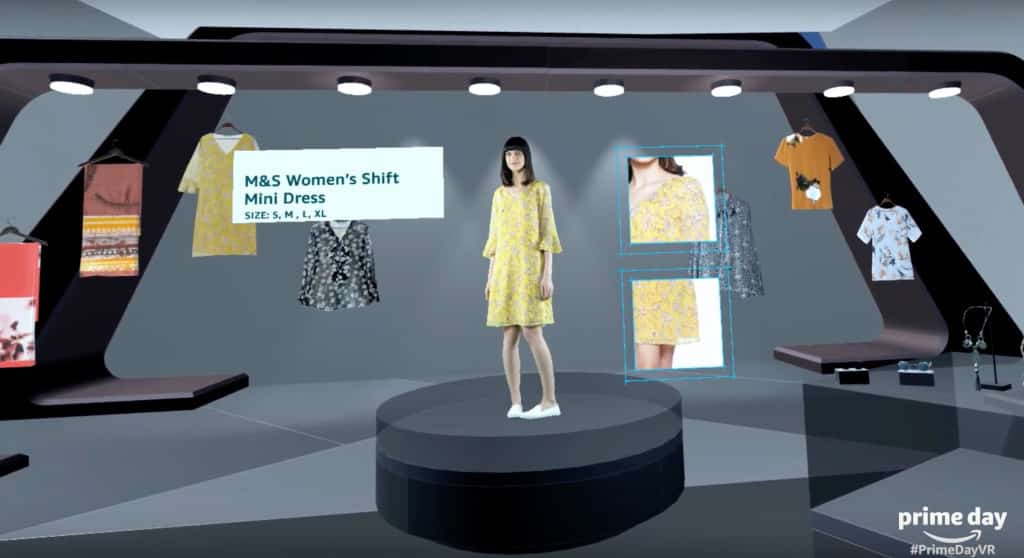 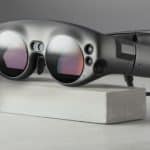 Will we get an actual Magic Leap demo th 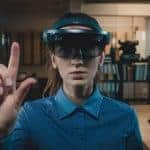 While you wait for Magic Leap – do