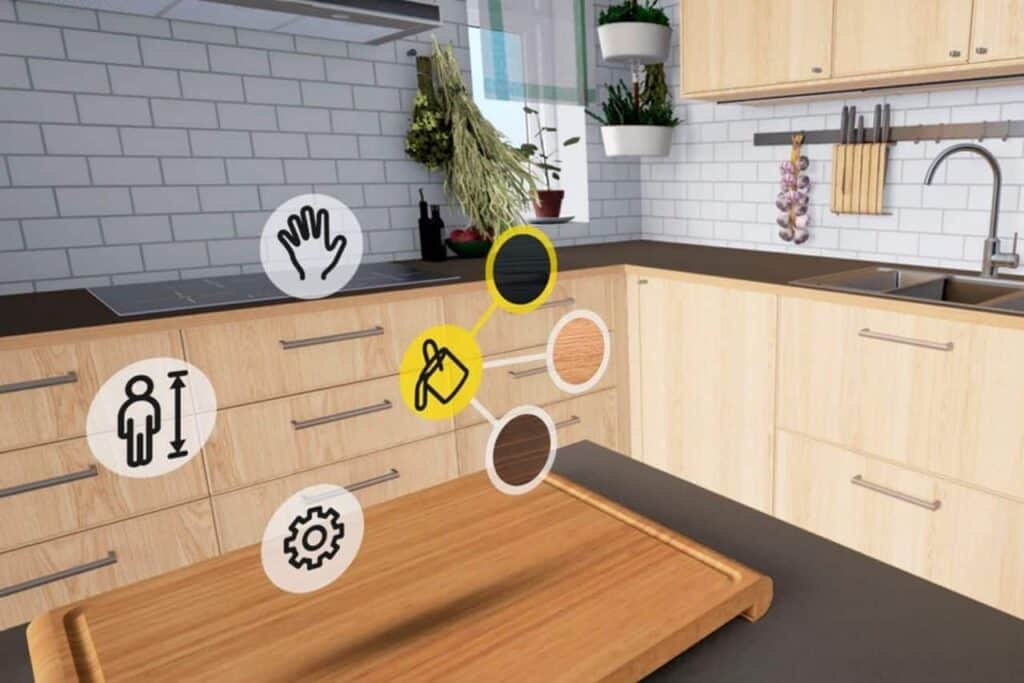 Want to use virtual reality to remodel your kitchen? Ikea has jumped on the VR bandwagon with their new game-like app, the appropriately named Gameplay.

As TechCrunch notes, you won’t exactly be blown away by the experience here. It’s limited to wandering through a kitchen area and selecting the color and style of the cabinets. So no, you won’t be confronting your fears while you save a kitten on a wooden plank sixties stories above the city.

It’s very different than the Lowe’s rollout of Microsoft HoloLens which gives you opportunities to play around with nearly every aspect of your future kitchen.

Which brings us to an interesting question: is virtual reality or augmented reality (with HoloLens, often referred to as Mixed Reality) the best platform for shopping? And the answer says something about the distinctive nature of each.

The IKEA app uses the HTC Vive headset and sends you into a pre-arranged kitchen. We’re just not at the point in the VR space where you can add and design objects at will. At the moment, you’d be limited to adding some drawings to your hypothetical kitchen with something like the Oculus painting tool, Quill. Not an option at IKEA, but it would be nice.

Icons in the VR interface let you adjust the color of your cabinets and try out different styles. The most interesting feature is that you can adjust the size of the entire space from your perspective. Look at the your future kitchen from the point of view of a child or someone in a wheelchair. Since you’re completely immersed in the space, everything is adjustable.

You what I’m thinking – my kitchen from the perspective of a New York City cockroach. Your kitchen cabinet as Everest VR. How do I climb to the summit to get the crumbs? (We really do need to get more inventive in our VR games.) 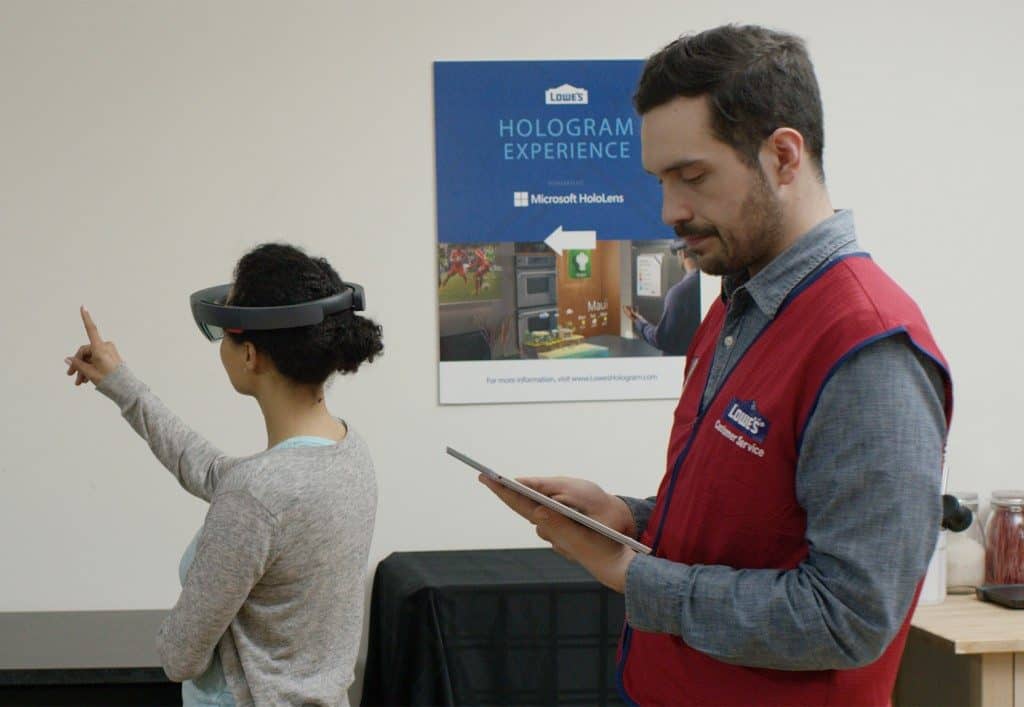 On the other hand, Lowe’s Microsoft HoloLens pilot has it’s own advantages. For one, interactivity is far greater. Since you’re dealing with holographic images, you can reposition objects at will. Wrong size? Just shrink or enlarge it. But just the individual objects, not the entire space.

Most important, you can still talk to someone while you’re looking at your new kitchen. You might want to block out that annoying sales rep, but if you’re sharing a household with someone else, communicating in the store is a lot better than addressing color and size issues once the new furnishings are in your home.

VR headsets are incredibly isolating at the moment – that sales rep could be making fun of you and you wouldn’t even know it.

For now, we’ll throw our shopping activities with HoloLens and its augmented (mixed) reality approach. Virtual Reality shopping will come of age in due time, but not now.

Where VR excels is when you need a completely immersive experience – such as shopping for an unbuilt home or apartment. HoloLens takes data from your surrounding environment which is what you need when it’s time to remodel the kitchen.

But you have to hand to IKEA for taking the plunge into virtual reality shopping. As Jesper Brodin, the managing director at IKEA of Sweden noted,

Virtual reality is developing quickly and in five to ten years it will be an integrated part of people’s lives. We see that virtual reality will play a major role in the future of our customers. For instance, someday, it could be used to enable customers to try out a variety of home furnishing solutions before buying them.

In 2013, they rolled out their incredibly innovative augmented reality catalogs. And now they’re exploring virtual reality, which will soon become an essential element of our retail experience.

Save a Kitten in VR and Confront Your Fe