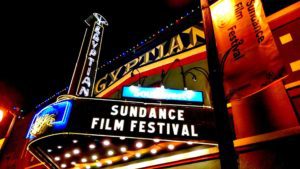 The New Frontier Program at the Sundance Film Festival has always positioned itself at the intersection of film, art, and technology. Its experimental projects in VR have been groundbreaking, from Nonny de la Peña’s ‘Hunger in Los Angeles,’ the first-ever VR documentary to be showcased at the Festival (2012) through this year’s remarkable projects, many of which focused on movement and play in VR. With the pandemic still the reality of our lives, Sundance 2021 finds itself having to transition that spirit to a virtual environment.

It’s a development that works both ways. First, we’ll lose access to the amazing 6DOF (six degrees of freedom) full VR experiences that are a hallmark of the Festival. Since the Festival runs from Jan. 28 – Feb. 3, it’s just too early to be offering access to full VR experiences with headsets shared with the public. The only way around that would be to port those projects to SteamVR or the Oculus Store.

But on the positive side, doing a virtual VR program will make the 360 video experiences available to a far wider audience. The Tribeca Film Festival went the same route though their projects were only available online for two weeks. And following the lead of the Venice Film Festival in their partnership with the Northwest Film Center and Portland Art Museum, Sundance will offer limited on-site access around the U.S. The screenings will take place at drive-in theaters, independent art cinemas, and cultural organizations, all of which will follow COVID-19 safety protocols.

Attending the Festival in person has always been an expensive proposition (especially finding a reasonably priced hotel in Park City). And many of the VR projects never find an audience outside of those who make the trek to Park City. While we’ll have to see what the cost is for the online event, virtualizing the Festival should help democratize the audience reach. If there’s one oversight here, it’s that there should be on-site screening locations in other countries given Sundance’s support for international artists and filmmakers.

The Sundance Festival in a Virtual Environment

The Sundance 2021 will be built on a bespoke spatialized platform, developed in partnership with digital experience agency Active Theory. They’ve done some fascinating interactive experiments in VR and in using WebGL and WebXR for cross-platform scalability. The virtual environment will be accessible via both PC and VR headsets to minimize digital divide issues as much as possible. The  Festival will include a fully immersive and social cinema, Cinema House, and a Film Party site with multiple screens and virtual rooms accessible to accredited Festival goers.

The virtual environment will be designed as three spatialized digital venues that will be orbiting the Earth in conjunction with the International Space Station. Shari Frilot, Senior Programmer, and New Frontier Chief Curator described the layout,

More than ever, we need to gather our community in a meaningful way. This is why New Frontier has built three spatialized digital venues that orbit the earth right alongside the International Space Station. And at any time, Festivalgoers can take leave of the mothership to visit the astronauts aboard the Station, in the immersive experience Space Explorers: The ISS Experience, co-directed by Félix Lajeunesse and Paul Raphaël, or spend a night on earth, bar hopping in Amsterdam through IDFA DocLab’s do {not} play.

These virtual spaces orbiting our planet fit into the overarching theme of the New Frontier Program this year. Frilot continued,

The lineup of new media works this year challenge what we once knew to be true. Their works glisten with world building wisdom, and offer time machines that extract the cancer of colonial narratives planted deep within our biology.

Even as we return to some sense of normal in the coming year with a vaccine, hopefully, the virtual environments will become a permanent part of the Festival to bring the work of emerging artists to a broader audience. We’d also like to see the same happen with Burning Man which also went virtual this year. It’s a far less expensive cultural festival but still remains out of reach due to its remote location.

Virtual worlds have tremendous potential to breakdown financial and time barriers – hopefully, they won’t become only a pandemic-specific solution.

But creating a virtual world is about much more than the technical hurdles of hosting content. The challenge for Sundance 2021 will not be providing access to the VR projects but replicating the Festival’s social experience. Much of the magic of Sundance (as with any festival) comes from the impromptu gatherings and conversations with festival-goers before and after the actual content experiences – the VR projects and the films. How do you make social interaction in virtual spaces both spontaneous and natural?  Or, as Frilot put it, how do you achieve that feeling of casually hanging out in a theater when you’re in a virtual space?

Sundance 2021 has one major advantage over others in that they’ve been able to watch what other festivals and conferences have done, not only in film but in the VR XR space. They were the last major film festival in 2020 to hold an on-site event. Shari Frilot shares how they watched others deal with the challenges.

Ever since SXSW was shut down, I watched the community of creative technologists immediately go to work to solve the problem of presenting XR work online. It was really quite moving, and it was really inspiring to watch—festival after festival implementing more and more of what was being developed, and getting better with each iteration. We definitely stand on the shoulders of all of the XR fests to date—so much learning that happened at each and every event.

An overarching goal of Sundance has always been to meet audiences where they are. And this year, they’re on Zoom, they’re gaming, and they’re in XR.

It had to be human in the way human looks like right now. And right now, we are all online and live streaming, while watching our children hangout with their friends inside multiplayer games and having a blast. So we decided we had to design a social platform that could be a home for hundreds of festivalgoers to celebrate the films and meet each other and the filmmakers that looks like Zoom-meets-Fortnite-meets-Legoland.

The Sundance 2021 New Frontier Program will run from Jan. 28-Feb. 3 and is supported by the John D. and Catherine T. MacArthur Foundation, Unity Technologies, Adobe, Dell Technologies, The Walt Disney Studios’ StudioLAB, and Oculus from Facebook.

Here is a quick rundown of the New Frontier VR projects:

Namoo / U.S.A. (Lead Artist: Erick Oh, Key Collaborators: Maureen Fan, Larry Cutler, Eric Darnell, Kane Lee, David Kahn) — A narrative poem brought to life as an animated VR film, and an ode to a grandfather’s passing, this story follows the journey of a budding artist — and his tree of life — from beginning to end.

To Miss The Ending / United Kingdom (Lead Artists: Anna West, David Callanan, Key Collaborators: Jamie Finlay, Steph Clarke, Dan Tucker) — A VR cubicle of cardboard boxes begins to glitch, revealing an empty dark space in front of you – until something glimmers in the distance, a wave of blue flooding towards you. A chorus of real memories and imagined futures expands, until only the largest memories are left. Cast: Charlotte Berry, Michael Dodds, Houmi Miura, Ben Kulvichit, Anna West.

We’ll follow up with more on Sundance 2021 as we get closer to the event.

VR Concert in Notre-Dame with Jean-Miche