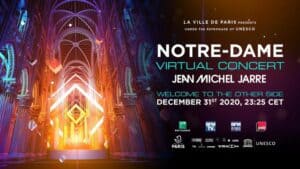 Jean-Michel Jarre returns for his second immersive music event with a VR concert in Notre-Dame on New Year’s Eve, December 31, 2020. His first effort, Alone Together, was an innovative attempt to bring his electronic music to a global audience and music students in Paris. But we were disappointed with the wait time to get into the VR event, and many participants were frustrated at having to log out and log back in (some repeated) to gain access. By the time we got there, he was in the last minutes of his performance. From a technical standpoint, it felt like using the Web back in the 90s. Hopefully, the lessons learned will lead to a better experience this time. 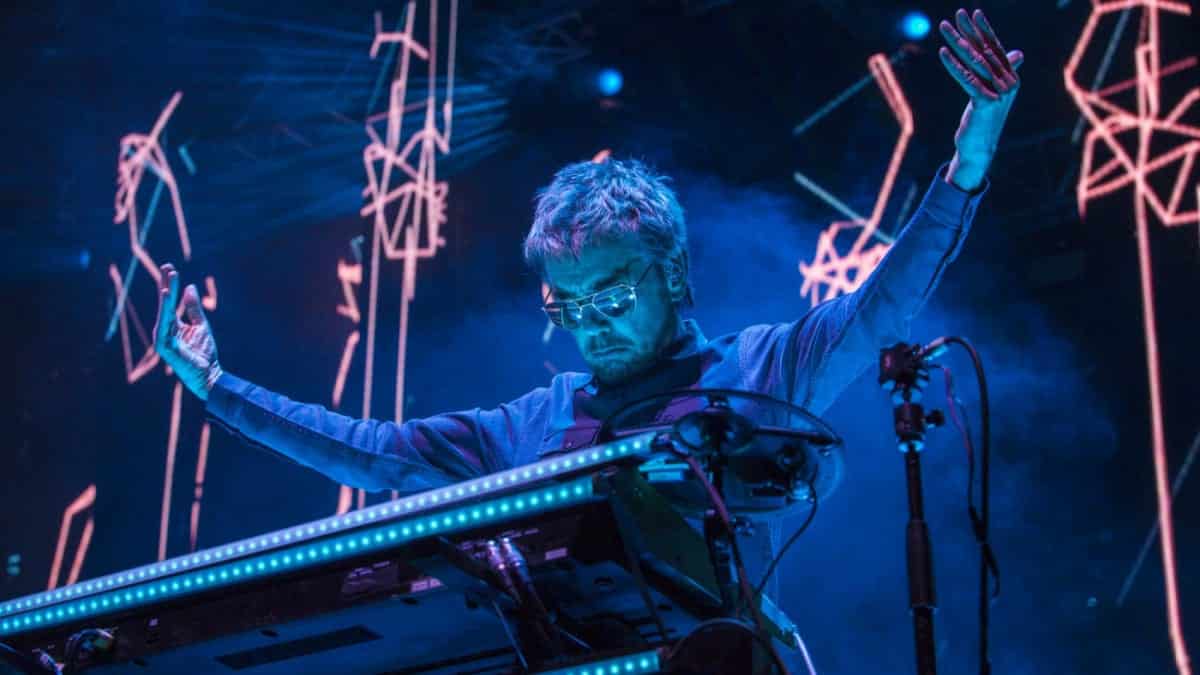 Spending time in VR on New Year’s Eve is probably the safest thing you can do during the COVID-19 pandemic – as long as you’re not sharing your headset with strangers. Since the concert will be broadcast live from Paris, it makes for ideal timing if you’re in the States.

The VR Concert in Notre-Dame 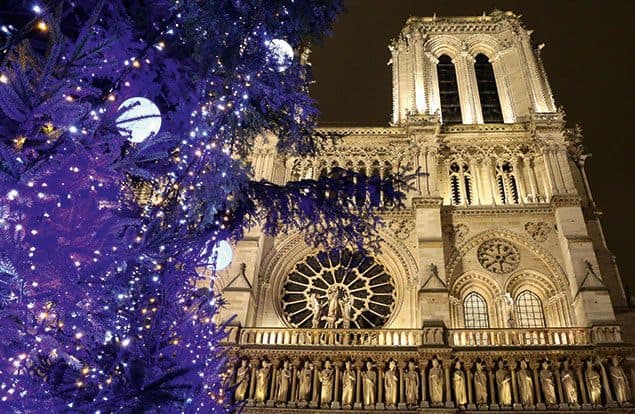 Notre-Dame de Paris, the landmark French cathedral, was severely damaged in a fire in 2019. Until this year, it has always been a special place on New Year’s Eve. Most of the crowd in Paris is gathered around the L’Arc de Triomphe on the Champs-Elysées, a scene that echoes Times Square in NYC (and something we’ve always avoided). However, the cathedral will be closed this year due to the ongoing renovation work. Surrounded by scaffolding, it’s hardly an uplifting sight.

For the live VR concert in Notre-Dame, Jean-Michel Jarre will utilize a nearby studio with his avatar in a virtual replica of the setting. According to Pollstar,

You can access the concert on New Year’s Eve on headsets using the social VR platform VRchat, and through any mobile device, and PC or Mac.

If Jean-Michel Jarre’s electronic music isn’t to your taste, there are other ways to have an immersive experience of Notre-Dame. We have to start with the amazing re-creation of the cathedral in the game Assassin’s Creed Unity. Two years of painstaking work went into this effort, and while it was not meant to be 100% accurate, it may still be useful as a resource for the reconstruction (which the Paris-based maker of the game Ubisoft is donating money to).

Here is a breathtaking 4K 60FPS video of climbing the cathedral from the game.

For a VR experience, check out the short but stunning 360 video filmed by BBC in the months before the fire.

There are several other immersive options as well. Engage has a flat video of their VR tour, as does Targo with their VR documentary (available through Oculus TV) on the rebuilding. The founders of Targo, Chloé Rochereuil and Victor Agulhon, created a 360 video for Flyview, the location-based VR company in Paris, that takes you into the cathedral before and during the reconstruction.

Before the fire, Targo posted a 360 video on The Man Behind Notre-Dame online, which gives you access to some of the smaller spaces in the cathedral.

VR music experiences are finally beginning to mature as the pandemic has pushed artists to become more innovative. Our favorite remains Lindsey Sterling’s remarkable live performance in VR back in August. She gets the DNA of virtual reality – the feeling of immersion, the need for movement, and providing the audience with a sense of agency. Jean-Michel Jarre didn’t get there in his first attempt, but he does understand where we are today with XR technologies.

Virtual reality is to the performing arts today what cinema was to the theatre in its early days, a kind of curiosity. I believe that VR will become tomorrow, a mode of expression in its own right.

Indeed, it will. And we hope to see you at the live VR Concert in Notre-Dame on New Year’s Eve.