Readers of Digital Bodies will know that we see Social VR as critical to the future of Virtual Reality. Immersive experiences are compelling but there’s nothing so powerful as connecting with others. For VR to take off in Education and other areas, we need more than a VR headset as a modern variant of the Skinner Box. We want to engage with others in our virtual environments.

We’ve highlighted the major projects already underway. AltSpaceVR has staged cutting-edge events with performers such as Reggie Watts in its Front Row app. vTime takes a less ambitious approach but offers an incredibly fun and easy to use platform.

And on Wednesday, Hulu VR released its own take on social VR with an update for Oculus and its app for Samsung Gear VR. Hulu is leveraging Facebook’s research on social VR over the past year and it shows. It’s a well executed platform that puts you in a virtual environment with your friends.

Here’s the details from TechCrunch:

Today, Hulu is updating its Gear VR and Rift apps to support Oculus’ latest social features. On Gear VR, users will soon be able to check out the Oculus Avatar and Rooms features, allowing everyone to watch Hulu’s 360-degree content together while paid subscribers will also be able to hang out in a virtual room and watch 2D content on the big screen.

Meanwhile, on the Rift, the app has enabled support for the Oculus Touch controllers so users can manually fidget around with the virtual environments while waiting for commercials to end.

The hands for the avatars are not all that effective yet – not up to what Facebook demoed with its VR experiments at OC3 last fall. And with the Samsung Gear VR app, there’s still no hand controller. But that will come in the near future.

The most interesting element is the support for virtual rooms for paid subscribers. It’s similar to the Front Row feature in AltSpaceVR but with more of a focus on the social engagement opportunities. This is Facebook after all, so you wouldn’t expect anything less. But the social dimension is what’s needed for VR to become widespread in educational settings. It won’t be long before we laugh at the Herculean efforts we currently go through to foster presence in online courses.

Presence? Why I’m sitting right next to you in a virtual space. Why was this ever a problem?

Hulu’s VR upgrade will put pressure on Netflix and other platforms. And completely missing in this space is Sony’s PSVR and Google’s Daydream. Neither one seems to have a social strategy when it comes to immersive experiences. And that’s too bad as PSVR is the largest selling headset and Daydream has its amazing hand controller. They’ll come around shortly – by the end of this year we predict.

For all the fascination of seeing the avatars of others in virtual environments, this is only the beginning. Right now, social VR seems a bit like the lost civilizations of our early dial-up Bulletin Board Systems (BBS). All the rage in the 80’s and 90’s, they were swamped by the arrival of a media-rich Web. In the near future, VR becomes deeply social. When that happens, the solitary VR experience will only be a small part of our ubiquitously virtual lives.

And that’s a game changer all around. 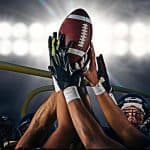 The Super Bowl in VR – This is Jus 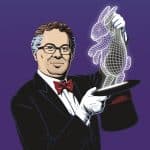