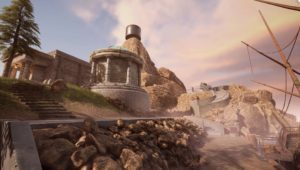 Remember Cyan World’s groundbreaking and now classic game? You likely know it well if you have a few gray hairs or any interest in the history of gaming. Myst transformed game environments back in 1993 with its mesmerizing scenes and fascinating puzzles – all done through point-and-click on a PC. We may be in for another breakthrough with Myst VR, which was announced at Facebook Connect and will be available for the Quest 2 on December 10th.

The original Myst was from another era, long before the days of social media, WordPress, even PHP by a year or two. As UpLoadVR notes, it took custom-modded Hypercard by Rand Miller and his brother to get it out the door.

In the original Myst, Miller and his brother Robyn used a custom-modded version of Hypercard, a card-based slideshow/development program built into early Macs, to help gamers move through beautiful environments, searching for clues to solve puzzles. Hypercard didn’t come with the ability to show color, so they had to program that in.

Here’s the trailer for the 2020 version of Myst in VR, which arrives just as we are getting ready for the holidays.

And if you want a fascinating comparison with the past, Matt Giuca has put together a quick video with simultaneous screenshots of all the versions since 1993.

We don’t know a lot about the game other than what the trailer reveals. Cyan says it will include “. . . new art, sound, interactions, and even optional puzzle randomization.” Too bad it will still be a single-user experience as virtual reality is moving so quickly into social environments. Perhaps that will come in a further version down the road.

Obduction as a Myst VR Precursor

Just as the original Myst broke ground for the PC, Obduction was Cyan’s first foray in virtual reality and introduced many users to photorealistic VR environments. That game was born as a Kickstarter project back in 2013, and – get this – VR became one of the stretch goals for the funding. The game arrived to critical acclaim, but the VR version took until 2016. And while everyone loved the graphics, it was pushing what the Oculus Rift – and virtual reality – could do at the time. 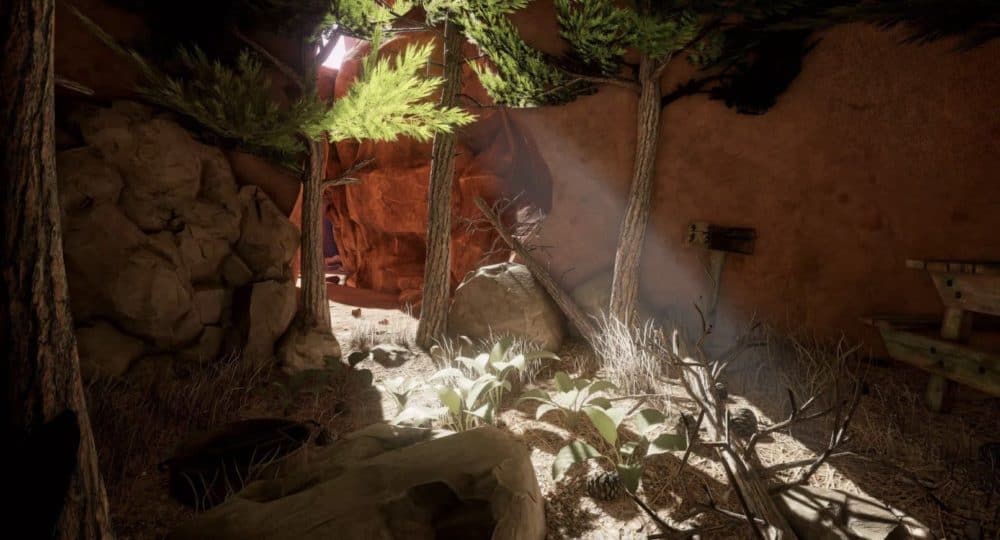 Obduction leveraged everything it could out of Unreal Engine 4, even down to the individual blades of grass. That now seems almost quaint given how rapidly Unreal is evolving these days, but back then, it made for a jaw-dropping experience.

The Challenge of Environment Versus Activity

One of the challenges in virtual environments is balancing the richness of the environment with the game-play. As Adi Robertson said back in 2016, Obduction was visually compelling but difficult to play in VR.

But ironically, the more visually immersed I was in the game, the less immersed I felt in the gameplay. The first time I saw something like Obduction’s canyons, it was incredible. The second time, though, I’d started canvassing the area to figure out what I should be doing. By the 10th or 20th, I was too busy looking for a button or lever to really care about the scenery. Having to painstakingly pick my way across the game’s large, intricate maps point-by-point just became frustrating. Eventually, I switched to playing on a screen until I reached a new area, donned the headset again to absorb the space in its full glory, and took it off to get down to business.

Myst in VR may not face the same issues with the display quality of the Quest 2. But with the Quest 2 update rolling out this week with 90Hz graphics, and the option to use the Oculus Link Cable (finally out of beta), the same challenge may arise. I noticed it repeatedly in Half-Life: Alyx, where there were times I just wanted to stand on a balcony or wall and marvel at City 17 until I realized a Combine unit was trying to gun me down. It will be interesting to see how Myst VR balances these competing demands.

In this respect, VR is no different than real life. If you’re in a rush to drive somewhere, you won’t notice the scenery. And if you take the time to soak up everything around you, you won’t get where you’re going all that quickly. The only difference with immersive environments is that we’re the ones designing them. It’s up to us to balance the compelling visuals with what we want game-players to do. And this is why the storytelling element of virtual environments is so important. It’s the critical piece that links together what you see and what you do into an all-encompassing world.

We’re looking forward to Myst in VR – it may just be a catalyst we need to revolutionize VR gaming.