Movie director Ridley Scott is working on a secret Virtual Reality project. The 78 year old filmmaker, well-known for his science-fiction work, has been this year with The Martian coming out along with work on a follow-up to Blade Runner and a Prometheus sequel. 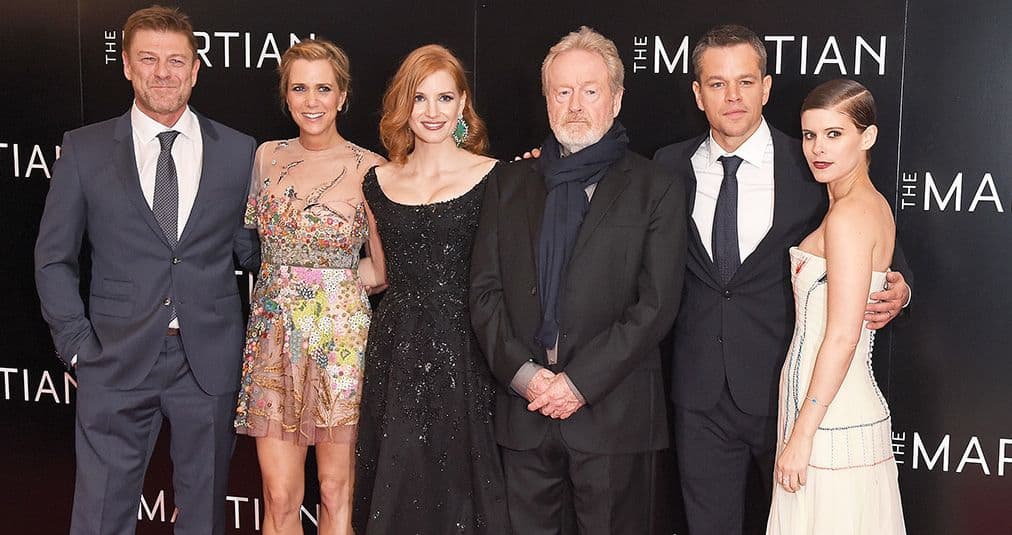 Stupid not to do Virtual Reality

Have you considered using virtual reality for a film?
You have to go for it. You’ve got to, you’d be stupid not to.

Would you like to do one?
I’m in one now — I shouldn’t say which [movie]. People say, “You can’t have the theater with a room full of people with helmets on.” Therefore, it points to me as probably a domestic experience, where you can sit in a room like this and [walk] through a whole universe by yourself, and then pass it on to your family. Or get two or three helmets and do the same thing. Though you’d walk into each other, so you better go in another room.

Are you doing it for a feature film?
They’re already doing some for The Martian. A little late, but it’ll come out [in the form of a 15-minute Oculus Rift experience]. The effects from The Martian are done from the point of view of the astronaut. It’ll be, what you can do to save your life? I think people are very curious about the film, and the reaction has been very good. It’s got an emotional ending, which is optimistic, which I think in today’s world plays very nicely.

The VR Challenge for filmmakers

As Scott notes, the real challenge for directors in doing virtual reality is the physicality of the viewing experience. Traditional filmmaking keeps you in your seat (even if on the edge of it), but in a VR experience, the audience will want to stand up and move around. The experience would be disjointed if you are constantly bumping into strangers.

Will it mean (as Scott suggests) that movie watching will become an at-home experience? Or that the large scale theaters (at one time, palatial experiences in themselves), which have already given way to multiplex spaces, will become smaller spaces still? Rows of small viewing rooms for 4-5 people each, all wearing VR headsets?

Perhaps movie going will become an experience that you share only with family and friends. Some day in the not-too-distant future, people may wonder how we actually went to theaters and watched movies while sitting next to total strangers.

As for myself, when I tried out the short Oculus Rift movie at the Tribeca Film festival, I was happy to be in totally alone in a viewing booth. The sensory experience was overwhelming as I swayed back and forth on my feet and eventually sat down, cross-legged, on the floor. The furthest thing from my mind was the possibility of others in the same space.

Will it be big? It will be enormous

So tell us, Ridley, what can we expect?