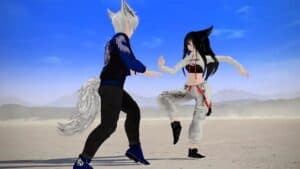 The web transformed how people connect and form relationships decades ago, and the arrival of virtual worlds and the future Metaverse promises an even more seismic shift. A new HBO documentary, We Met in Virtual Reality, explores the possibilities by looking at life, love, and intimacy on VRChat. The film by director Joe Hunting premiered at the 2022 Sundance Film Festival and was shot entirely in VR.

Joe Hunting’s film is a groundbreaking look at the new frontier of human relationships.

Motivated by the humanity at the heart of technology, he reveals a world in which gender, sexuality, disability, and trauma are being navigated with an entirely new set of tools to find a fresh flavor of freedom that only an alternate reality can offer.

VRChat was once the “Wild West” of social VR and still offers fewer restrictions than many virtual platforms, but over the years, it’s become a popular gathering place in virtual reality.

The Beautiful and Complex World in VRChat

Here’s the short trailer for We Met in Virtual Reality.

In his review in The Film Stage, Juan Barquin says,

Hunting’s gaze is one of respectful voyeur; each intimate confession about virtual reality allowing people to be their true selves and find connection comes across as heartwarming rather than exploitative. There’s a beautiful sincerity to the way his subjects discuss this world they inhibit, the freedom it gives them, that’s rare in depictions of virtual reality, which is often saddled with undue negative cultural criticism. It’s in something as simple as a brief scene between users discussing what control an avatar gives them over their identity and the fluidity of representation.

And it’s refreshing to see the characters filmed from within virtual reality. Too often, our depictions of VR experiences often include a real person wearing a headset with a simulation of the virtual experience. Diving inside to see it from their perspective brings a level of authenticity we seldom see.

Is VRChat The Future Of Human Relationships?

Of course, We Met in Virtual Reality feels a little like a COVID-19 lockdown film created in response to the intense personal isolation many experienced during the pandemic. And indeed, it is. But it’s also a glimpse into the future of human relationships as virtual worlds and avatars are increasingly lifelike. 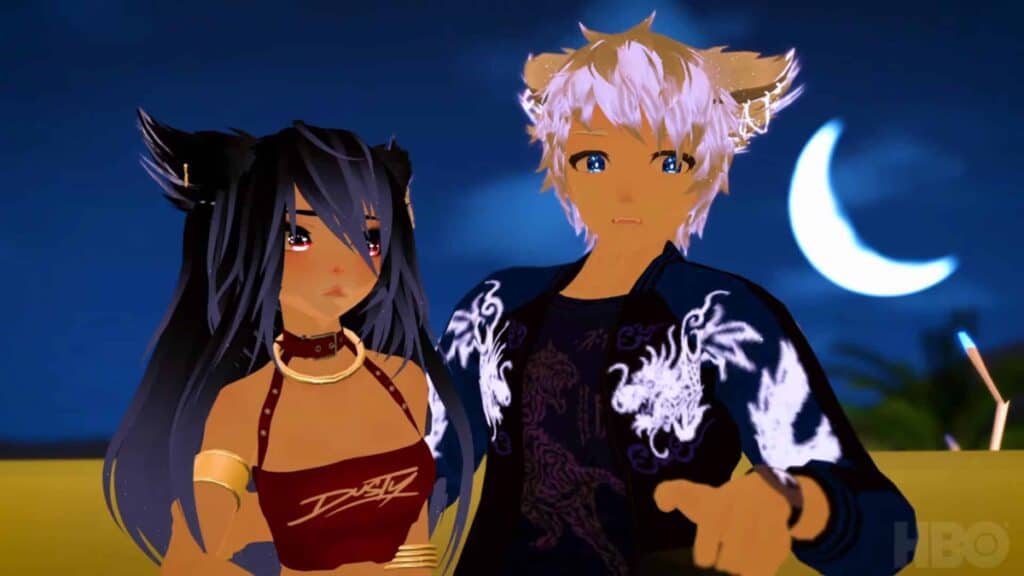 If the film seems farfetched, reflect on how we connect and form relationships online. In my early days of teaching adult students, when one of them mentioned that they met their spouse online, the rest of the class responded with surprise and even shock. A decade later, the same comment elicited nothing more than questions of “What platform did you use?” We’re at the same initial stage for VR; a decade from now, relationships that start – and even continue in VR – will seem commonplace.

How Will VR Transform Relationships?

While VRChat may not be around in another decade, more powerful and realistic platforms will as HMDs shrink in size and much better bandwidth supports more realistic virtual environments. Those worlds will reshape our relationships, just as our smartphones have transformed how we connect. The more intriguing questions are what happens to love and intimacy in the Metaverse? Will our analog selves be satisfied with haptic-enhanced virtual caresses? Will we be more tolerant of being alone in real life, as some of the characters appear to be in the film? Will it reshape what it means to have a home and lifelong partner? And what will happen to those who don’t have full access to virtual worlds and the Metaverse? Will they be ignored or even ostracized by those who do?

None of these questions are easy to answer, and we’ve already seen how virtual environments raise profound ethical challenges. But, as the Metaverse comes into being, the boundaries between the real and the virtual will be blurred and eventually erased. We Met in Virtual Reality is a fascinating glimpse into what now only appears as the hazy outlines of our virtual lives in the future.