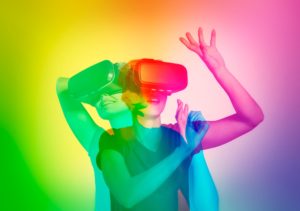 A report today from Bloomberg News provides details on Facebook’s effort to develop a new Oculus Quest VR headset. From our conversations at OC6, we were expecting to see a new Quest this year. But with the Coronavirus derailing global production and supply chains, a new standalone HMD may not arrive until early 2021.

While Facebook doesn’t break out the numbers, the Quest has been wildly popular – when people can get it. Until last week, it’s been out of stock throughout spring 2020. It’s available now on the Oculus site, but the current shipping date is now mid-summer (July 6th).

The social-networking giant is working on multiple potential successors to the Quest. Some models in advanced testing are smaller, lighter, and have a faster image refresh rate for more realistic content, according to people familiar with the matter.

Delivering a smaller and lighter HMD remains an ongoing challenge for standalone devices. The best solution might be to rebalance the weight so that some of it falls on the back of your head instead of the front. The current Quest is 1.25 pounds, one of the few drawbacks to the popular headset. It’s hard to imagine that Oculus could deliver a device weighing less than a pound with decent battery life.

In terms of the design for the new Oculus Quest headset,

. . . Facebook is testing the removal of the fabric from the sides and replacing it with more plastic like the current Oculus Rift S. It’s also considering changing the materials used in the straps to be more elastic than the rubber and velcro currently used, according to the people familiar with the matter.

Facebook has no doubt noticed that the aftermarket is already offering solutions to modify the design to redistribute the weight – and in some models, remove the middle strap that goes over the top of your head. The middle strap can become an issue for people who have a lot of hair – or who simply don’t want it messed up by wearing an HMD.

The Quest arrived last spring without a state-of-the-art processor and only a 60Hz refresh rate. That made it easier to develop and kept the price to $399. The new Oculus Quest HMD will upgrade the display:

The updated refresh rate of the new Quest VR headset is at least 90Hz, up from the current model’s 60Hz for movies or 72Hz for most VR tasks, making video and games appear smoother. The company is testing some Quests with screens capable of displaying up to 120Hz, but the company could cap this at 90Hz to preserve battery life . . .

The ideal for us would be an adjustable refresh rate that could run at higher levels when tethered to a PC with the Oculus Link but drop back to 90Hz when running as a standalone HMD.

The report mentions “multiple models” so that could be Facebook’s solution to the display refresh rate. We could see a basic low-cost version for educational organizations and public events and a high-end unit for use in VR labs and the healthcare sector.

Of course, Facebook won’t confirm any of these details, and any predictions could be undermined by the course of the COVID-19 pandemic. And these are tough times for the immersive tech market, as the Magic Leap layoffs confirmed. But the Quest has already been a significant catalyst for VR adoption and a smaller and lighter version is the key to widespread public acceptance.

We’d love to see it available by this fall, especially with the challenges faced by educational and arts organizations to deliver remote learning and create gathering opportunities. Lord only knows we need something more than Zoom.

But unless the economy improves by early summer, don’t expect to see a new Oculus Quest before spring 2021.