We came across Apple’s latest patent for a Virtual Reality headset – fittingly enough – as we were watching the 2018 Winter Olympics. We’ve been viewing the event on both an Ultra HD widescreen TV (simply gorgeous eye-candy) and through the VR Olympic broadcasts (more on that later) brought by Intel’s True VR platform and NBC.

It’s no surprise that it’s much more comfortable watching it on a tradition screen instead of Virtual Reality. The main problem with VR headsets has been the same all along – weight and bulk. Even if there’s been remarkable progress in the evolution from Disney’s massive headsets in its failed VR project in the 1990’s (part of Disney Quest) to the “portable” units we use today, they’re still too heavy.

It would be ironic if Apple with its focus on AR, turned around and solved a major challenge for Virtual Reality. And it’s not outside the bounds of possibility given the company’s surprising recent purchase of Vrvana, a VR headset maker. 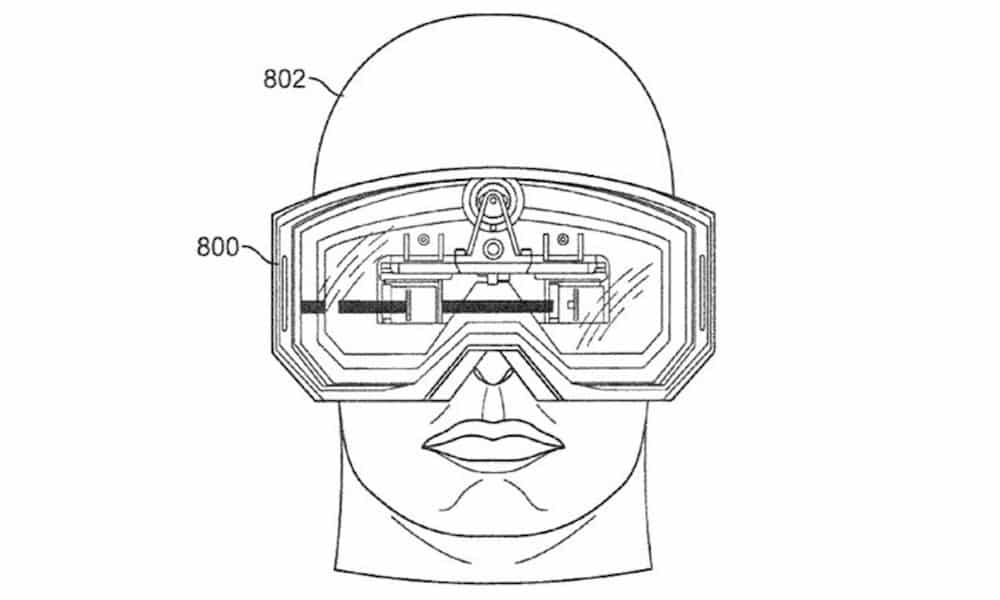 We know they’ve been working feverishly on both VR and AR (more on the latter if Tim Cook is to be believed). According to PatentlyApple (which watches Apple’s patent filings), the company now has a patent for so-called “Optical System for Head-mounted Display”. The filing covers a lightweight, multi-lens arrangement that would dramatically slim down our current headsets.

SlashGear has a description of the HMD in Apple’s Virtual Reality patent:

Apple’s idea is to use a so-called catadioptric optical system, already fairly commonplace in telescopes and some camera lenses. By folding the optical path using stacks of lenses and mirrors in convex and concave shapes, they can be much shorter and more compact than other lenses. They also address chromatic aberration, where not all wavelengths of light are focused at the same convergence point, and thus color fringing is observed.

Although catadioptric optics are less commonplace for camera lenses now, they do have significant potential benefits for wearable displays. One of the issues AR and VR headset-makers face is providing a big enough image from a micro-display without making the whole assembly bulky and unwieldily. As a result, the usual strategy is a combination of a relatively small display that relies on magnifying lenses to enlarge it to suit the wearer’s vision.

Apple’s idea would potentially replace multiple such lenses with a far more compact catadioptric lens assembly. Such a headset could be equipped with both inwardly-focused and external cameras, Apple speculates. That would allow the system to do head-tracking with relation to 3D space around the wearer, but also gaze tracking for their eyes.

Six Degrees of Freedom with eye-tracking in a slimmed down headset would be a major breakthrough. It will happen at some point – it’s just a question of when. And when the HMD breakthrough comes, our Rifts and Vives will suffer the same fate as our old Smartphones and other outdated technology – sold off on the cheap, or stuck in a drawer.

Obviously, the final product could look very different than what is including in the application. But some sort of ski goggle-type HMD (about as close as we can pin it down based on the patent description) would surely be more comfortable than what we have now.

Then we could focus on the creative aspects – the appropriate length for VR experiences – without having to consider hardware issues.

All this is speculation as most patent applications never get past the filing stage. If you’re interested, you can check out Apple’s idea in the patent filing. It would be fascinating if the company with its fixation on AR turned around and solved one of virtual reality’s biggest problems. 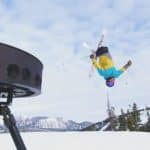 The 2018 Winter Olympics in Virtual Real 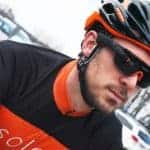