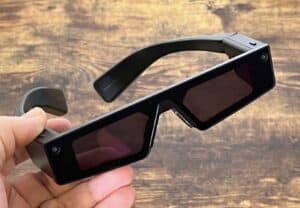 Snap’s recent acquisition of NextMind is a fascinating bet on the possibilities of a brain-computing interface (BMI) in our future smart glasses. NextMind is an innovative French company developing a compact $400 BMI device. Long-term, it could be a solution for interacting with our virtual experiences, though it’s not without its challenges.

Here’s the announcement from Snap’s blog:

We’re excited to share that Snap has acquired NextMind, a Paris-based neurotech company. NextMind has joined Snap to help drive long-term augmented reality research efforts within Snap Lab. The team will continue to operate out of Paris . . . .

. . . . Before joining Snap, NextMind developed non-invasive brain computer interface (BCI) technology in order to enable easier hands-free interaction using electronic devices, including computers and AR/VR wearables and headsets. This technology monitors neural activity to understand your intent when interacting with a computing interface, allowing you to push a virtual button simply by focusing on it. This technology does not “read” thoughts or send any signals towards the brain.

Snap Lab is the company’s research arm exploring the possibilities for wearable tech’s future, including Spectacles, its AR glasses first released in 2016. While the device is on its third iteration and has been a (repeated) commercial flop, Snap continues to forge ahead in developing a pair of smart glasses.

Developing smart glasses has presented a string of challenges, which is why Apple and Meta Platforms have yet to release their own devices. Weight is an issue as we’re unable to incorporate a reasonably-sized battery into eyeglass frames that are both stylish and comfortable. Interfaces that utilize voice recognition or hand gestures have evolved, but not to the point where the average consumer is comfortable with them. A brain-computer interface sounds like the ideal solution . . .

. . . until you consider the new challenges it raises.

We can start with hair. Yes, human hair. Brain-computer interfaces require contact between the sensors and skin, and for a good portion of the population (which tech developers often ignore), that can be an issue. The NextMind device is incredibly small – far better than the BMI solutions in the past. But even the company’s own images reveal the challenge. Everyone wearing the NextMind device is a guy with short hair or a woman who has her hair tied back. While it may ultimately lead to a workable interface, it’s hard to see the broader consumer market adopting it.

There is also the question of using smart glasses if we have to wear a secondary device on our heads. It can be challenging enough to push the tethered-to-a-smartphone solution – but at least we always have our phones with us.

Other BMI Solutions In The Works 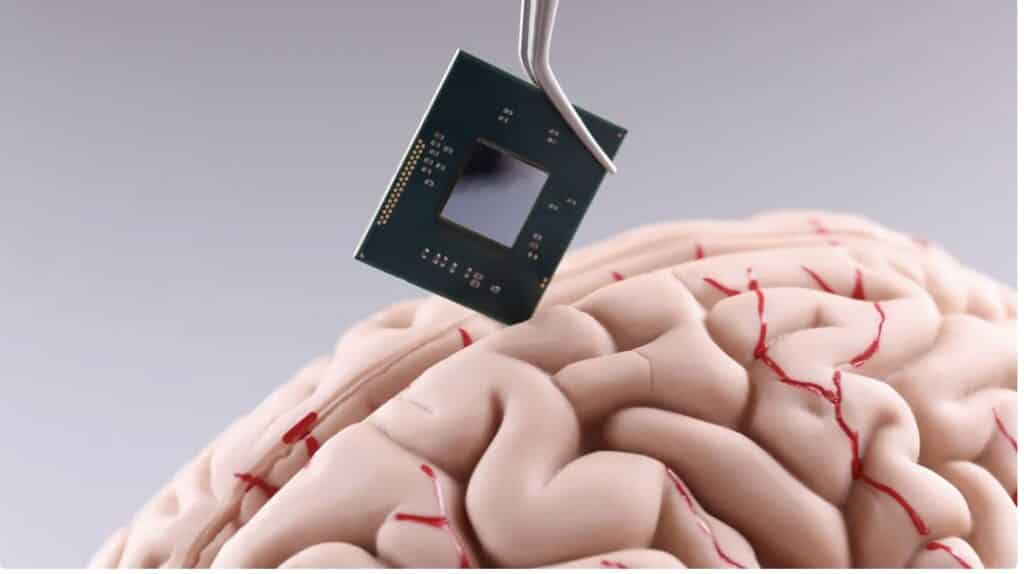 NextMind isn’t the only game in town when it comes to using a brain-computer interface to interact with our tech devices. As The Verge notes,

There’s Elon Musk’s Neuralink, which literally implants a device in the human brain and is gearing up for clinical trials. Valve is working with the open-source brain interface project called OpenBCI. And before its rebrand to Meta, Facebook catalyzed wider interest in the space with its roughly $1 billion acquisition of CTRL-Labs, a startup developing an armband that measures electrical activity in muscles and translates that into intent for controlling computers.

Of course, all of these raise fundamental privacy issues that go far beyond the challenges we face today. Some of the solutions are literally invasive – such as Neuralink – while others promise a more indirect enhancement. But given the track record of social media, trust won’t come easy.

A Bet On The Future

Snap has been on an acquisition and hiring spree of late, reaffirming its commitment to developing functional smart glasses. In acquiring NextMind, Snap is banking on the BMI device simultaneously scaling up in accuracy and shrinking down in size. If it gets small enough – say, a device you wear over your ears like the Powerbeats Pro earphones – consumer adoption will no longer be a challenge. But anything larger will encounter resistance.

NextMind’s brain-computer interface won’t solve the challenges AR glasses face today, but as a Snap spokesperson told The Verge, it’s a long-term bet. Would you wear a mind-reading device if your smart glasses required it? It may be a decision you’ll have to make to make in the not-too-distant future.