If you’re looking for a strikingly critical review of the Magic Leap One, look no further than Palmer Luckey’s blog. He does a brutal teardown of the innovative HMD, and we don’t mean iFixit’s literal disassembly of the device (which Luckey was also involved in). For the Oculus Rift creator, ML1 nothing more than a HoloLens 1.1.

Of course, Magic Leap’s CEO Rony Abovitz wasn’t about to let this slide by. Abovitz struck back on Twitter, calling him “. . . bitter, angry, [and] banished.” So pull up your seats for a ringside tech battle.

Some will see Palmer Luckey as the petulant kid who got kicked out of the immersive tech playground after his controversial political moves. Others might conclude that he doesn’t have to worry about making more enemies than he already has. He still remains controversial with his virtual border wall project.

By no means does Luckey get the last word with us. We’ve covered other Magic Leap reviews, including the evenhanded assessment from David Gull, CEO at Outer Realm.

But if you’re interested in the device, you might consider his Magic Leap teardown. An occasional battle over the tech in our Reality-Virtuality Continuum is healthy for the industry. All too often, we seem to march in lockstep with each other which lets the hype soar unchecked.

You could ask if any of this really matters when it comes to our usual concerns at Digital Bodies – storytelling in VR, how immersive experiences will reshape human behavior, ethical issues, etc. Truthfully, the tech debates are the least interesting part of the VR/AR landscape – see our SXSW and SXSWedu proposals for what we think really matters.

But Magic Leap is different with billions in funding. And the years of promises that (as Luckey notes) have sucked the air (and possibly the funding) out of the AR space. If the technology can’t deliver, then the impact on human behavior isn’t there.

So for what it’s worth, here’s Luckey’s Magic Leap teardown. You can catch his full analysis over at his blog. 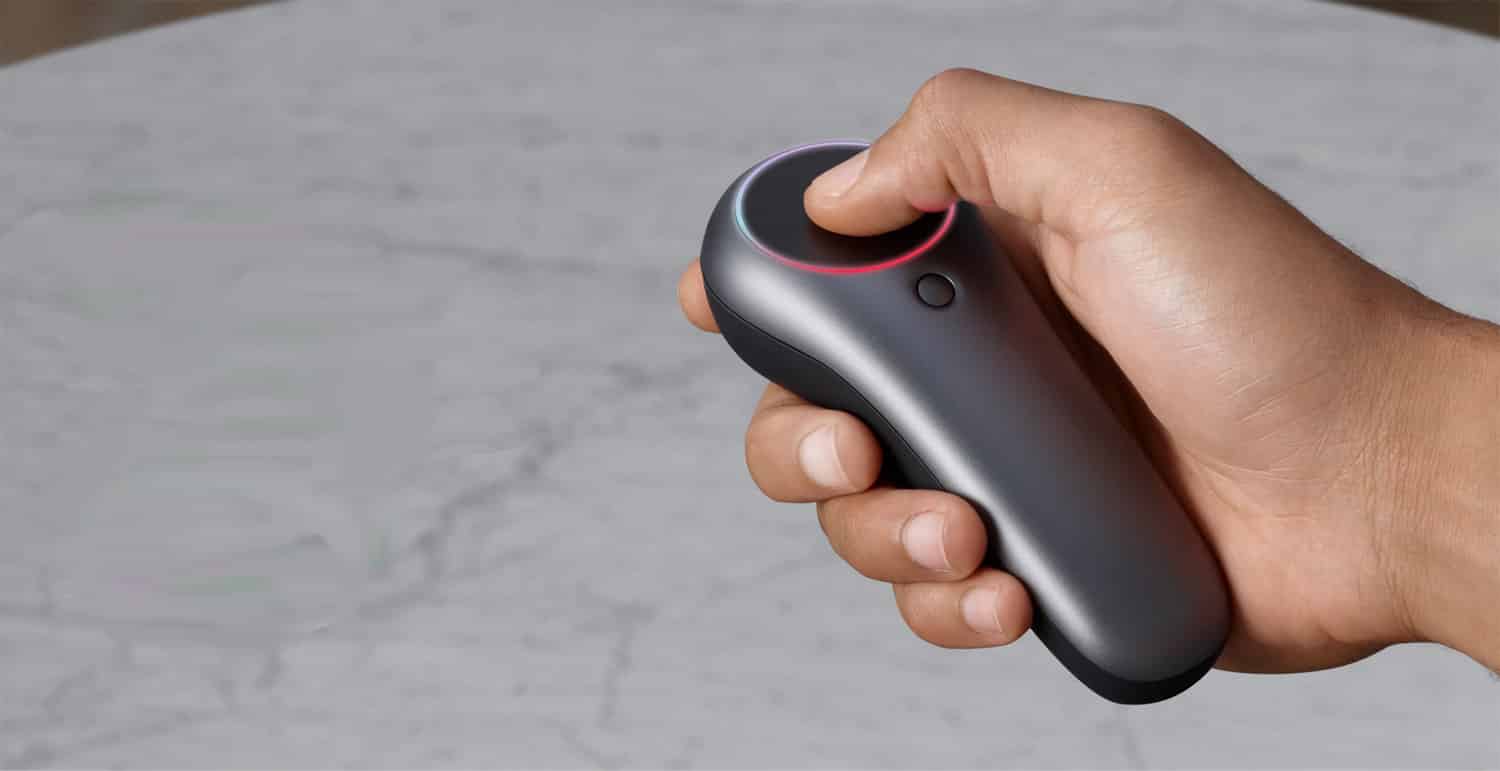 First, the controllers fail for not having a clickable trackpad and relying on magnetic tracking:

Tracking is bad.  There is no other way to put it.  The controller is slow to respond, drifts all over the place, and becomes essentially unusable near large steel objects – fine if you want to use it in a house made of sticks, bad if you want to work in any kind of industrial environment.  Magnetic tracking is hard to pull off in the best of cases, but this is probably the worst implementation I have seen released to the public. . . . From the Magic Leap developer manual: “6DoF tracking is stable in slow to moderate motion. It also recovers and relocates quickly in case of fast or sudden motion (e.g. boxing or fishing – like movements).” 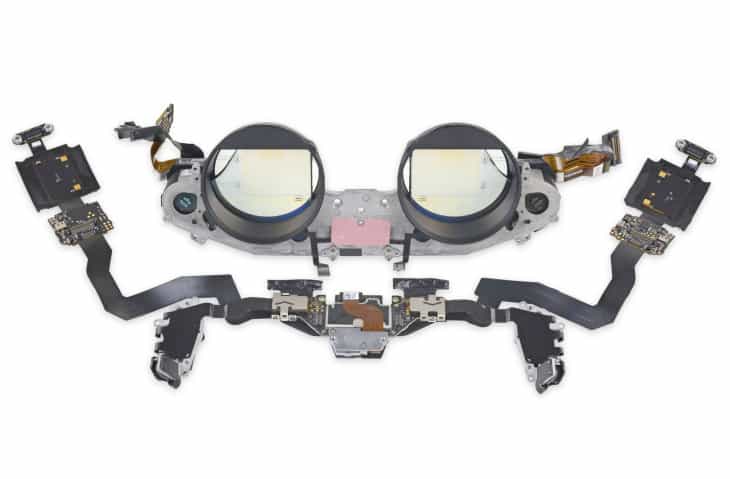 Second, despite all the promises, a teardown of the headset turns out to reveal technology that’s been around for years:

They call it the “Lightwear”. This is the part that has gotten the most hype over the years, with endless talk of “Photonic Lightfield Chips”, “Fiber Scanning Laser Displays”, “projecting a digital light field into the user’s eye”, and the holy-grail promise of solving vergence-accommodation conflict, an issue that has plagued HMDs for decades – in other words, ensuring that the focus of your eyes always matches their convergence, something that Magic Leap has touted as critical in avoiding “permanent neurologic deficits” and brain damage.  It is even more important for AR than VR, since you have to blend digital elements with real-world elements that are consistently correct.

TL;DR: The supposed “Photonic Lightfield Chips” are just waveguides paired with reflective sequential-color LCOS displays and LED illumination, the same technology everyone else has been using for years, including Microsoft in their last-gen HoloLens.  The ML1 is a not a “lightfield projector” or display by any broadly accepted definition, and as a Bi-Focal Display, only solves vergence-accommodation conflict in contrived demos that put all UI and environmental elements at one of two focus planes.  Mismatch occurs at all other depths.  In much the same way, a broken clock displays the correct time twice a day. 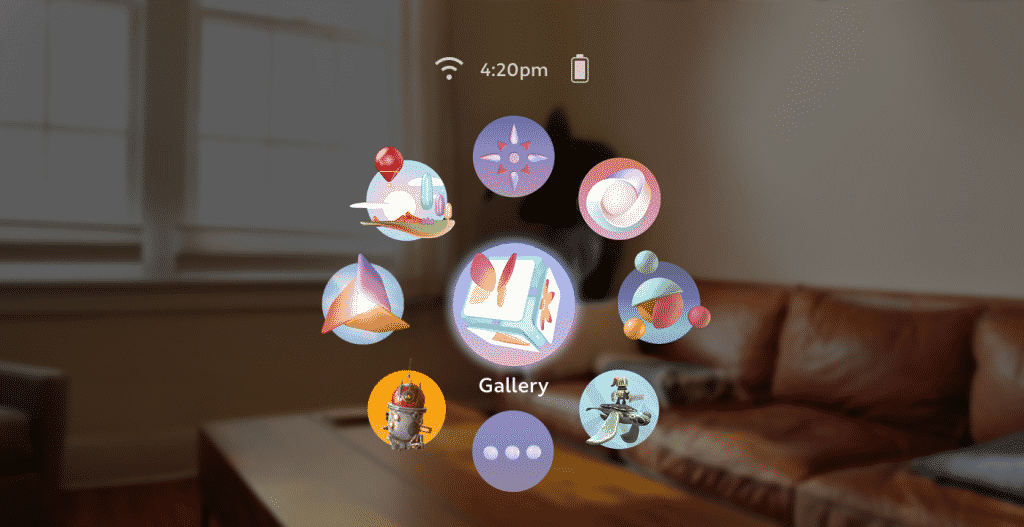 Finally, when it comes to the new operating system, have a seat:

I will keep this part short.  I hope Magic Leap does cool stuff in the future, but the current UI is basically an Android Wear watch menu that floats in front of you.

All is not lost. Palmer Luckey gives the “Lightpack” which off-loads the processor and battery from the HMD, an “A+”. This is still the only way to make a decently powered wearable device while avoiding the weight. But other than that concession, he finds little to like. It’s slightly better than a HoloLens and slightly worse than a HoloLens.

As Shawn Knight has noted in TechSpot, Luckey’s negative take may in part be due to his own role in the modern VR era. Pushed out from Oculus, he’s been on the sidelines while Magic Leap has been center stage for the past few years. In contrast, Adi Robinson has said the device is more like a “magic step” than a “leap” but heading in the right direction.

We firmly believe Mixed Reality will transform learning and find widespread applications in business. But Palmer Luckey’s Magic Leap teardown is helpful in keeping the hype in check. We will be watching how the debate unfolds.