There hasn’t been much news on the Mixed Reality front, so it’s good to hear that Magic Leap’s new headset will arrive by the end of this year. After years of promises for devices that incorporate the best of AR and VR, the past two years have been an onslaught of dismal news. Microsoft repositioned their HoloLens as an enterprise device, as did Magic Leap. And the latter went much further, with layoffs of a third of its staff and the exit of CEO Rony Abovitz. All that talk about how Mixed Reality would foster inspiration and creativity, becoming an innovative tool for artists, vanished in lackluster sales and awkward interfaces. To see how low Magic Leap fell since the Magic Leap One release in August 2018, eBay is listing a unit in mint condition for only $800 this week.

In some ways, the idealism got ahead of the technology (which seems to happen frequently in Silicon Valley). At $2K-$3K for devices that made you feel like you were wearing a helmet or thick steampunk glasses, they were never going to see consumer adoption or even wide use in universities. Needless to add, there are still several promising opportunities for these devices in healthcare and engineering, fields with more resources to spend on hardware. But innovative artistic projects were few and far between, with the remarkable Breathe at last year’s Sundance Film Festival feeling like a (pardon the pun) last gasp for the creative side of Mixed Reality. 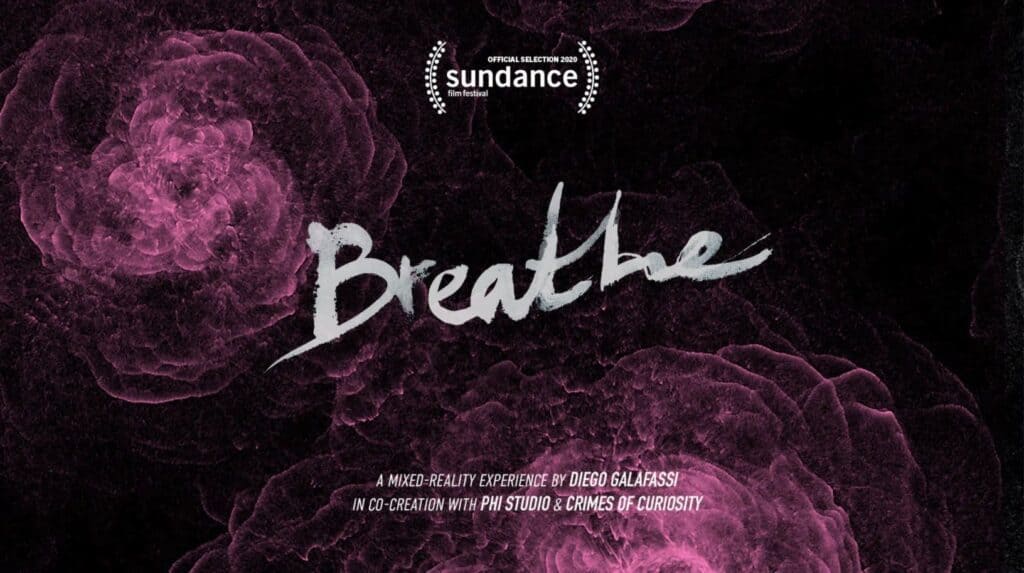 At the Future Investment Initiative (FII)  in Riyadh, Saudi Arabia, CEO Peggy Johnson didn’t give us many details on Magic Leap’s new headset. Here are the broad strokes of what we do know (from Road to VR): “50% smaller, 20% lighter, with 100% larger field of view.”

Looking at the first-gen Magic Leap headset itself, and not taking into account the compute unit, the 2018 version weighs 316 g, which would make the second-gen device approximately 250 g.

As for FOV, Magic Leap 1 features a 4:3 aspect ratio, and an estimated horizontal FOV of 40 degrees, a vertical FOV of 30 degrees, and a FOV diagonal of 50 degrees. There’s no telling what aspect ratio the next Magic Leap headset will feature, or how the company will effectively market its ‘100% larger’ FOV moving forward; the company only quotes the diagonal FOV of 50 degrees in marketing material.

Given that Magic Leap stretched the truth on how they calculated the field of view for the first-gen unit, we’re not really expecting a 100% greater FOV for the gen-2 headset.

We’d love to be optimistic and go with some of the comments on Twitter that see Magic Leap gen-2 headset as a competitor to Apple’s future AR glasses. But Apple is simply too good at consumer products and will blow right past Magic Leap. Apple will have competitors – notably Facebook and companies like Nreal, which is undoubtedly what they are targeting.

It’s happening! We may finally see the @magicleap device everyone’s been waiting for! God knows that market needs some serious competition, especially before Apple comes in and owns the market. https://t.co/lhUrIniZeX

C3: A Future in Enterprise and Remote Work

Much more interesting are some of the ideas coming from Magic Leap on remote work and collaboration. This is a huge need in a pandemic ravaged economy, and while it’s more of a platform instead of device development, a lighter and smaller HMD makes it more likely that people will use it – if you can get the device cost down.

We’re working on an internal app right now that we call C3, which stands for communications, collaboration, and co-presence,” said Johnson, speaking via video meeting from her den at her home in the US. “Those are the things we need to improve a bit more if we’re to continue working in this virtual way. We’re focusing on, sort of bringing to life meetings. Think of this, what we’re doing now, as a 2D meeting, we want to develop 3D meetings, where people will actually be sitting in the same room as you, but virtually. (Next Reality)

This is where Magic Leap could excel. Zoom is good at communication, but there’s little sense of co-presence in security camera style videos. Many of the virtual world platforms emphasize co-presence but you feel like you’re playing the 60s Milton Bradley game Twister when it comes to collaboration.

Of course, with Magic Leap’s new headset focused on enterprise, don’t expect to see an application for consumers (or educators) over the next few years. But of all the companies out there, Magic Leap has done remarkable work with avatars, and they could easily capture a segment of the high-end collaborative work environment. There’s a real need for a platform that hits all three of the C3 components – communication, collaboration, and co-presence.

Can Magic Leap deliver on the promise of Mixed Reality? We’re not counting them out, but we need to see a significantly better headset before we take another sip of the spatial computing kool-aid.

Can the Sundance 2021 New Frontier Progr