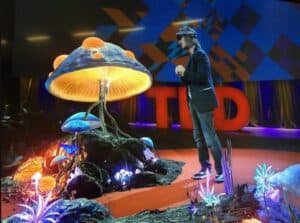 Alex Kipman from Microsoft did an amazing HoloLens demo at TED 2016. As Tech Insider notes, this is the first “real-life holographic teleportation” and it offered startling scenes. Not only was there a virtual forest and an accurate recreation of Mars (using data from Curiosity), but Kipman called Jeff Norris, a NASA scientist, who was across the street from the TED conference venue. With both using a HoloLens, there was Norris as a full-sized holographic representation, standing on the stage, on a virtual Martian landscape.

We’ve seen HoloLens before at the Microsoft Build conference with its virtual interfaces and moveable screens, but the new HoloLens demo is the best indication yet of what the device can do. HoloLens is a fully untethered mixed reality headset providing a very different experience than the increasingly common virtual reality HMDs. It integrates high-definition holograms that you can interact with in your environment. It may not feel as immersive as straight VR, but it’s much more interactive.

But for all the demos, Microsoft has yet to release price information or a product timeline. All you can do now is apply for one of the $3,000 developer versions of HoloLens which is due out Q1. 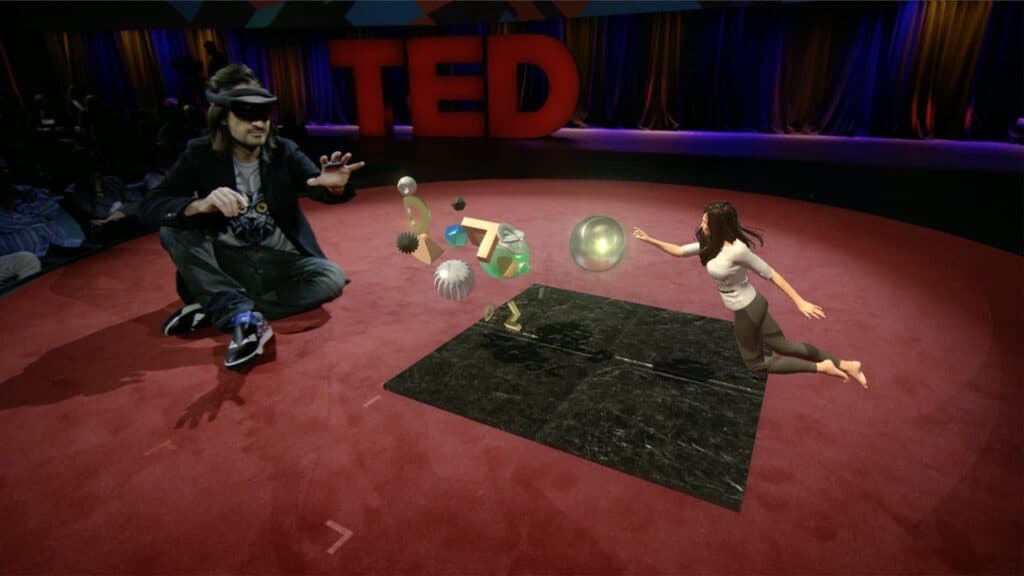 We’ll have to wait until the video is posted on the TED YouTube channel and on the Microsoft HoloLens site. An unofficial one surfaced yesterday but was pulled for copyright violation.

Kipman concluded his talk by saying:

. . . We are all beginning to build technology that will enable us to return to the humanity that brought us where we are today. Technology that will let us stop living inside this 2D world of monitors and pixels, and let us start remembering what it feels like to live in our 3D world. It’s a phenomenal time to be human.

HoloLens, and devices like Meta (which is also at TED this week), provide an augmented or mixed reality platform that may be better than straight virtual reality for collaborative work. Virtual reality can be so overpowering that it can be difficult to engage with the avatar of someone else in a VR space. But working with holograms of objects and other people remotely located opens up a whole new arena. It holds tremendous potential for communication and collaboration in our work and learning environments. NASA already gets this – HoloLens is being used by Scott Kelly today on the International Space Station. 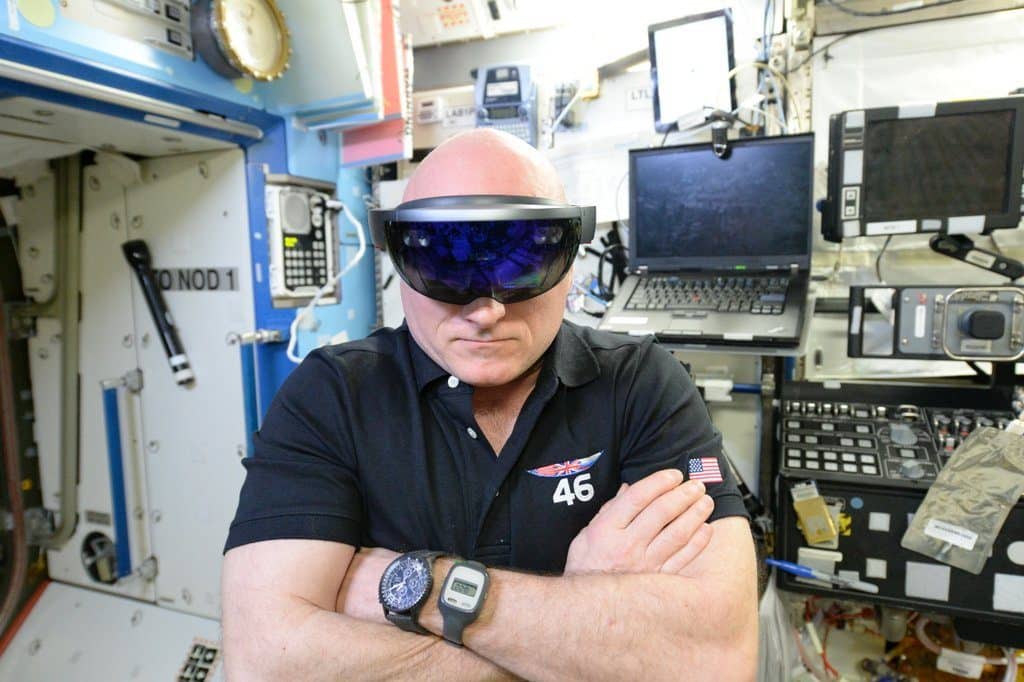 Three companies are in this space – Microsoft, Meta and Magic Leap – with Meta making an announcement on March 1st. Keep an eye on these devices as you may soon find one on your desk.

Or more accurately, your head.

Virtual Reality at TED – The Void

A Virtual Reality Experience with Chris