In another first for virtual reality, Fox Sports will stream March Madness in virtual reality. In partnership with NextVR, the entire Big East basketball tournament will be streamed live in VR at Madison Square Garden. While we’ve had a few sports events streamed in the new medium, this is the first time an entire series will be done.

First sports . . . then education? March Madness is college sports and it raises fascinating questions about the future of learning. NextVR will use virtual reality to deeply personalize the experience of watching a sports event. It’s hard to imagine that if virtual reality gets you a courtside for a game, students will be willing to take a back row seat for their educational experiences. 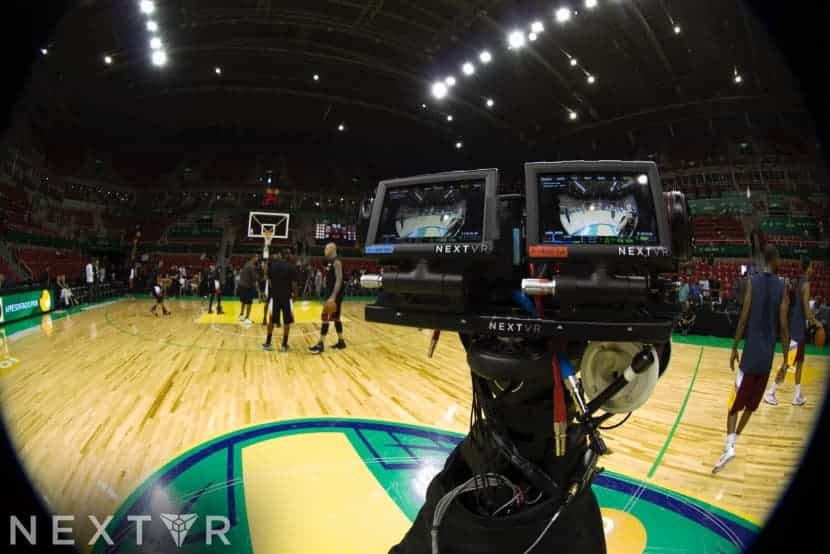 Four games will be streamed on March 10th, two on March 11th and the championship on March 12th. What makes a VR sports event unique is the multiple perspectives through virtual reality. You can see the action from the floor, up in the stands, and up close to the basket. You’re not just right next to the court, you can be virtually standing in the middle of the game.

But NextVR may take the multiple perspectives approach a step further, letting viewers have a unique experience of the game. The tournament traditionally appeals to a younger audience, one that is tech-savvy and has probably tried out VR elsewhere. John Gaudiosi in Fortune described what Michael Davies, senior vice president of field and technical operations at Fox Sports, has in mind:

Viewers of the entire tournament may get different broadcasts from game to game, according to Davies. One game could pipe in the broadcast commentary, while another could offer an in-the-stands-like perspective with only natural sounds such as the cheering crowd and the squeaks of the sneakers on the court.

“We’re still in the testing phase of this,” Davies says. “People who are watching this now are early adopters. They’re tech savvy and interested in being part of the process over the evolution of this technology. Every time we cover an event, we learn something.

If that comes to pass, it creates a whole new way of personalizing TV broadcasts of sporting events. Yes, you could feel as if you are actually at (and in) the game – no television broadcaster doing the play-by-play, just the sound of the cheering fans and shoes squeaking on the floor.

From Sports to Education 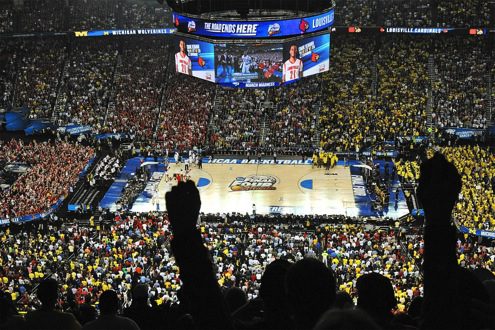 As virtual reality becomes commonplace, the implications are fairly obvious. Will I pay for the cheap seats at the top of the stands when I can have a better-than-front row view that would cost thousands of dollars? If can shift my view to different vantage points in a game, why settle for any physical seat at all? Maybe I will keep the seat, but only if you give me the VR headset to see it up close when I want to be courtside.

And if we can customize our experience of sports, will it not spill over into other areas? How will we keep students engaged if they can radically personalize their media and entertainment? Will students still pay thousands in tuition for a seat in row 50 of a a large lecture hall? That comes with the personal attention of an overworked graduate student who has far important things on his/her mind (like finishing their own degree).

And what about the student who doesn’t want to listen to an instructor at all, but would rather work on their own? Or the one who only wants a bi-weekly mentor relationship with a teacher?

For all the flexibility we offer our students – online learning, flipped classrooms, customized degree plans – with rare exceptions, the core of the process remains untouched. We pack students into classrooms and march them through courses and semesters in near lockstep fashion. And then we talk about how we’ve personalized the learning experience because we added a piece of software that we require them to use.

Virtual reality may just be the battering ram that gives students the opportunity to truly customize their learning. I’ll never knock the value of a great lecture. But keep in mind what Chris Milk has said about virtual reality and it’s effect on our consciousness,

. . . right now we are still in the darkness of the night, poking around with flashlights and trying to find our way there. . . I’ve got a lot more questions than answers about how we actually get there.

As this new medium begins to impact education we also have a lot more questions than answers. But now is the time to ask, and see what our flashlights reveal, for change is coming like a speeding train in the middle of the night.