Here’s a new wearables area we haven’t heard much about lately – biometric tattoos. But it’s fascinating.

Tech Tats are devices applied to the skin with electroconducive paint. Unlike your Fitbit, you’re not going to take it off or lose it. But unlike an ink tattoo, it’s not a permanent addition. 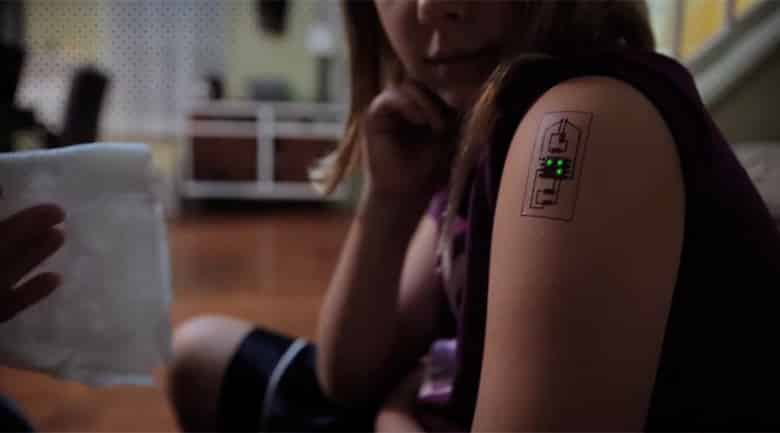 Developed by Chaotic Moon, an Austin based start-up, the devices are surprisingly simple. You apply a Tech Tat like a decal to your skin and then sensors start reading your body signs. Using Bluetooth, the data is sent to your Smartphone to be stored and analyzed.

A short video lays out the process:

We see these being used by everyone. The tech tattoo is a device that will just make everyone’s lives easier . . .

This kind of technology can work in complex situations as well as for home use. You could monitor your child’s temperature while they’re sick, or just monitor your own sleep patterns.

This kind of device has the potential to become another part of life, and to streamline your day-to-day interactions. They could potentially help you build a more quantified self.

All of this is still in the testing stage and there’s no word on when it would be available on the market. And while health and military uses are obvious categories here, Lamm also sees the devices being used for financial transactions.

Though you might have to take some precautions here, like concealing it under your clothes. Otherwise, it could give a whole new meaning to getting “ripped off” on the subway or a street corner. 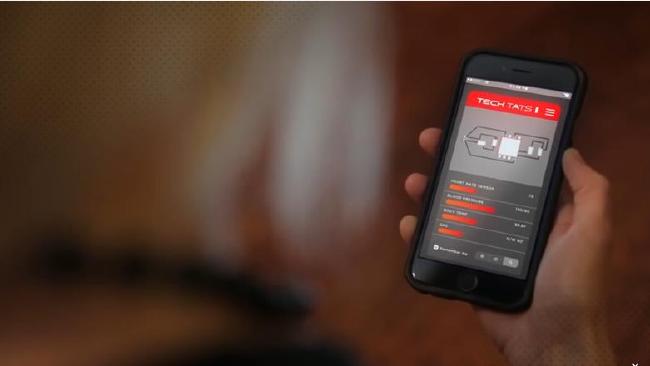 When we think of biometrics, we’re usually thinking under the skin. But Tech Tats are a wearable category that opens up a new area – skin surface wearables that are semi-permanent. And when you’re not purchasing a digital device to keep for a year, design is free to take a whole new direction. It could be serious, playful, or whatever your mood may be.

The blinking lights in the videos and images do give off a bit of a cyborg look. But not nearly as much as Google Glass did. And since a Tech Tat isn’t permanent, the look could be as whimsical as it is robotic.

New wearables like this are like cheap jewelry, something useful but no big deal if misplaced or lost. And it gives you the option of using different wearables for different activities, or perhaps wearing multiple ones simultaneously. If I was Fitbit, I wouldn’t be able to sleep at night after seeing this.

When I think about new wearables, I always return to fashion as a guide. It has to have a purpose and be meaningful and/or fun. Keep an eye on Chaotic Moon’s project. Tech Tats may have just hit the right mix of usefulness and fun in the wearable area.