As we get ready for the Apple Watch release on April 24th, developers have been hard at work designing the apps. Evernote has taken to heart lessons learned from developing apps for the Pebble smartwatch and Android Wear and is now rethinking how we will interact with Wearables on our wrists. In an interview with John Brownlee at Fast Company, Jamie Hull, Evernote’s VP of Mobile Products, pointed out five significant lessons:

The challenge in the smartwatch arena – whether it’s made by Apple or someone else – is that a device on your wrist is not nearly as convenient as something held in your hand (try it – and see how your entire arm must move over to look at something on your wrist). And watches are small, with limited battery life and screen real estate. Evernote didn’t get it right the first time around when they designed an app for the Pebble smartwatch. Their goal was to replicate most of the app’s features on the Watch:

With this integration, notebooks, notes, shortcuts, tags, check lists, and reminders are easily accessible. The screen text is clear so you can read emails, recipes, addresses, or meeting notes from Evernote right on your wrist. Search notes by location to quickly find archived client notes for your next business meeting. Have you ever tried to juggle a shopping cart and a mobile phone at the market? Tick off checklists for groceries with the Pebble, which syncs to Evernote, for a hands-free shopping experience. Evernote Reminders are supported, so you’ll always have your notifications and to-dos close to you.

It was just too much for something on your wrist. In the end, it is easier to pull out your phone and interact with Evernote through a larger screen and the standard features. They did better Android Wear, but now with the Apple Watch, they’re taking a simplified approach.

As Hull points out:

. . . very few actions will actually be better on an Apple Watch than on an iPhone, iPad, or Mac, so it’s important to focus on those that make sense.”

Apple recommends that developers sharply limit the amount of time people will spend with an app on the Watch (I’ve heard anywhere from 10 to 30 seconds, but not more). The point is to do what the Watch does best – a short burst of information, reminders, interaction with others, etc.

The critical piece here – and the only way to effectively design within these parameters – is to make the device context-aware. When the device “knows” where you are – and to some degree knows what your needs are – it will be much more effective than you using it to retrieve information. It needs to push data to you, not any information, but what you need in a specific setting. Yes, push rather than pull – but relevant push.

In fact, the device will be much more like your personal concierge, acting on your specific needs. Smartwatches will inspire a new generation of apps that will ride on the processing power of your phone (which is, in effect, a full-fledged computer).

I doubt we’ll get here with the first version. Still, with the growing Internet of Things, you can see down the road how the Wearable on your wrist will automatically pulling up a grocery list as you walk into a store, wake up devices in your home as you return from work, and connect with others when you arrive at your office, college, and more. Here the Watch will come into its own, a powerful tool that will come to know you and work with you. 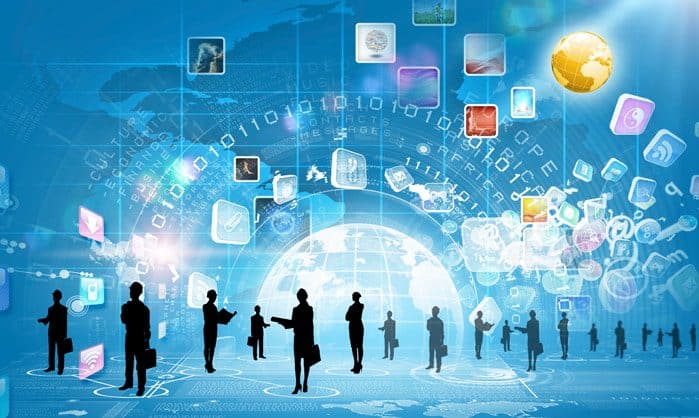 But we have some distance to go. Right now, Uber has problems with just basic GPS, often putting me on the wrong side of the street for the car I’m trying to hail. The location has to be incredibly precise and relevant to your needs. Not to mention, we have to work out all the variables required to power the continuous flow of data that will drive our daily lives. We’ll have to see how the Apple Watch addresses these challenges.

Beyond SXSWedu: The Wearable Conversatio