Figment VR’s Virtual Reality iPhone Case is a smartly designed product that solves two problems. It protects your phone and, in origami-like fashion, flips open to become a virtual reality viewer. The foldaway VR segment disappears when you’re not using it.

And since the camera lens is accessible, it doubles as an augmented reality viewer. 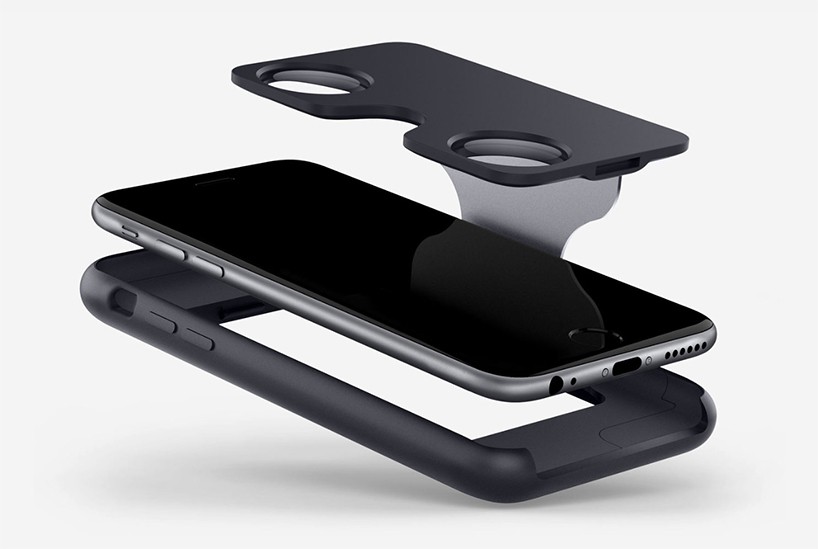 This was a product idea waiting to happen. We have Google Cardboard, but it’s bulky to carry around. And while easy to use, you still have to position your phone inside it. There’s other VR viewers that have come through Kickstarter and other funding platforms, but they do not double as a protective case.

In addition to becoming an instant VR viewer, the case also functions as a small tabletop stand for your iPhone.

Virtual Reality should be social

We’re still facing challenges as we work our way through the start-up phase of virtual reality. But Figment VR begins to tackle a major one – the social element. Currently, experiencing VR is largely a solitary act. As soon as you hold a viewer up, you conceal your face (except for your possibly open mouth). The most engaging element in our expression – our eyes – are hidden from view.

And using VR in public just feels awkward. You never know if others are looking at you.

It’s okay to start here, but it’s not the end point in a VR-rich world. It flies in the face of a social Web where the underlying dynamic is an ethos of sharing.

Of course, once we have virtual reality in our eyeglasses, this may no longer be an issue. Virtual reality AirDrop? I can see it coming now. But that’s a bit down the road. Figment VR is one step toward opening up the social space by giving you back some of your peripheral vision.

That’s not something to underestimate.

Figment VR’s virtual reality iPhone case has already surpassed its $75,000 funding goal on Kickstarter. But there’s another 40 days before it wraps up.

Over the past six months, we’ve collected a pile of virtual reality viewers and headsets as part of the Digital Bodies project (and I’m sure we will gather many more). But this is one of the most innovative designs we have seen. So if you’re still wondering, yes, we are backers.

If you have an iPhone and interested in carrying your VR viewer around with you, then check out the Figment VR Kickstarter page for more information. 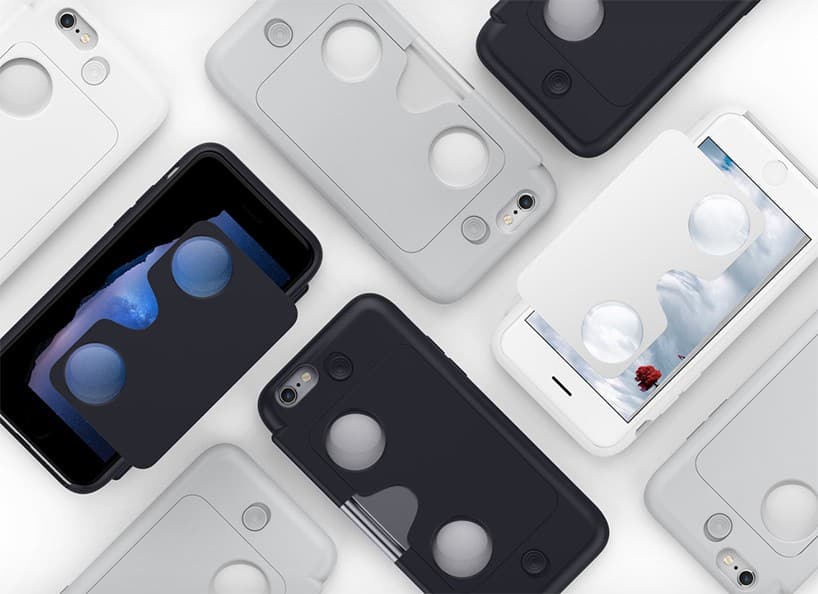