Virtual reality was the focus of the final night at the Tribeca Film Festival Unscripted & Immersive Talks series. It brought the artists of Vrse and its founder Chris Milk to the stage. The main theme for the panel was Milk’s vision of VR as the last Medium. The conversation focused on the developments of a nascent medium and the industry. Here are some highlights from the panel discussion. 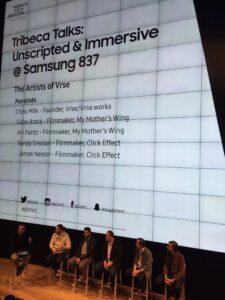 Chris Milk’s virtual reality company Vrse has gained recognition at film festivals with its engaging stories and experiences. And Milk has been recognized as a pioneer in the realm of Virtual Reality storytelling. Vrse partnered with the New York Times, The United Nations, U2, NBC and others to produce some of the most compelling stories to date in virtual reality. The Vrse mobile app works on iOS and Android and some of the experiences are available for Samsung GearVR.

As part of the Tribeca Unscripted & Immersive Talks Chris Milk and fellow Vrse.works creators Gabo Arora, Ari Palitz, Sandy Smolan and James Nestor discussed virtual reality as the last medium, the empathy machine, and the process of unlocking a powerful language of storytelling in VR. In Chris Milk’s own words:

Virtual Reality is a giant leap forward in media and our human relationship with technology.

The Emergence of A New Medium

The tech giants Google, Facebook, Samsung, Sony and HTC have dominated the tech and media news with the release of new VR headsets. Virtual reality and augmented reality have also ushered a wave of startups working on perfecting the technology and developing content and distribution models for this new medium.

While the buzz has ushered in new energy and creative direction, the panel agreed that the hype around VR has created at times unrealistic expectations. Unlike other mediums, radio, TV and even the web, where the format around them developed over time, VR  has been put on the spotlight and a 24/7 reporting cycle. At this stage, Virtual Reality needs time to develop its genres and formats organically. To mature, the medium will need tech companies, filmmakers and businesses to work together to develop new experiences. 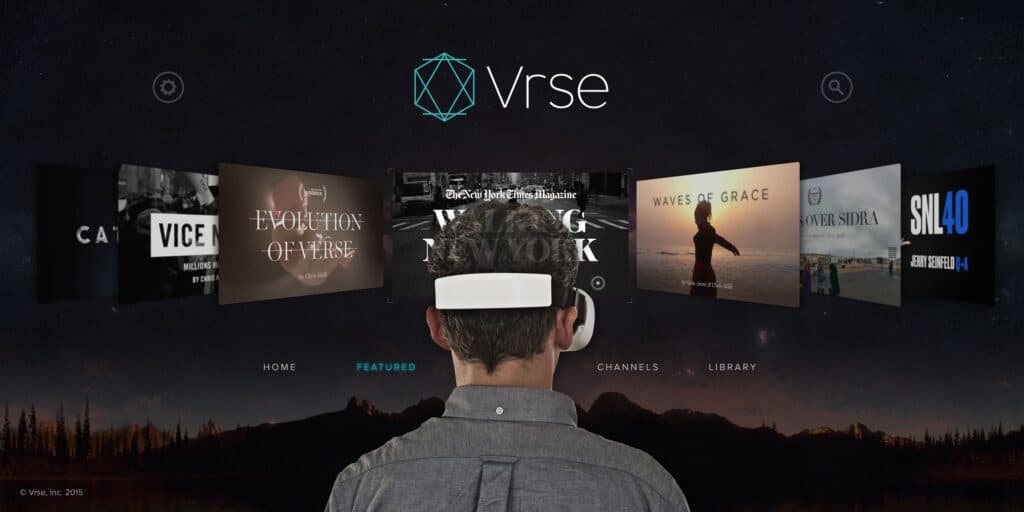 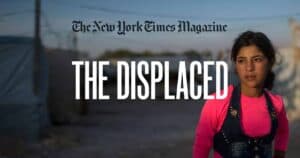 The main theme of the panel is that we are in the process of discovering the language of virtual reality. But unlike other mediums, the audience will have agency, the freedom to move around where they want. It’s a new form of storytelling where the director is more of a guide, offering an opportunity for exploration rather than making the choices or arguments for the viewers. The main difference is that in every other medium we read or see the author’s translation of events and places; in VR it’s about the experience. Instead of looking at the rectangular screen on the wall you are immersed in a world.

In the example of the United Nations and New York Times, VR experiences transport viewers to places where readers can not 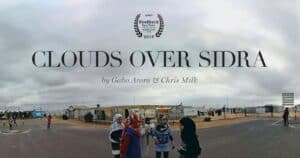 normally go and be in the presence of people and events. This use has brought some ethical questions to the forefront. Gabo Arora, Senior Advisor, Filmmaker, United Nations HQ, shared that for each story they broke the existing storytelling conventions at the United Nations. Most of campaigns raising awareness for children avoid portraying them in distress, yet when the twelve-year-old Sidra eyes filled with tears, they felt that the human connection was so strong that they decided to include the segment. In virtual reality, Sidra talks directly to you and it’s that shared intimate moment of a human connection that makes the experience deeply profound and human.

As the technology continue to develop, the experiences will likely engage our other senses, the freedom to touch and walk around, and to interact with others and the environment.

Projects like the NYT VR and United Nations have brought excitement and credibility to Virtual Reality, yet the awareness and number of viewers for VR remain low compared to other mediums. One explanation is that the audience is simply still figuring out how to access VR content. The easiest (and least expensive) approach is to use a version of Google Cardboard and your mobile phone. The more expensive VR headsets feature motion tracking and hand controllers, but they also require a powerful PC to support them.

VR arcades are also becoming a common sight at conference and film festivals. The filmmakers agreed that at the moment access remains a question, given that there are no easy solutions. Moreover, there is still a shortage of well developed content. At same time, they were optimistic that by next year there will be a solution on the market that will be within reach of the average consumer. Chris Milk’s personal view was that the mass adoption in VR will be through Mobile phones.

With the potential to gain more viewers we are likely to see more advertisers and brands using the medium. The good side is that additional dollars are likely to drive innovation but Vrse artists cautioned that brands that do not respect the storytelling element can do more damage than good. Ultimately, brands need to avoid simply putting their products on display and will need to create experiences that people will connect to. Immersive experiences are going to require doing more than simply filming in 360video. VR experiences will vary, but they need to engage the audience. As an example, it’s the kind of attraction and delight that comes with spending an afternoon in the park with a friend on a beautiful day. 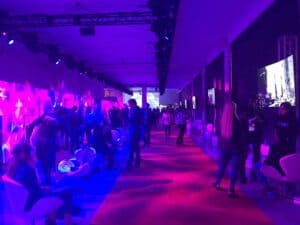 Eventually, the technology and media will converge and the experience will likely move from VR to AR and finally to Mixed Reality, where technology will not block the world or isolate us but bring us together. With technology we will be able to be in the presence of anyone in the world. Or Chris Milk put it

And this is when everyone will get in.