You might have overlooked the new HP Reverb VR headset last week with all the HMDs at GDC 2019, but the company just set a new standard in Windows Mixed Reality platform headsets. As Sol Rogers in Forbes said, it’s a “breath of fresh air” among the HMDs on the market. HP hit on all the critical features – resolution, FoV, inside-out tracking, and comfort.

Given that VR headsets often seem to be an exercise in compromise – you can have this feature if you forgo another – it’s a welcome development. And HP is offering two versions, one for consumers and a second for the enterprise market. 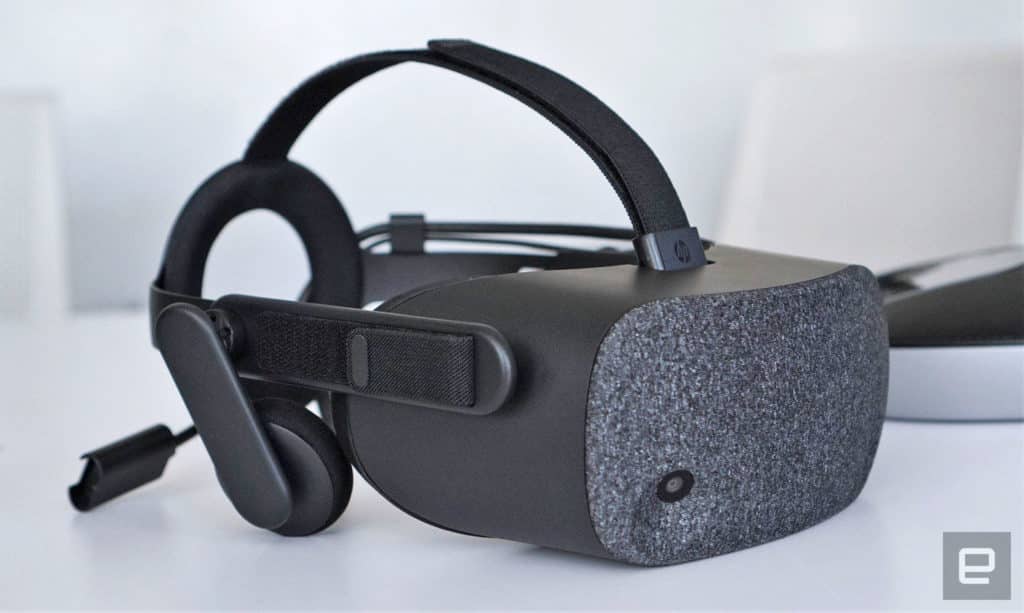 HP was part of a group that made the first Windows headsets back in 2017. None of those HMDs particularly stood out (HP was praised for making a good budget model). As PC World said, all were relatively easy to set up, but frustrating to use.

But the new HP Reverb is a world apart. Here are the details:

The fidelity seen through Reverb’s lenses is further enhanced by the fact that the LCD display uses full RGB-stripe sub-pixels (which generally have a better fill-factor than OLED displays) which means less screen door effect than an OLED display of equal resolution.

We were also pleased to hear that the headset will support easy switching between Microsoft’s Mixed Reality platform and SteamVR. It’s another step toward the goal of cross-platform devices.

For the past few years, HP has been a leader in supporting the use of virtual reality in education. In collaboration with EDUCAUSE, their Campus of the Future project includes an expanding group of institutions working with immersive technologies. If you haven’t seen it, take a look at their recent report, Learning in Three Dimensions. It’s an excellent collection of resources and case-studies on cutting-edge projects.

The Reverb VR headsets will further this initiative. One of the challenges in using VR in learning and for corporate training has been the comfort factor. The average session length for virtual experiences is under forty minutes. People are just not wearing headsets all that long as you can see from Statista’s data. 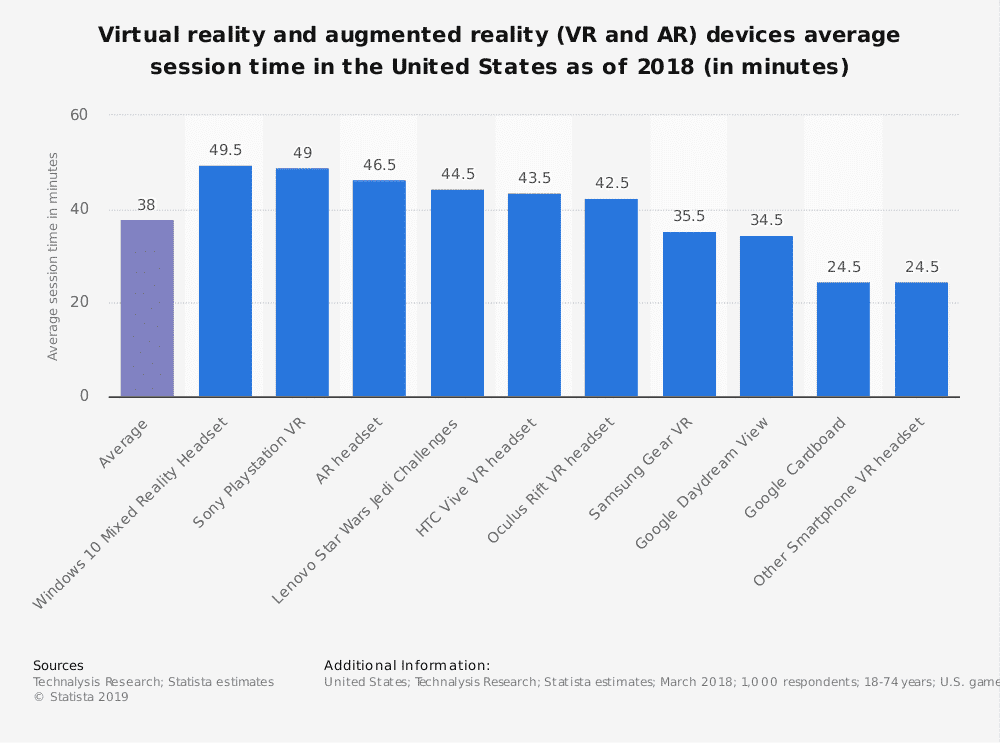 Surprisingly, the Microsoft Mixed Reality headsets are worn longer than any of the others in 2018. With HP’s enhancements to the model, it should significantly increase the length of time the devices are used. The focus can then turn to learning and professional development – not the discomfort you feel around your face.

While a few have puzzled over the release of different versions, HP is clearly targeting the corporate sector. The consumer version will cost $599 with a slightly more expensive Professional Edition for the enterprise market at $649. The latter comes with an extra cable to connect to HP’s powerful Z VR Backpack PC. That will give you full freedom of movement in high-end VR experiences.

The resolution of the HP Reverb VR headset is critical for education and professional training where users may need to read text in virtual environments. In a press release, HP’s Spike Huang, vice president and global lead of VR, said:

As the commercial VR segment is expected to grow to $34 billion by 2022, customers are seeking lifelike VR viewing to help open doors to new business opportunities in product design, training, and engineering. The time for commercial VR is now and adding HP Reverb to our broader virtual reality portfolio is an important step in addressing this growing market.

We also expect the Reverb to be a welcome addition for university VR labs and museums.  The higher resolution, paired controllers, and overall comfort will be attractive features. And though HP’s unit is not sold as a gaming device, it will find a home in arcades and location-based VR experiences for the same reasons. The fact that the cameras will support Microsoft’s new pass-through feature is useful in VR labs and public settings.

So far, 2019 has been a year of hardware developments, but the new HP Reverb VR headset sets the standard for what we should expect in our HMDs. It will help speed the rollout and popularization of VR across corporate, education, and consumer markets.

The Ethics of a Brain-Computer Interface