Samsung’s new VR headset will be on the market next year – along with the more surprising development of a HoloLens-like AR device. First the VR news.

Samsung was the first major vendor to embrace mobile VR (outside of Google’s almost throw-away Cardboard device) and the Samsung Gear VR is showing its age. It was released way, way back on December 2014 as a developer edition and the consumer version came out in November 2015.

Yes, that’s how fast virtual reality developments are happening. A 13 month old VR device is an antique these days.

It’s especially true after Google’s release of its Daydream View headset and Pixel Phone. Daydream incorporates a well-designed hand controller. Even more, just pop the phone into Google’s headset and it automatically registers its presence. No fiddling with connectors, bluetooth, buttons or a touchpad.

A touchpad might have seemed like a good idea for a VR headset a year ago, but it was awkward at best, and positively frustrating at worst. Just try watching others use it. You can always simulate the experience yourself – try using your laptop’s touchpad with your eyes closed.

Google learned a huge lesson here. If you want VR controls, put them in the VR environment. Because that’s where you when you’re using it.

But that said, the Gear VR was still a breakthrough device – the first VR headset on the consumer market. It sold out on the day of release and was quickly adapted by the theme park industry for refreshing old roller coaster rides.

Samsung hasn’t offered many details except to say it “will be presented in a short time.” This, according to vice president Sung-Hoon Hong at the Virtual Reality Summit in California this week. That means a likely debut at Mobile World Congress in late February.

And we fully expect to see that VR headset trackpad relegated to museum status. 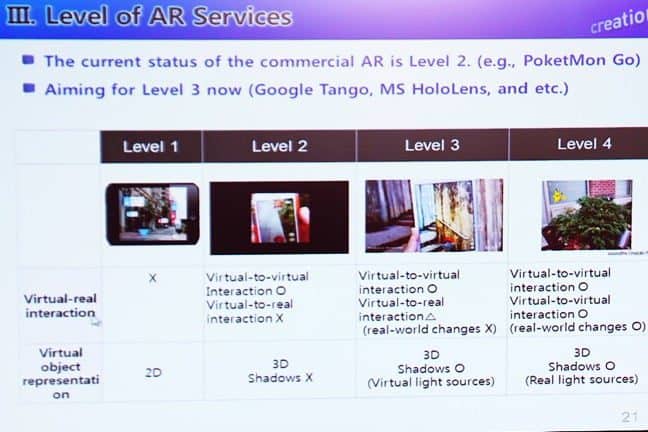 But Samsung’s new VR headset was not the major news from Sung-Hoon Hong in his talk, “Future of Artificial Intelligence, Augmented Reality and Virtual Reality and Samsung’s New Challenge.” According to Wearable Zone, Samsung is working on a new HoloLens type AR headset:

There are four levels of augmented reality technology, Sung-Hoon explained. Samsung is aiming for level three: technology that allows users to interact with virtual experiences in the real world. It’s like playing Pokemon Go and finding Pikachu in a tree — but you’re able to move the leaves of the tree aside to reach Pikachu, Sung-Hoon explained.

Sung-Hoon even hinted at the possibility of a partnership with Magic Leap. That’s particularly interesting given the recent negative and positive news swirling around the mixed reality startup. So while we look forward to Samsung’s new VR headset, an innovative mixed reality device would be the real game-changer. With HoloLens costing $3,000 and Magic Leap yet to show a demo, the market’s wide open. And who knows, they might get the public’s mind off that recall of 1.9 million phones.

Samsung’s news confirms what we’ve always believed – 2017 will bring even more innovation than 2016. When it comes to immersive experiences, we’re just getting started. 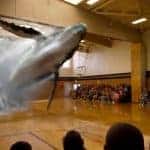 Magic Leap – Should We Believe the 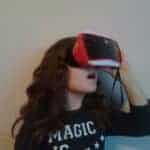 Virtual Reality and Children – My