If you thought Social VR was languishing in the shadows, take a look at Rec Room VR. They announced this week that the app is installed on over one million headsets. And in a blog post, they released more details on how the platform is used.

Here are some benchmarks we hit in 2018:

Player created rooms that have been visited 300,000+ times

Rec Room is installed on over 1 million VR headsets

The secret to their success? And easy-to-use platform and new features for players to create their own spaces and games. These are remarkable numbers when you look at the trouble AltSpace VR has had in trying to gain traction. Granted, the latter is now owned by Microsoft – social platforms have never been their strong suit. But the real problem with AltSpace VR is that it’s a place to hang out instead of an activity space.

It’s like when you walk into a Lego store. You’ll see crowds of people – both kids and adults – putting stuff together. Building things. Even if it’s all kind of pointless on some level.

We saw an explosion of creativity after launching the ability for players to create and share their own rooms. Players have started growing huge followings (subscribers) for their new room launches, collaborating on more and more ambitious projects, and player rooms are starting to outperform our own activities on playtime! The top player created rooms have seen over 300,000 visits and there are thousands of new rooms being created by players every day.

Here’s a three-minute video overview of some of the thousands of activities users have designed. Yes, the graphics are simple – overly simple. But consider where it’s headed, not where it is today. And why VR users are flocking to it. Empowerment on any level is incredibly compelling.

Developed by the Seattle-based company Against Gravity, Rec Room VR was released back in mid-2016 for Windows. It expanded to PlayStation 4 in 2017 and never looked back. You can use it without a VR headset, but it’s designed to work best as a virtual environment. There are no compatibility issues as it works with both Oculus Rift and the HTC Vive.

It’s always so refreshing when we can write a line like that last one. VR has to get over the compatibility challenge. 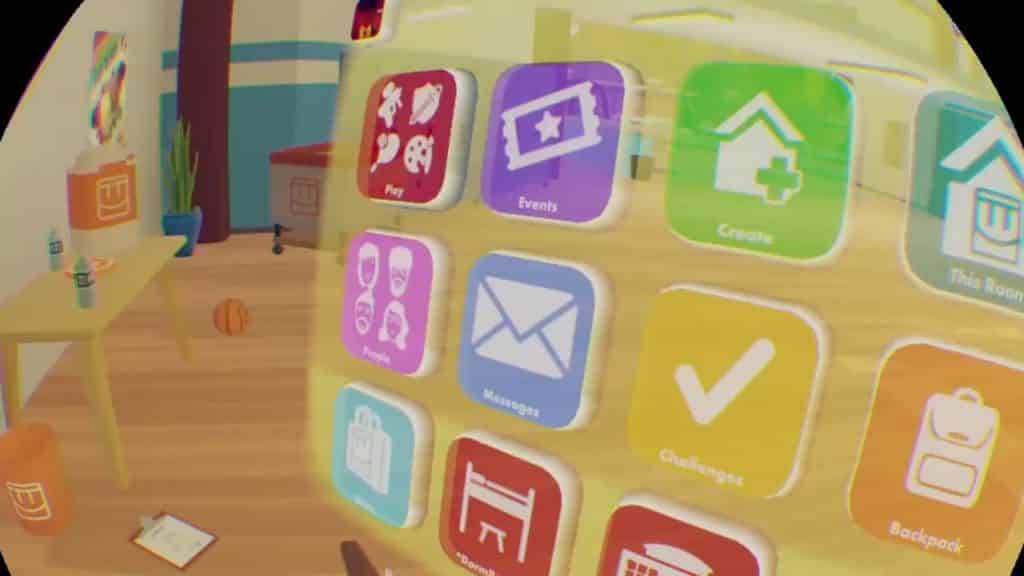 From YouTube stars to VR stars? It could happen sooner than you think.

It also helps that Against Gravity has a set of strong user-centered values. Take a look at what they emphasize on their website:

We take a bias towards action. When in doubt, we build it. We value doers over talkers. Playable code speaks louder than any argument.
We respect our customers. We value long term connections over making a quick buck. No exploitive monetization methods.
We ship and iterate constantly. We learn by trying new things and listening to our customers.

Build, respect, listen. Most tech companies can’t even seem to do two of the three.

Don’t get us wrong. Social VR has a long way to go. And to get there, we will need to be able to share facial expressions and body language. A basic platform like Rec Room VR is not even close to that at the moment.

But give users the tools to create and the technology will take off – even if it’s not completely ready for prime time. Yes, our VR headsets need to improve. But as Against Gravity’s Rec Room reveals, it’s what you can do with the technology that’s most important.

That was Fast: Three AR Companies Fail i