Ready for an 8K VR Headset? The much-hyped Pimax project arrived on Kickstarter two days ago. It’s a VR headset that blows away anything you’ve experienced in virtual reality. And Pimax blew past their $200,000 Kickstarter goal, raising $730,000 with 43 days to go.

We’ve had mixed results with the Kickstarter projects we’ve backed (some good, some not), but Pimax has a track record here. They’ve produced 30,000 units of a 4K model which has garnered good reviews. For an initial run at an 8K VR headset, they may very well pull this off. An initial version showed up at CES 2017, so they have working demo models. 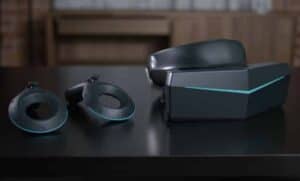 Both models almost double the field of view (FOV) you’ll find in Oculus Rift or HTC Vive. Instead of 110°, it’s a remarkable 200° FOV.

As Eurogamer describes it,

The field of vision has also roughly doubled to wrap around into your peripheral vision, which apparently makes Vive and Rift feel like wearing binoculars. Latency and refresh rates are also apparently low therefore reducing motion sickness. 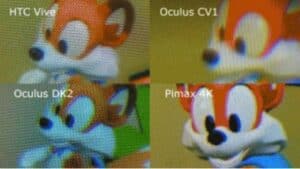 Here’s what most interests us: Pimax is promising an open system. The HMDs will be compatible with SteamVR, Valve’s VR API, and the Oculus Store (most likely through an external app such as Revive). If you already have the HTC Vive setup, all you’ll need is the Pimax VR headset for room-scale VR – in 8K.

As VR Source notes, Pimax is positioning itself as a developer platform. An SDK has already been released and accessories are coming. You’ll be able to add modules to the headset, including one by Leap Motion that tracks your hands without the need for hand controllers.

If the Leap Motion module delivers, that might be the kiss of death for Intel’s Project Alloy (which is already on life-support). But what was former CEO Andy Grove’s guiding motto? Only the paranoid survive.

Just in case you were wondering, the 8K model will require some serious computing power. And Pimax is even offering an “8K X” model that will need a next-generation GPU.

With Microsoft’s new headsets on their way next month, VR will definitely become more affordable and accessible. But the Pimax 8K VR headset shows that high-end HMD’s will continue to develop. And their cost will remain high when you factor in the computing power.

We’ll have to see to what degree convenience triumphs quality. It did with digital music and so far, VR has continued along the same path – the Samsung Gear VR is the largest selling headset to date. That presents a dilemma for any organization diving into virtual reality. Do you spread a watered-down version of VR around or go with more limited but deeply compelling experiences? 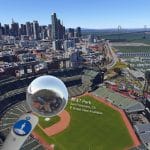 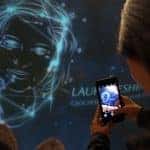