We’re definitely fans of location-based VR, the large-scale facilities that The Void and a few other companies are building. They’re the best VR experiences available to the public. They’re interactive, deeply immersive, and free-roaming with laptops in backpacks. Add some wind, aromas, and quick changes in temperature, and it’s a VR experience you can’t resist.

We live and work in New York City and avoid Times Square at all costs (unless out-of-town friends insist on seeing it). But seriously, tell us you have tickets The Void at 42nd Street and we’ll be there.

But there’s a huge challenge in location-based VR – the cost of building these facilities. The Void will be in 15 locations around the world, but the capital investment and build out is not easy.

This is where Nomadic comes in. As they describe themselves,

Nomadic experiences combine the most advanced elements of virtual reality with gripping storytelling and clever tactile elements to create immersive adventures that thrill everyone who walks through our doors.

Put on a VR headset and a small backpack, and Nomadic will immerse you in a new reality where you’re free to interact with and explore the magic around you.

Everyone who explores these worlds returns with a completely unique story, one that will sound impossible to those who aren’t yet make believers.

It’s all fairly straightforward. Nomadic uses Oculus Rift HMDs, backpack PCs, and the OptiTrack camera system. Add in some gyros to track movement and vibrating pieces in the set, and you have a fully interactive VR environment. The first installation opens in Orlando with others to follow.

The difference from The Void is that Nomadic offers a much more modular and flexible system. As Venture Beat points out, the software is designed so that people don’t have to go through one group at a time.

Nomadic locations are setup so that dozens of people can move through experiences simultaneously without ever interfering with one another. If you try an experience with The Void, you might have to queue up and wait for the next group to finish, but with Nomadic it’s all seamless. While you’re inside the experience a group can be ahead of and behind you and the game will adapt to the pacing in real-time to make sure you don’t run into each other.

A modular approach means that the entire setup can be reconfigured for a new experience in a matter of hours.

Environments can be re-skinned and used in novel, new ways without rearranging the props at all. And if they want to do a total overhaul, in a matter of hours they can remap the room using the modular wall system that functions a lot like cubicles.

The Void did something like this as a one-off event for the TED 2016 event. But it was only to showcase their product, not setup multiple location-based VR experiences.

A focus on Interactivity 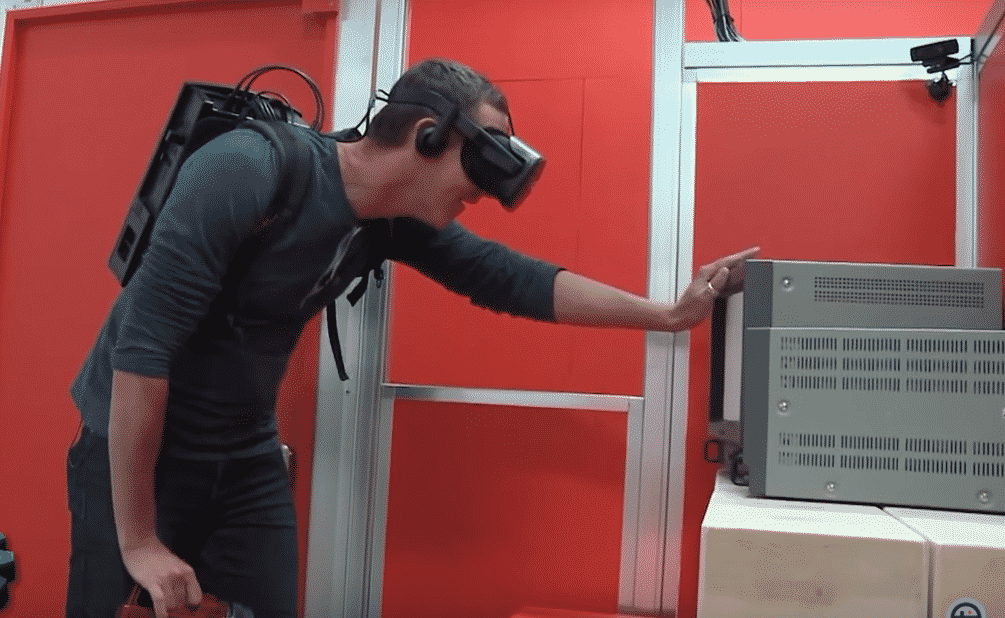 Nomadic puts a major emphasis on interactivity with the physical world. In fact, they forego the feedback from haptic vests in favor of real-world objects. It lessens the technical challenges.

Reach out for a doorknob, and you’ll feel a real-life one in your hands. Open a file cabinet and you are literally opening one (but it only has a top in the virtual version). That dramatically heightens the sense of realism when you’re in the experience.

Nomadic knows that we need to take it further than this for location-based VR to be truly effective. We need to see our hands and our avatars need to accurately map our movements.

Jason Howell has an excellent interview with Nomadic’s Head of Physical Production John Duncan and Executive Producer Jim Preston. it’s worth watching for a glimpse of how they set up the installation, but more, what they take into consideration in designing an experience.

It’s understandable that educators and organizations initially think of building VR labs and spaces. It’s a new technology and we’re at an experimental stage. But as the developments mature, we want to see a more flexible and modular approach, one that serves different parts of an organization – or different disciplines – all in the same day.

. . . VR experiences company founded by people that have a history of work in Hollywood at companies like Industrial Light and Magic on Star Wars films, as well as ImageMoversDigital as part of Disney. 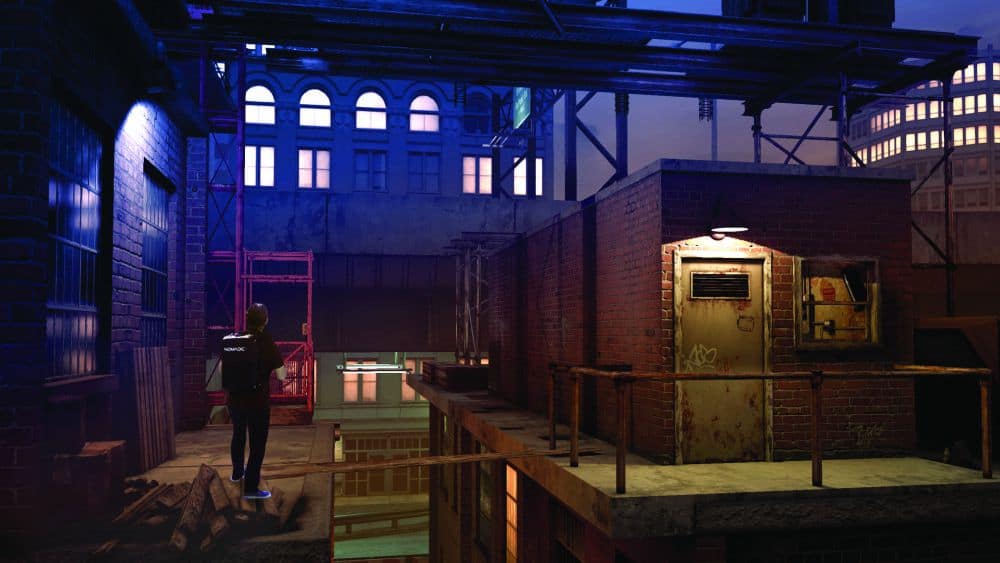 Their mindset is more that of staging an event or exhibit rather than a permanent, unchanging facility. It’s a way of thinking we should embrace in education and in professional development for organizations.

You can put someone in a VR headset, but it’s more powerful to incorporate interactivity and include interaction with real-world objects. Doing that will ultimately require a modular approach – in both the software and the physical setup. Otherwise, you’re limited to a single immersive experience.

In the end, you want a facility that’s as easy to change as flipping a switch. Ancient Rome now, a simulation of black holes in the next hour.

Obviously, the technology is not there yet. It’s even further away as an off-the-shelf solution. We’re not even close. But seriously, it should be that easy.