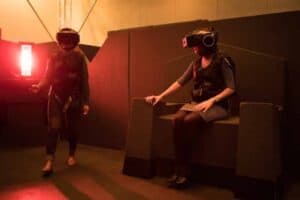 Virtual reality at TED 2016 was a foregone conclusion – it already had an impact at last year’s TED conference. But what’s remarkable this time is the installation by The Void, the company opening a virtual park in Utah. Here’s what they provide:

While in THE VOID guests will interact with a variety of key elements in our designed physical stage (VOID Game Pods). Physical sensations will include elevation changes, touching structures & objects, feeling vibrations, air pressure, cold & heat, moisture, simulated liquids and smell. In addition our technology allows us to create the illusion the player is exploring miles of terrain or incredibly tall structures without ever leaving our game pod. The end result is a physical connection to the virtual world and sense of exploration never before possible. 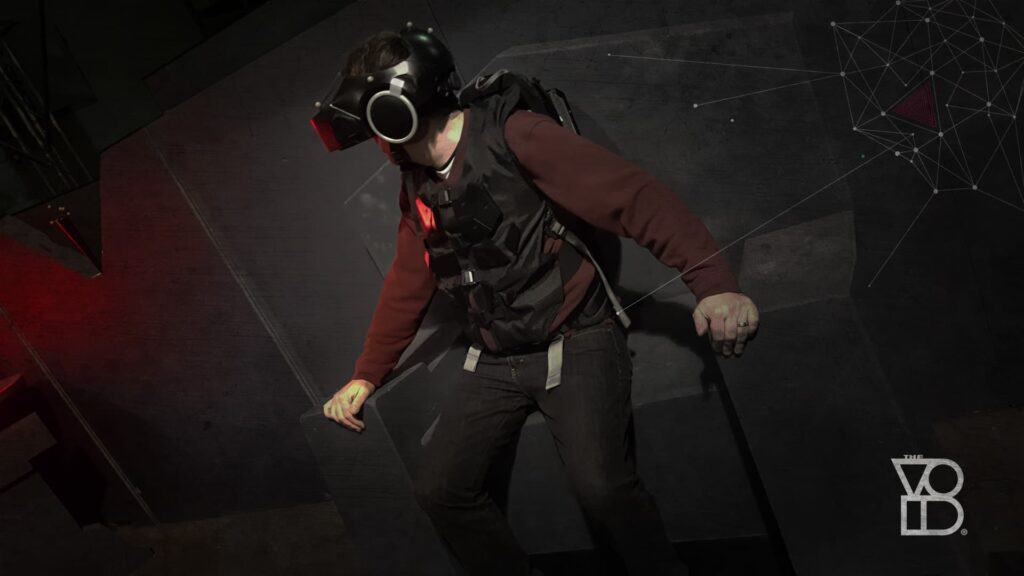 For this to happen at TED, The Void had to pack up their equipment and do a temporary installation in Vancouver. Conference goers put on VR headsets and computerized vests and enter a room in the convention center. They then find themselves at the entrance to a temple where they encounter a number of challenges – solving puzzles, taking fire from a god, and dealing with a giant serpent. The tech here is state of the art – using their own “Rapture” HMD (with a dual OLED, curved 180 degree FOV display), a new haptic vest, and finger tracking from the San Francisco startup, Leap Motion. This is not just virtual reality for your eyes, but VR you can actually feel.

Here’s the experience as described on the TED blog:

Your objective is to make it through a temple filled with fire, through doors before they explode, and past a huge fire-breathing, water-spraying sea serpent. The flames feel hot, and the mist feels wet. Meanwhile you’re being urgently guided by a voice through a labyrinth whose floors move and walls crumble all around you. It’s not for the faint of heart: A glowing sign at the start of the room urges anyone who’s pregnant, has PTSD, or is afraid of spiders, to exercise caution.

If that’s not convincing enough, you can hear the frightened screams of the participants in the hallway outside the event. As Ken Bretschneider, The Void’s founder and chief executive, said,

The Future of VR is Portable

When we think about VR being portable, Smartphones immediately come to mind. And indeed, the easiest way to have mobile VR is to leverage the devices we already carry. But what’s remarkable about The Void’s virtual reality at TED experience is that they’ve done a portable setup. We saw similar installations at the Sundance New Frontier program. The technology is getting easier to use and more portable by the month. Temporary installations will be commonplace in the near future, popping up at conferences and other events. And when you add in backpacks for the processing power that high-end VR headsets require, you get rid of the tethering issues.

Next time you go to a conference, you might want to ask: And where’s the VR installation? It’s getting that easy to do. 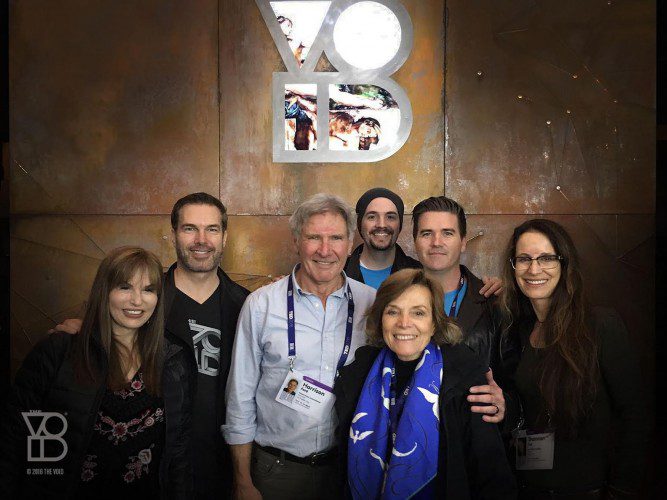 If you’re rolling out a new entertainment platform, it never hurts to get some celebrity buzz – such as Harrison Ford or Steven Spielberg – at your event. But the technology is remarkable enough that it will take off without star power behind it. We’re at the beginning stages of an entirely new medium, one that will transform entertainment, education, healthcare, the sciences and much more.

As TED’s Katherine McCartney put it, “The Void is pioneering a new form of cinematic virtual reality.” There is nothing so compelling and seductive as lived experience. And The Void is tapping into all your senses.