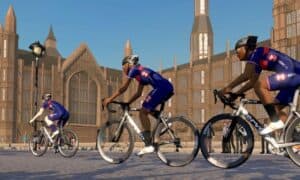 Virtual Reality is already transforming healthcare, education, and corporate training. But there are other areas such as eSports where immersive technologies could profoundly impact human behavior. A new British Cycling VR event will lead to a national championship in 2019 open to anyone who with a British Cycling membership.

It follows the recent announcement of the Union Cycliste Internationale (UCI) which is drawing up plans for eSports World Championships for cycling.

There was a time when pedaling at home meant staring at a blank wall or a small B/W screen. But virtual cycling workouts have taken off, especially with the success of the U.S. based Peloton. It’s easy to miss how quickly this has happened. Peloton began as a Kickstarter project four years ago and is now a billion dollar company. Their large displays and cycling hardware have brought over a million people into their live and on-demand spin classes.

VR Cycling platforms have moved a little slower. They’ve have been around for the past few years but seldom lived up to their promise. One of the challenges of early VR headsets has been motion-sickness. And being in a cycling simulator doesn’t help.

Now we’re getting VR platforms with less latency – which cuts down on the queasy feeling. And with deeper realism, you actually feel like you’re cycling outdoors.

And without the car exhaust and the potholes (if you live in NYC).

While full details are not available, we know that British Cycling will use the online training platform Zwift. The company has been around for a while – even showing off an early – and far more primitive – VR cycling platform at the Consumer Electronics Show in 2017.

The esports market is particularly exciting for cycling as it enables so many more people to participate and be active. We are also excited about what this could mean for identifying talent. We are proud to have a wealth of gifted riders competing on the world stage and we are confident that Zwift technology will enable us to unearth more future stars.

The VR event for British Cycling will serve a dual purpose – allowing more people to take part in the sport and creating a route for new talent. Members will have the opportunity to virtually ride with the British Cycling team and a number of cyclists have already joined pro ranks by competing in last year’s competition.

The competition will be open to all UK riders and,

. . . will comprise a series of qualifying rounds culminating in a live final event between the top-ranked riders from each age and gender category. These finals will see riders compete for the national jersey, in a multi-event format comprising a series of short races, including a time trial and elimination race.

Virtual reality and sports had an early and obvious connection through innovative training opportunities. And it will do more than simply bring us into the center of sporting events. It will open doors to new forms of participation. Developments like the VR event for British Cycling will make eSports a participatory instead of a fantasy activity.

And in the future? Will tens of thousands try to make their way across the Pyrenees in the Tour de France? Or try their luck in Super G with Alpine Skiing in the Olympics? Maybe VR will finally solve the increasing dilemma of the high cost of cities hosting the Olympics – it’s no longer a contest anyone wants to win. Millions of virtual participants could shoulder part of the costs.

With VR offering experiences on demand, sports and other activities will be profoundly reshaped in ways we can only begin to imagine. 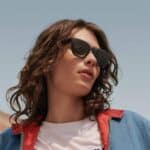