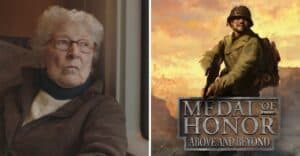 [Update, April 25, 2021: Colette did win the Oscar for best documentary short this evening.]

In a groundbreaking first for VR games, Medal of Honor: Above and Beyond has made history with the development of the Oscar-nominated documentary short Colette. The recognition isn’t for the game itself but for the film inside the Medal of Honor VR experience. It’s the first Oscar nomination for Electronic Arts’ Respawn Entertainment, Facebook’s Oculus Studios, and for the video game industry. Win an Oscar or not, it may signal the opening of a new realm for filmmakers in the future – using VR games and platforms as spaces to release their own work.

As Jeremy Bailenson, founding director of Stanford University’s Virtual Human Interaction Lab, has noted, virtual reality isn’t a media form but an experience. But with the rapid evolution of VR in gaming and virtual worlds, it will become not just a tool for individual experiences but the space for the multiple layers of human experience.

Here are the details on the release of Colette in the Medal of Honor VR game.

“Colette” is a short film released by The Guardian, co-produced by Oculus and Respawn Entertainment, with Respawn head Vince Zampella listed in the credits as a co-executive producer. It was made as part of the gallery of documentaries that appeared in Medal of Honor: Above and Beyond, a VR shooter about World War II. As Variety writes, “Colette” follows a French Resistance member as she visits the concentration camp where her brother was killed by Nazis. [Kokatu]

Colette followed an unorthodox distribution route, with an initial release at film festivals in 2020 and winning an award in Montana’s Big Sky Documentary Film Festival before becoming part of Medal of Honor. Through a partnership with The Guardian news organization, the film is getting wider distribution. You can stream it on the news organization’s website – just be sure to set aside 25 minutes for deeply compelling cinema.

Medal of Honor’s Roots in Filmmaking

Not surprisingly, the Medal of Honor franchise was born in Hollywood.

Medal of Honor has its roots in filmmaking that date all the way back to 1999 when the series began. DreamWorks Interactive, a joint venture between DreamWorks Studios and Microsoft, developed the first title and the game’s story was created by renowned film director Steven Spielberg. The Medal of Honor franchise became a massive success soon after and developed a rivalry of sorts with Call of Duty over the next decade. By 2012, however, Call of Duty had pulled away in both popularity and quality, leaving Medal of Honor: Warfighter to seemingly be the last in the franchise. That changed when Respawn Entertainment, the developers behind the likes of Star Wars Jedi: Fallen Order and Apex Legends, took over the intellectual property and created the first virtual reality entry in the series. One unique element Respawn added to its take of Medal of Honor was about 90 minutes of documentary content. [Screenrants]

[Medal of Honor] was created because he had the foresight 20 years ago to know that video games would be the dominant form of entertainment and that that [would be] how the majority of young people would be learning.

And when you look at the numbers, you realize that a massive segment of the global population plays video games. They serve multiple roles in our lives from entertainment to learning and social connection. 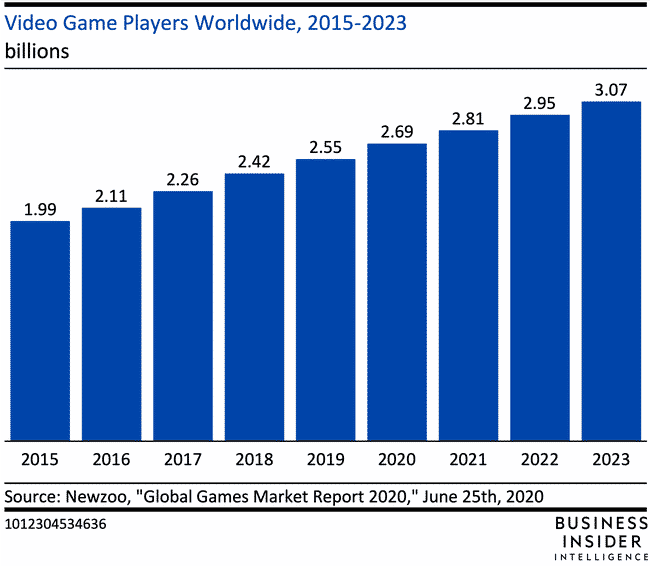 Statista predicts that video gamers will break the 3 billion mark by 2023. Of course, these massive numbers are largely for flat-screen video games. But you can expect that to change as XR technologies take off.

The documentary work in Medal of Honor: Above and Beyond is not without its critics. Colette and other films are part of the Medal of Honor VR gallery, which Respawn Entertainment used as a way to incorporate the actual experience of participants in World War II into the VR game. Here’s Respawn’s six-minute trailer on why they did the cinema gallery and how it ultimately help shape the design of the virtual reality experience itself.

For critics, it’s not the quality of the filmmaking but the juxtaposition of a video game sensibility with emotionally gripping cinema. The films tapped into an empathetic response that the game itself fails to achieve. Polygon put it best:

Developer Respawn Entertainment has created a state-of-the-art virtual reality experience in Medal of Honor: Above and Beyond, with excellent gunplay and a standout multiplayer mode. It’s paired with a series of documentaries that feature a diverse collection of World War II veterans coming to grips with past traumas and their impact on history. These vignettes are moving, and extremely well-produced. But they stand in stark contrast to the game itself, which comes off as campy. While the gameplay is solid overall, the end result is a very mixed message. 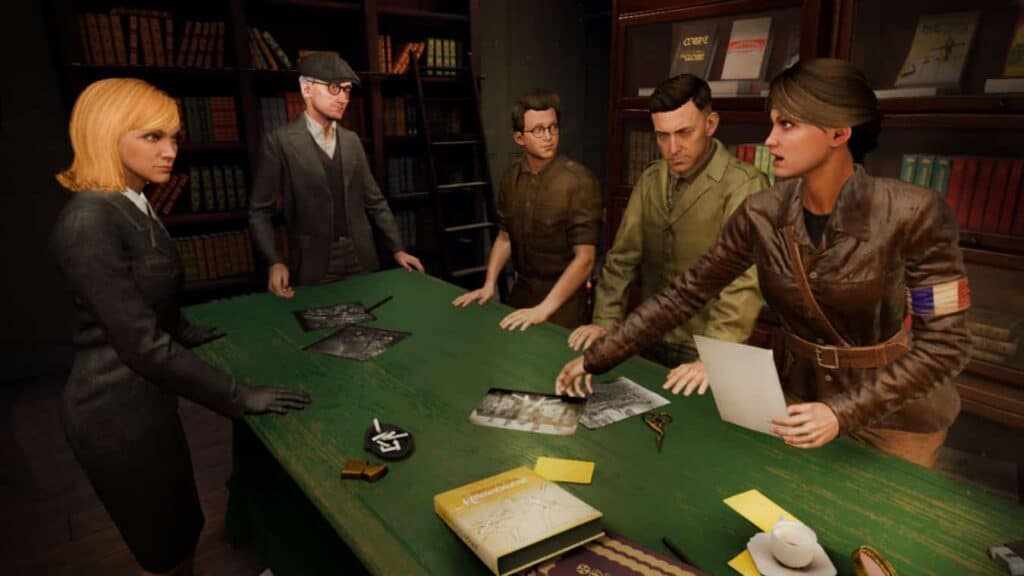 But this isn’t a fatal flaw and may have more to do with the scripting of the characters and dialogue in Medal of Honor than anything else. Half-Life: Alyx proves that VR games aren’t confined to a campy sensibility. And as our VR hardware matures and the market expands, you can expect to see immersive games that appeal to a more diverse audience. And for documentary filmmaking, that opens a much larger market than the traditional venues of independent film festivals and art-house cinema.

Virtual Spaces and Our Life in the Future

What’s so intriguing with the Medal of Honor VR Oscar nod is how this development may be a signpost for the future. Spielberg’s prediction on video games as a dominant form of learning and entertainment was made over twenty years ago. Where do you predict we’ll be with VR twenty years from now? As Respawn’s Peter Hirschmann put it in Hollywood Reporter,

One of the maddening and wonderful things of the game industry is just the rapid evolution, . . . what you can do today is radically different from what you could do just ten years ago. That pace hasn’t let up, he clarifies, adding that if anything, it’s going faster.

Peter Hirschmann’s observation is equally applicable to XR. The pace of change is both maddening and wonderful, despite a global pandemic. We continue to push the boundaries of what immersive experiences can do. And with AR glasses coming in the next few years, the revolution in XR technologies is only now getting underway. We’re on the initial steps of a long journey, and its convergence with gaming is inevitable. For all the (quite valid) criticism that Facebook’s Oculus Quest 2 has initially focused on game development, the convergence between gaming and VR should come as no surprise.

If the Medal of Honor VR nomination shows us anything, it’s that virtual reality will be more than just an amazing tool for artists. It will become a space for a variety of creative projects. No one is going to wear a bulky VR headset just to watch a film with the current state of our hardware. Your flat-screen tv or laptop is much easier. But people are already doing it when it’s embedded in a larger VR platform. As easy-to-use wearables arrive and social virtual worlds mature, VR will be a place for multiple layers of human experience. And it will become a space for filmmakers to tap into and widen their audience.

Whether the virtual ultimately supersedes our real-life experience is something that only the future will answer. We suspect it will – and there are both positive and negative aspects to that. Let us know where you think we’ll be in twenty years.