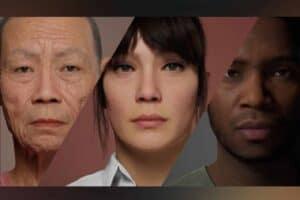 We might get excited by the avatars in our current social VR platforms, such as AltspaceVR and Virbela, but they’re nothing compared to what the future holds. Today, Epic Games provided early access to their MetaHuman Creator for lifelike avatars in video games. The digital beings will also work in high-end PC-based VR though they’ll take a performance hit. It’s a stunning glimpse into what the future holds for our social and community VR platforms.

The development raises fascinating possibilities for fostering empathy through VR and the vast realm of how we interact with others in virtual worlds in the future. And it also raises a host of complex ethical questions about how we will relate to digital recreations of human beings.

In case you need a refresher, this is where we are now with our avatars in the popular AltspaceVR platform: 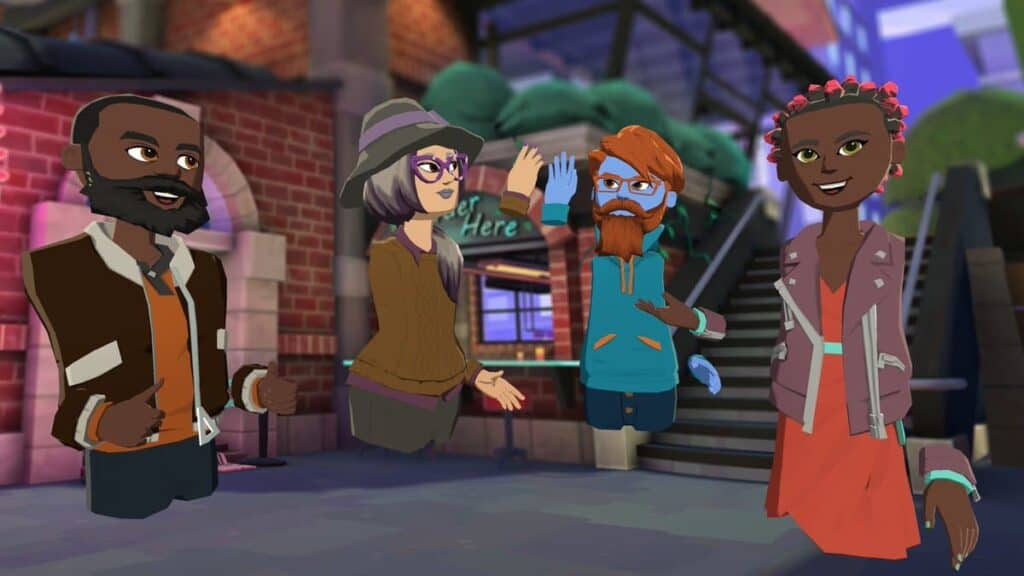 They’re nicely done and a definite improvement over the earlier versions. They even lock eyes and blink and gesture when talking to one another, giving you a sense that the avatars are actually real people having a conversation. Facebook has thrown its immense resources into creating digital representations of ourselves with their expressive avatars. But despite the advances, they all feel like primitive cartoon characters compared to Epic Games’ Metahuman Creator avatars.

This is what realism actually looks like in digital beings. 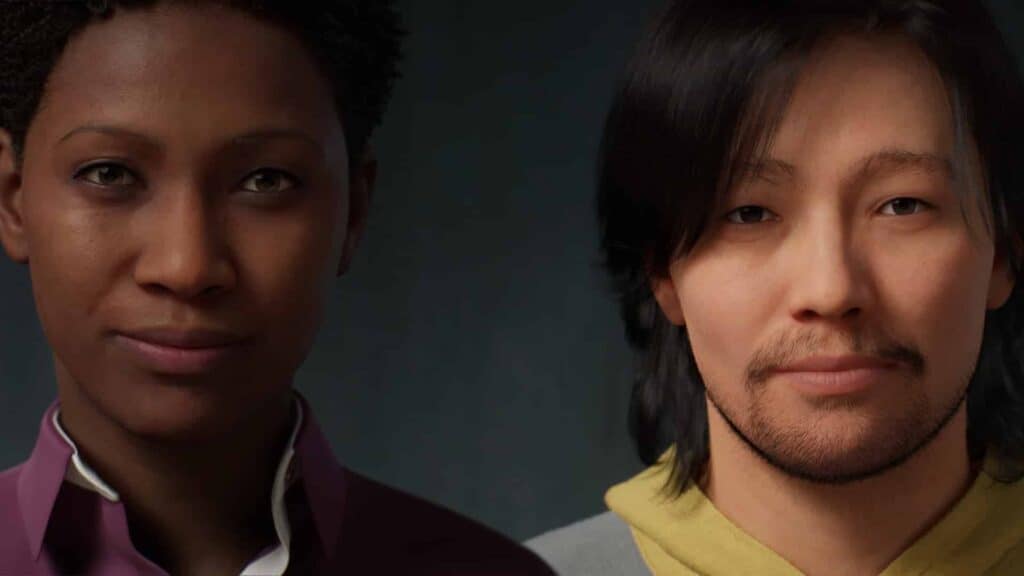 The avatars are stunningly realistic, and as part of an Early Access program, you can use Unreal Engine to create your own 3D avatars. Their tagline might be “Make something unreal,” but here, reality itself becomes unreal.

MetaHuman Creator works by drawing on a database of scans of real human beings. However, as features are added during the creation process, the original scan is transformed to conform to the new details. Wrinkles are not just an overlay but (alas, like in real life) an integral part of a new digital being, transforming the original scan’s geometry. Likewise for other features such as hair or the shape of the lips. In effect, you’re creating a deeply realistic digital entity that has never existed before. CGI that was once confined to high-end film production studios will now be available to small development teams. Give it a few more years, and it will be in the hands of everyone. Pandemic or not, the digital revolution marches on at an ever-quickening pace.

Here are the developers discussing the process and the goals of Metahuman Creator.

Indeed, there is something magical about bringing a digital being to life with realistic interactions. But as with any technology development, the real questions center around what do we do with it.

Initially, Metahuman Creator is designed for video games, but the digital beings can be used in immersive experiences. Obviously, there will be a performance hit in VR – there already is with the primitive avatars we use in our social VR platforms. But as our headsets and bandwidth improve, we will see increasingly realistic digital humans in our virtual worlds. That raises another troubling prospect (for another article) of virtual reality expanding the digital divide. As our high-end VR improves, it will offer not just better immersive experiences but ones that are qualitatively different from what the broader population has access to.

The Possibilities and Ethical Challenges

Deeply realistic avatars raise fascinating possibilities as virtual reality expands in workforce training and education. Imagine how avatars with this level of realism could be used in healthcare education. Or for developing programs that foster empathy and cross-cultural understanding. Imagine how teaching and training could be transformed by extending the presence of realistic AI-driven experts that could be available 24/7.

Don’t underestimate the power of digital beings in immersive environments. Many years ago, at the Sundance Film Festival, people had intensely personal reactions to Nonny De La Peña’s avatars in the debut of her Hunger in LA experience. Her avatars were state-of-the-art mocap entities at the time but still primitive – so much so that even she was surprised at how participants reacted. One of the characters in the experience collapses, and some participants even knelt down on the floor to try and help him. Imagine how that experience would feel today with the new tools from Epic Games. To paraphrase her insight, our world exists in 3D, and our avatars should be as realistic.

It’s just a matter of time.

Epic Games Metahuman Creator will also raise profound ethical issues. If I can create a deeply realistic digital human and do anything I want to with it, what are the ethical boundaries? Do our morals apply when the entity is real but doesn’t actually exist in the real world? They’ll exist, right next to us, in real 3D space, and our encounter with them will be part of our experience.

Where will we draw the lines of appropriate behavior? Will we leave it to our digital platforms to enforce their own rules – which is what our social VR platforms do now with their personal safety zones? Here’s a paradoxical scenario for the future: one wonders if digital human avatars will need their own “safety bubbles” to protect them from the excesses of the behavior of real humans.

Will there be a demand for new laws to regulate how we treat realistic avatars? Or will we develop an unwritten set of moral codes on how we should treat fake human entities? You might argue that none of this matters as the avatars aren’t actually real. But the counter-argument is that the way we treat digital beings will ultimately impact our own behavior (and character development if we are younger). This isn’t simply a replay of the long-running and largely debunked video games and violence debate. We’re moving into an ethical terrain we’ve never encountered before, where the digital becomes human experience. That’s vastly different from interactions with media or digital characters confined to a screen. How we handle these issues will say everything about who we are as human beings.

Take a long hard look at Metahuman Creator. It’s a doorway to our future.