Let’s face it. An infinite VR space is incredibly compelling. Especially when you live within the confines of a small 19th century New York City apartment. I’ve been playing with the proof-of-concept VR experience, Tea for God, which will suck you into its procedural generation of virtual space. Careful if you’re short on time, as this will cost you an evening (or many more). Don’t say I didn’t warn you.

As BrainFizz VR described it on YouTube, it’s a

A demonstration of how the use of non-euclidean geometry, procedural generation, and redirected walking coupled with a large roomscale footprint can effectively fool you into thinking you are making your way through an industrial complex when in fact you are walking in circles and figure eights.

If you’re doing any development in VR, you need to step into this non-euclidean world. Just to see the possibilities. And see the potential of Facebook’s wireless Oculus Quest.

Tea for God is currently in pre-alpha stage with a publicly available build. It’s from the game developer Void Room (Jarosław Ciupiński). Though it’s not in the Oculus Store, it leverages the potential of the Oculus Quest headset – no cables, no base stations, just you in an infinite VR space. There’s no teleporting or moving around with artificial gestures.

It takes a little work to get this on your Quest. You’ll need to be in developer mode and use Sidequest. And bear in mind that this is not an Oculus approved VR app. But it’s a compelling experience of virtual spaces and what the Quest HMD will provide in the future. 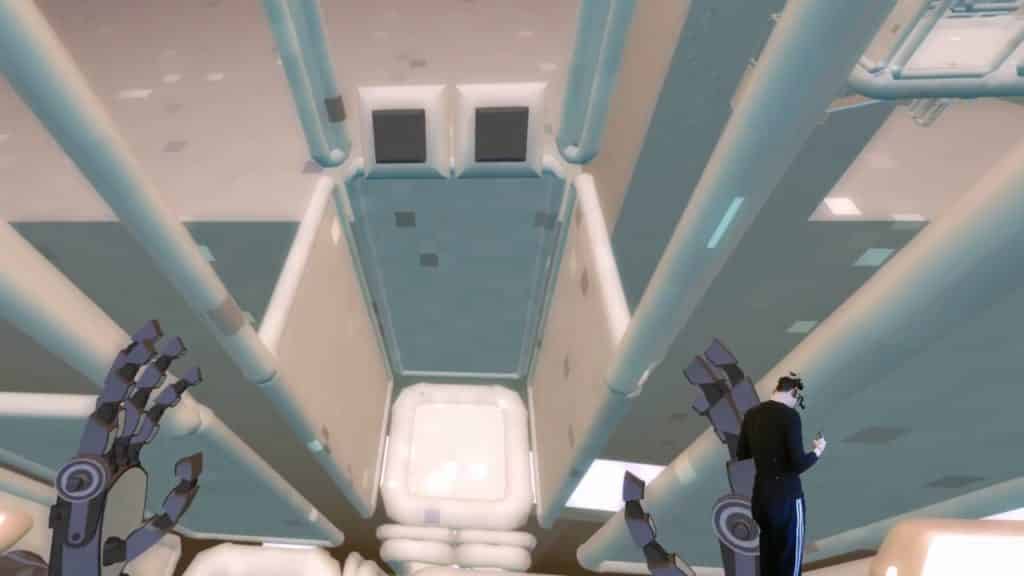 VR shooter with roguelike elements with the most natural locomotion, tons of procedural generation, about AI, religion and future of humanity.

A pilgrimage with guns to AI temple. In VR, on your feet.

What’s that about locomotion?

Forget about artificial ways to move. No teleport, no stick or other ways to move your in-game character with you just staying still. Imagine you could walk through the world – without any extra devices. Imagine game that utilizes your room as much as possible to let you just wander around.

And that’s exactly what it does. You do need a minimum amount of space (about 1.8m x 1.2), but you can use a much larger area.

Should I worry that I will hit the wall?

No. The game knows what are the limits and sticks to them really hard. If you see a place you could go to, game makes sure it remains within given boundaries. You may feel uneasy at the begining, but after a while you may forget that you are in fact in your room.

You do feel uneasy at the beginning. Early on in the experience, I kept peeking under my headset to make sure I wasn’t going to trip over a coffee table or chair. But you soon get sucked into the environment and completely forget that you’re walking around in circles in your room. With procedural generation, the virtual space adjusts to the size of your actual playspace. In a larger physical room, you find wider corridors and bigger platforms. It all shrinks down to a tight-maze if you’re playing in a limited area like I was.

BrainFizz’s short video gives you a side-by-side comparison of the infinite VR space in Tea for God.

For instance, one segment had me rounding a corner to a small room featuring several windows. After taking out a few enemies with my wrist-mounted weaponry (yes there is combat), I proceeded to walk into an elevator lift, which then took me to a new floor full of impossible alleyways where walls transformed into doors depending on the perspective in which you viewed them. Think of it like the famous M.C. Escher painting Relativity, only in VR.

And at times it does feel like you’ve stepped into an M.C. Escher work (who would have so loved VR).

The concept isn’t entirely new. In the early days of the HTC Vive and Oculus Rift, Unseen Diplomacy did something similar with procedurally generated obstacles and walls. But Tea for God offers a far more immersive and complex virtual environment. 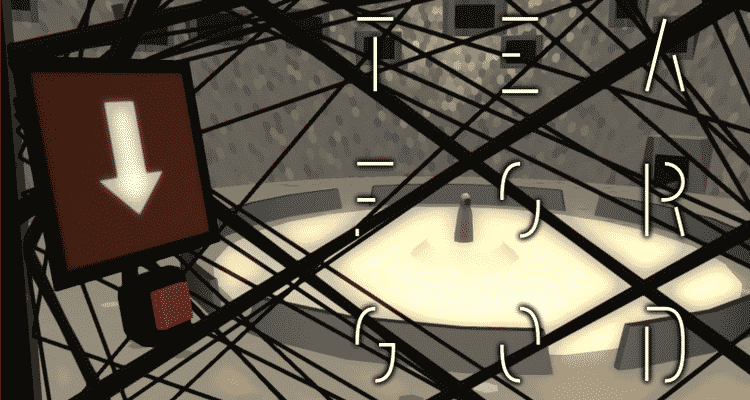 The gameplay in Tea for God is nothing complicated. In its current state, just proof-of-concept. It is a VR roguelite shooter, with almost cartoon-like violence. It has a futuristic story behind it about AI and machines which have embedded themselves into every facet of human existence. Think Amazon Echo as just the first scouting party. One day the robots revolt and obliterate most of the human race in a few hours. You’re left to save, well, what’s left and that finds you walking through a maze of simply rendered corridors, alleyways, elevators, and platforms. You can find more details on Void Room’s site.

For now, this is really about the experience of infinite VR space, not the story. The developer has set different levels in the game, so if you’re up for a basic FPS experience, you’ll have it. But you can also explore the space and see how you can move for hours without ever crashing into the wall.

Getting this to a Beta version or eventually, an Oculus Store quality experience would be amazing. As Jamie Feltman said in UpLoadVR,

Going forward, I’m hoping to see developer Void Room integrates new, more entertaining traversal ideas. Things like laser grids to step over, vents to crawl through and traps to dodge. Pair those sorts of features with rewarding and replayable procedural generation and Tea For God could be one of the most immersive and best shooters on any VR headset.

Even now, the immersion is so compelling that you find yourself trying to avoid the walls (even though none are there). At one point, I caught myself grabbing for a virtual railing as I stepped out onto a platform high above a scene. I’m also trying to imagine what it would be like in a multiplayer version. It could be incredibly creepy or fun.

We have no illusions here – movement in virtual spaces is one of the hardest challenges VR faces. And Tea for God isn’t a complete solution for infinite VR spaces. It isn’t a way to simulate the expansive virtual space of a workplace or healthcare facility (yes, we know, hospitals may feel like mazes, but they’re not). And if you want your students to experience the streets of Ancient Rome, you can’t have them walking through endless twisting corridors (though this could definitely replicate the basement of the Roman Colosseum.

But it is a compelling way of deceiving you into thinking you could walk anywhere without ever leaving your VR lab or your living room. Do this just once and other VR movement solutions such as Cybershoes, Google’s patent for motorized VR footwear, and the Omni Motion Platform pale in comparison. The latter has gained some traction in commercial location-based gaming installs, but it’s not going to become a fixture of our living rooms.

As Android Headlines put it, Tea for God will “blow your mind and your sense of reality.” If you haven’t experienced non-euclidean geometry, procedural generation of virtual space, and redirected walking, then you need to do this.

Because somewhere, deep in the midst of the endless corridors of Tea for God, lies the future of virtual reality.