Collaborating and working in VR is a step closer to reality with the new Dream platform – but there’s still challenges to overcome before we get there. Multi-user platforms are surely in VR’s future and Dream would like to be the solution.

The interest in this area is rapidly growing. If you watched the Oculus Connect 5 conference last week, you noticed Facebook’s increasing emphasis on playing and working in VR. They demoed both virtual workspaces and arena-scale gaming environments.

All of this will get a boost from the new Oculus Quest headset. With its standalone design and 6DOF freedom of movement, expect to see a number of new VR collaboration platforms. Facebook may be marketing its new HMD as a gaming device, but its uses will extend far beyond virtual tennis on an open court.

Working in VR with Dream 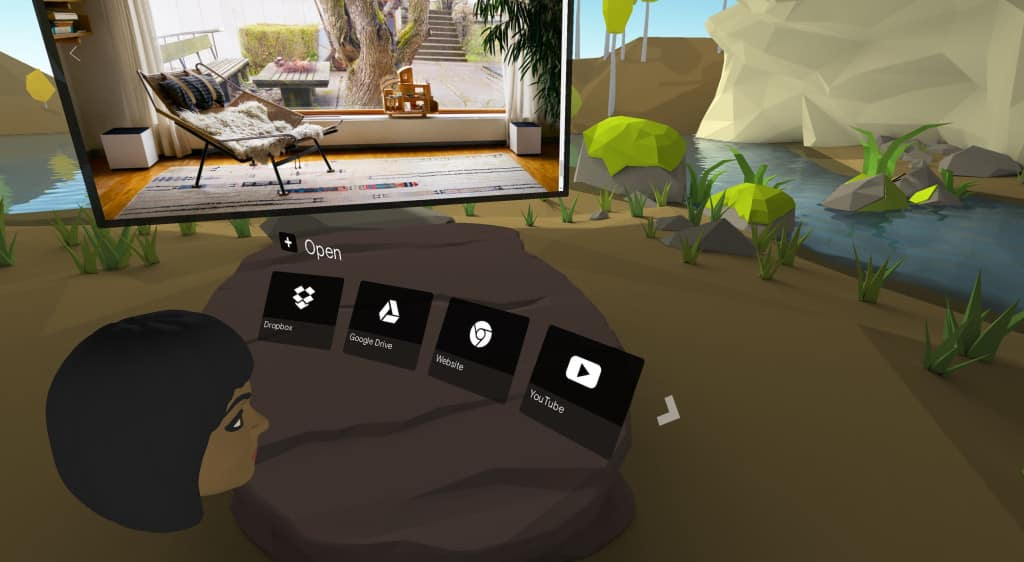 Here is Idan Beck, Dream’s CEO with the announcement in Medium:

Today, we are releasing Dream after nearly 3 years of development!

Dream makes it possible to meet and collaborate in virtual reality unlike anything else. Have a remote stand up with your team using Trello, or present a PDF from your Google Drive or Dropbox. Conduct a design review from the comfort of your home with people around the world, or simply watch YouTube together . . . .

. . . . Naturally, entertainment and media experiences have taken center stage. These experiences have had a much easier time advancing VR from concept to product and if you’ve tried virtual reality you might recognize the mental leap that can occur— extrapolating a few floating polygons into an infinite assortment of experiences. Virtual reality taps into the inner vein of our imaginations, so it’s easy to want to immediately skip ahead to this endgame.

However, there’s something really big here — something that could fundamentally improve our lives, and start doing so today. Virtual reality holds the key to meaningfully connect people around the world, and actually unlock remote collaboration in a way that currently only in-person meetings can accomplish.

Beck, a cofounder of the company said in an interview with VentureBeat,

We were looking at the promise of VR as the next paradigm shift in computing . . . What does software look like? What does an operating system look like? How do you use a browser? The idea is you can wear a headset and interact with all the people you know in VR. We believe that productivity is a good use case for VR.

The trailer for Dream’s launch is short and gives you a feel for what you can do in the space.

We’ve always been taken by the power of virtual reality to develop new forms of journalism and storytelling. And the potential it has to transform learning in the sciences and liberal arts. With all the potential ethical issues we’re ignoring, the latter will play a critical role.

But like Idan Beck, we also see the collaborative possibilities. In education, virtual reality will transform online learning. The collaboration tools we now rely on often feel like they were born in another decade (and seriously, many of them were). Organizations will find new ways to connect remote workers, pulling them into virtual spaces for meetings, projects, and soft skills training.

Early on, Microsoft showed the potential with its groundbreaking teleportation demo for HoloLens. And the VR distribution platform Jaunt acquired an AR teleportation platform earlier this year (expect to see more from that move shortly).

In fact, we’ve always thought that immersive technologies will eventually bring about the death of flat-screen video conferencing as we know it. 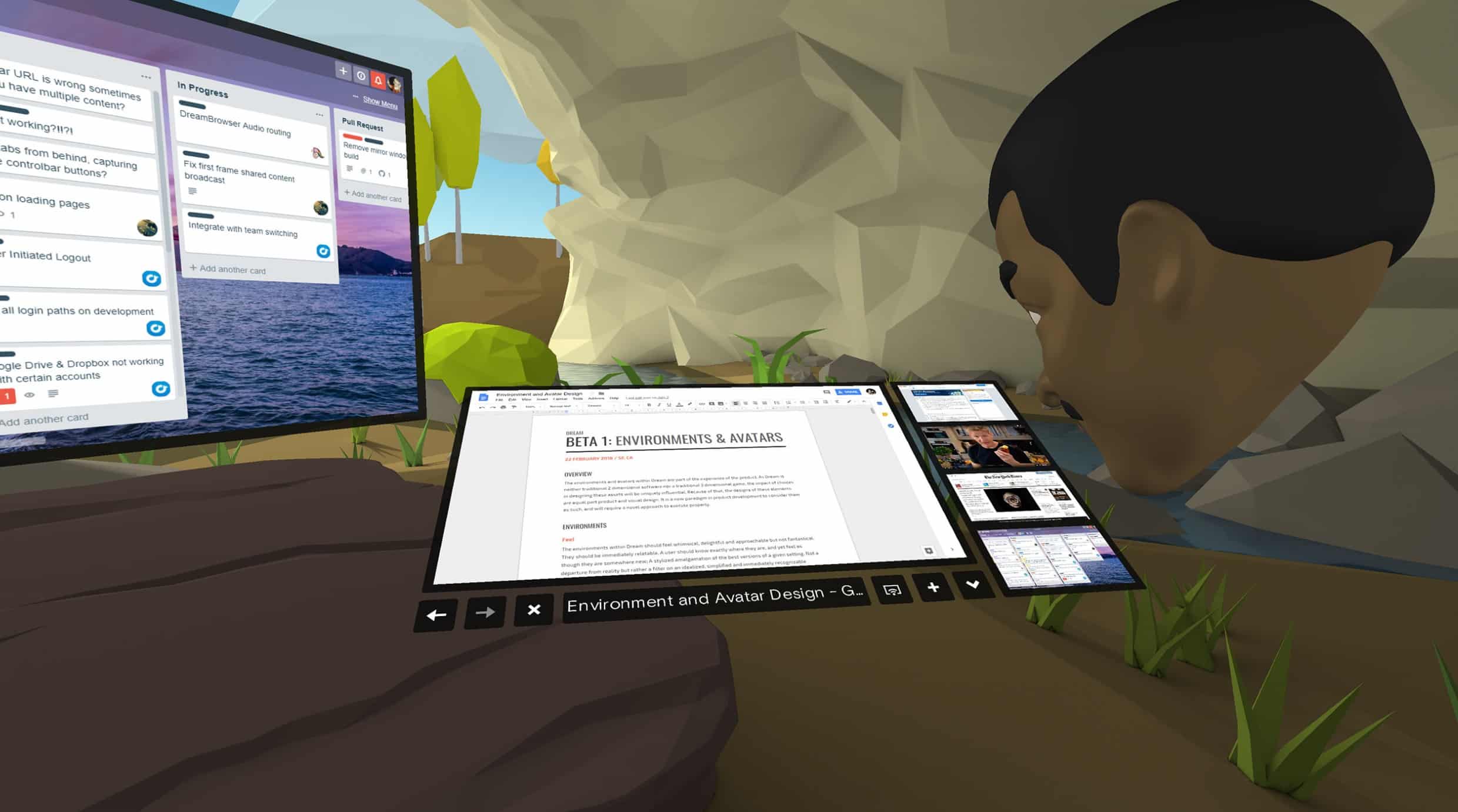 That said, the technology – and our vision of what virtual collaboration could be – is not fully there yet. It feels awkward standing in a virtual space watching content on a flat screen. As if we somehow had dragged our old technology into our new virtual world. Not as bad as showing up at the airport and asking where I can tie up my horse, but close enough.

Maybe once we get voice-command immersive interfaces it will make more sense. But speaking for ourselves, we have no desire to type using virtual hand-controllers. Nor do we want to point and click at flat screens as we do in our current analog/digital world (which is truly a “mixed reality”).

None of this is meant as a criticism of the Dream project. It’s a major step in moving toward collaborative multiuser environments. And we love that it is an open platform (VR, in general, hasn’t been so good on this). And once the technology is ready, I’m sure we will find ourselves eagerly working in VR. You can check it out now through a free download on the Oculus Store.

We’ll be looking at some other collaboration platforms later this month. For now, take a look at Dream and let us know what you think.