You have to sit up and take notice when a company like Walmart dramatically expands its VR training. The retailing giant is purchasing 17,000 Oculus Go headsets to train employees in new technology, compliance, and soft skills such as customer service and empathy (I will never gain empathy for the Black Friday crowd, but that’s another story).

Of course, for a company that makes $40 million a day in profit (or if you prefer a more granular perspective, $466 per second), this isn’t a huge financial commitment. But it’s definitely a commitment to Virtual Reality as a corporate training tool. After being at the Realities360 conference this summer, it seemed clear that the corporate world is much more eager than the academic world to embrace Virtual Reality.

That urgency might seem to have a faddish quality if you’re a skeptic, but there are serious compliance and soft skill issues that have to be addressed. When someone literally pushes you against a wall (this did happen to me) and desperately exclaims, “Listen, I have 20,000 employees in the field and our LMS and training videos are a joke – they just don’t work!” – they’re not going to waste time on a five-year plan and some fuzzy benchmarks to redesign the learning environment.

They need a solution.

Walmart already had a number of Oculus Rift HMDs that it was using with managers at 200 training centers. This new project goes with the much less expensive Oculus Go headsets which as standalone units are also significantly easier to set up.

Even if the HTC Vive was the same price, deploying 17,000 of them would be the stuff of nightmares – the technical challenges alone would sink the project. 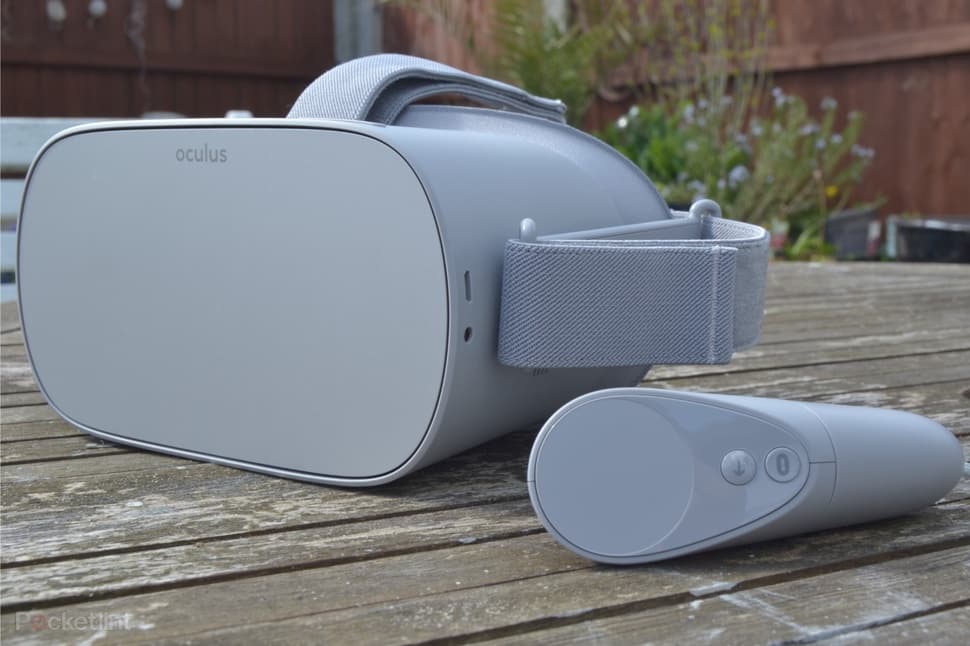 Here are the details from Walmart’s blog,

Starting next month, VR training will begin its launch across the country, sending four headsets to every Walmart supercenter and two units to every Neighborhood Market and discount store. With more than 17,000 Oculus Go headsets in stores by the end of the year, every associate – including those on the floor who interact with customers the most – will have access to the same training that their managers and department managers do at the Academies.

This democratizing of learning opportunities is one key to the power of VR. Once the experience is designed, it can be deployed across the organization. Just as the Web equalized our access to print resources housed in libraries (assuming, of course, one had access to the Web), VR will equalize access to experiences and simulations (with a similar assumption here).

Of course, exceptional content is key. And Walmart turned to the well-known STRIVR to create 45 content modules: 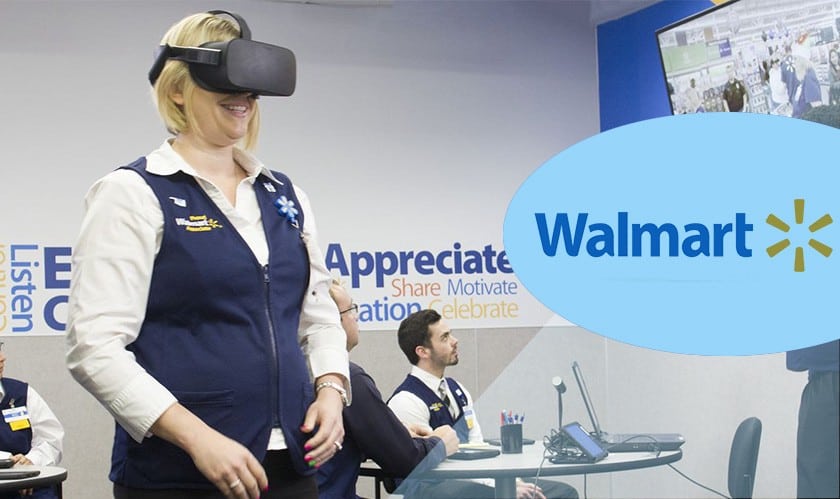 What makes it [VR] so compelling is that costly, difficult, or otherwise-impossible scenarios and simulations become not only possible, but immediately within reach.

We couldn’t agree more. And it may be the start of a revolution in corporate training and eLearning initiatives.

An added benefit for Virtual Reality

Put aside all the press on Walmart’s embrace of VR for a moment. There’s another benefit here that will actually help the broader landscape of Virtual Reality (and not just the sales numbers for Oculus). As Walmart expands its VR training, consider that it employs some 1.5 million people in the United States alone (and 2.3 million worldwide). Every one of those employees will get to experience VR multiple times, which will go a long way toward making immersive tech part of our everyday world.

And when VR moves outside of the tech community, the floodgates will open.

Watch the Oculus Connect 5 livestream he