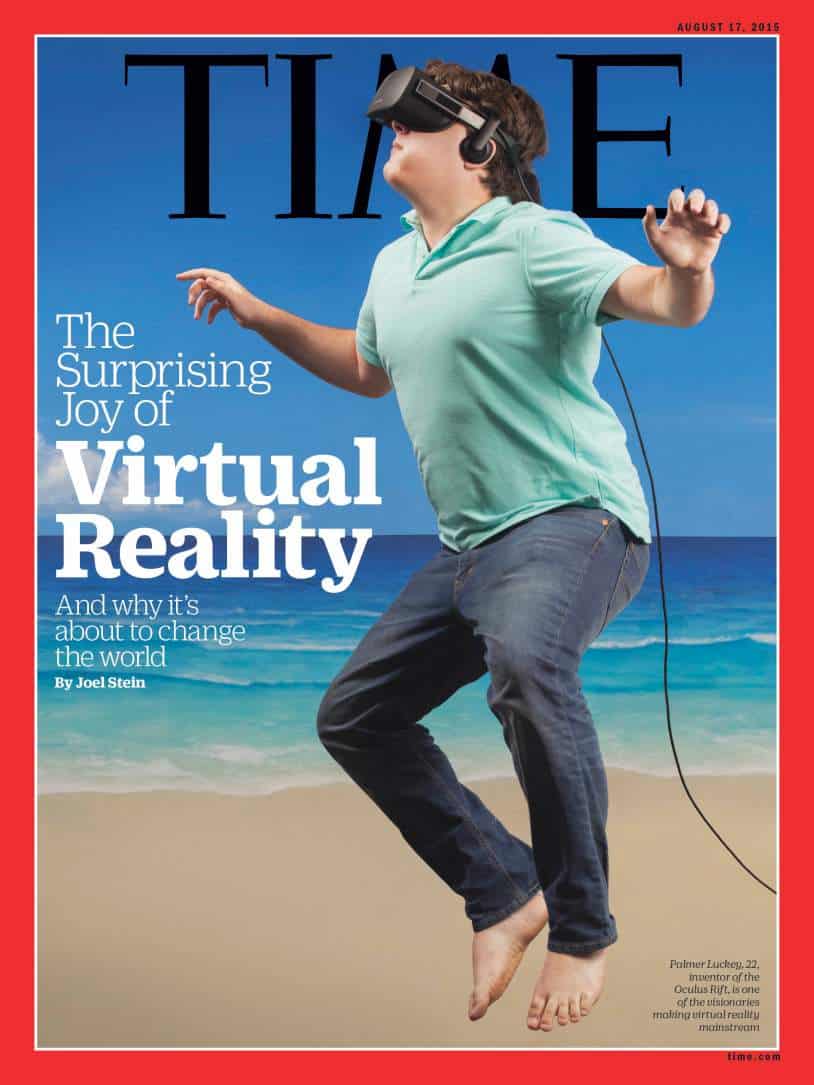 Time Magazine does an unintentionally humorous cover photo and article on Virtual Reality. But now that you’ve glanced at it, you can’t look away.

And unfortunately, the image is seared into your brain.

Time Magazine Trips Over Itself

It’s a rite of passage – Time Magazine devotes a cover to a topic right as it’s going mainstream. Problem is, the topic can immediately become a parody of itself. Virtual Reality is incredibly important – but that’s hard to see in an image of a barefoot Palmer Luckey floating above a beach.

OculusVR founder Palmer Luckey is one of the tech industry’s brightest rising stars—a fact Time tried but ridiculously failed to capture on its newest cover.

As you can see above, Luckey is shown in mid … uh, jump? Stumble? Rapturous epiphany? The only things viewers can tell for sure is that he’s been Photoshopped in front of a beach and that he looks ridiculous. (UPDATE: Time responded, not to defend the cover, but merely to point out that he was photographed in front of a backdrop at Facebook’s headquarters and wasn’t Photoshopped.)

Photoshopped or not, Palmer looks ridiculous. And it makes VR look ridiculous. Images convey meaning but I have no idea what the cover was trying to do.

Thankfully, Photoshop and Twitter have been working overtime and the Internet has turned the image into a meme. We may have to live without Jon Stewart, but parody is alive and well online.

And at least Time Magazine had the good sense to join in the fun and reprint some of the memes they helped create.

A couple of our favorites: 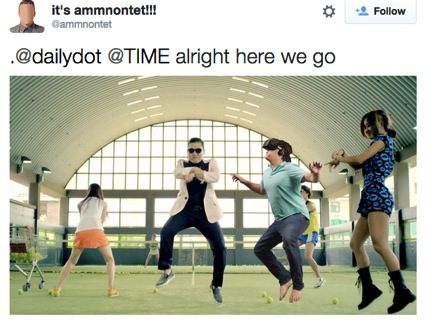 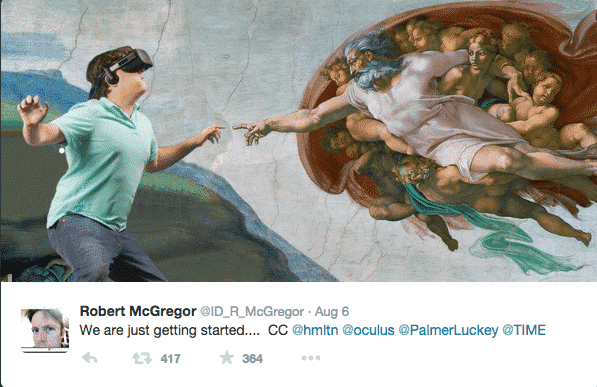 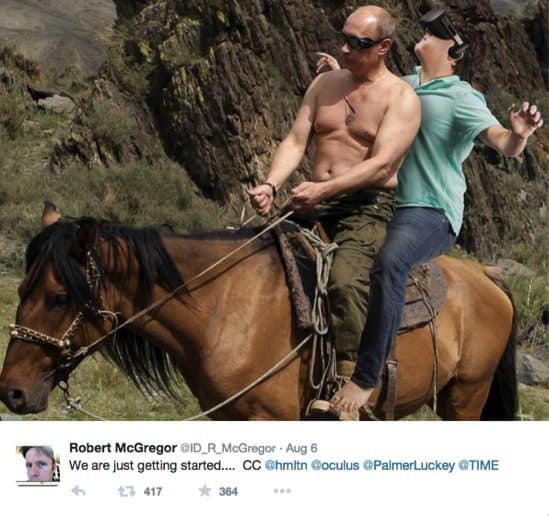 Fun as it is to make grand pronouncements (yes, we’re talking about you, USA Today), a bad cover shot isn’t going to harm the Virtual Reality movement. VR is alive and well, and moving faster than we realize.

In another decade, someone in a VR environment will pick up a simulated copy of Time off a simulated desk, flip through it, and marvel that this was how some people actually learned about Virtual Reality.

Might just be worth buying the issue as a collector’s item.