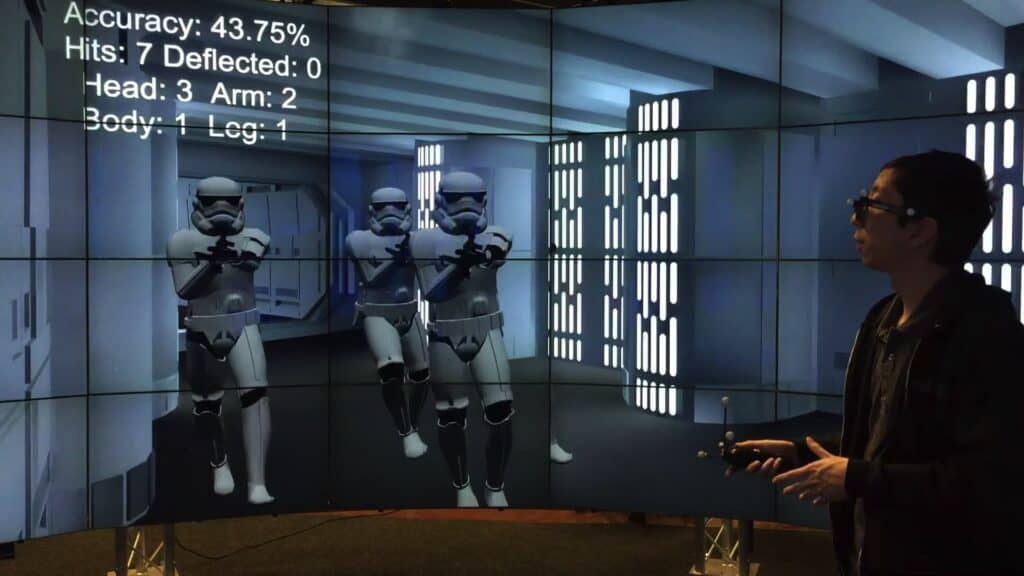 You haven’t experienced the Death Star in Star Wars until you’ve seen it in VR. The original Death Star in the first movie in the series (1977) was born at the University of Illinois at Chicago (UIC) in their Electronic Visualization Laboratory (EVL). And now a new version of the deadly space station has been recreated at UIC. It’s a high-tech version more befitting of the 2015 movie, Star Wars: The Force Awakens.

Unfortunately, you’re not going to find it (for now) on Oculus Rift or HTC Vive.

The new Death Star was done by Arthur Nishimoto, a research associate and second-year computer science doctoral student at EVL. And in this life size version, you can actually walk inside it. It was built in EVL’s CAVE2, a hybrid space that is both an immersive environment and a project space.

CAVE2 is a hybrid environment that doesn’t require a full VR headset, just a pair of 3D glasses with sensors. Here’s a description of the technology,

“The tracking system is the key component here,” said Nishimoto, pointing at the tracking markers on the 3-D glasses he was wearing. The infrared cameras pick up the markers so that the computers know exactly the position and the orientation of the glasses. When a user wearing these glasses moves in the space, the computers redraw the scene to their perspective, so the user seemingly can walk around the virtual objects as if they were really there in front of you.

CAVE2 opened at UIC in 2013 (more details here) and while it’s not quite the Holodeck on Star Trek: The Next Generation, it’s about as close as you can get at the moment. In short, a nice place to recreate the Death Star.

Here’s a  quick video, not an immersive 3D experience, that gives you a sense of Nishimoto’s work.

We haven’t had the chance to step foot inside CAVE2 but experienced a somewhat related setup in the LucasFilm’s Holo-cinema at Sundance. Holo-cinema doesn’t use wall-mounted screens and there are other differences, but like CAVE2, it relies on an array of tracking sensors and a lightweight 3D glasses. These platforms are not the fully-immersive virtual reality you find in Oculus or HTC Vive. You can see yourself and work with someone standing next to you. It’s incredibly realistic, but as a hybrid space, it also functions as a project environment.

Both styles of immersive reality may be around for a while, until we reach the point where we can have multiple (and realistic) participants in virtual reality. Or when you can step into CAVE2 and dial up the realism to full immersion.

This is actually may be the kind of immersive environments we have in the future – virtual spaces where you can adjust the extent to which you are fully immersed. In education, work, and entertainment, we may want to move between hybrid and full immersion, moving in and out of virtual worlds depending on our needs.

For now, CAVE2 is cutting-edge stuff – step into it if you get a chance. 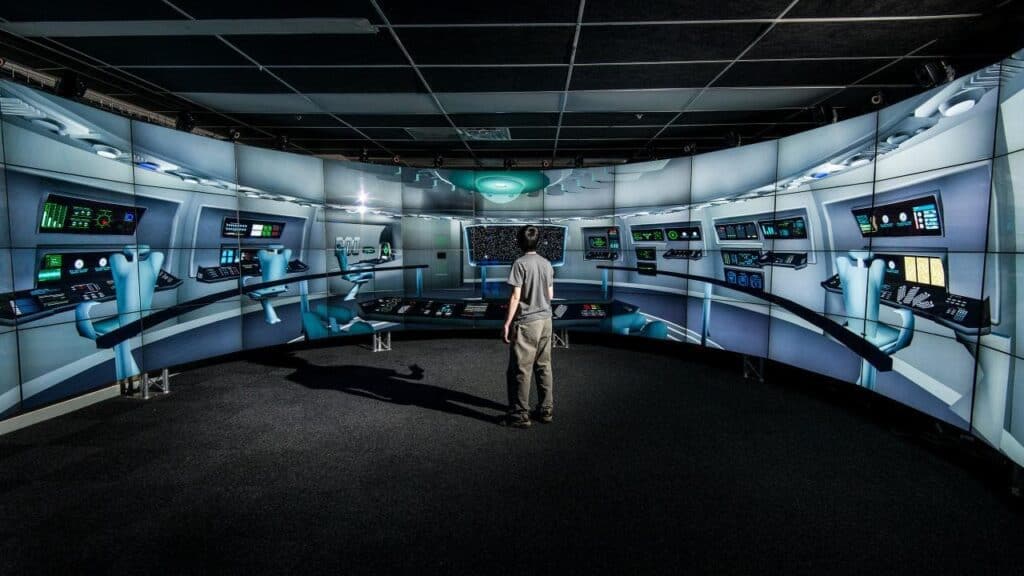 A Virtual Reality Planetarium on your Ph