A short time ago, it would have been hard to question the future of the Samsung Gear VR headset. Released in 2014 (here’s The Verge’s initial impression), it’s been one of the few mid-range VR headsets you could buy. Discounting the ten million Google Cardboards, it’s been the market leader with over 5 million sold or distributed. Oculus Rift and HTC Vive can’t come close with combined sales of less than a million headsets last year.

But market share doesn’t guarantee future success. Especially in a rapidly evolving environment. Samsung’s hasn’t exactly been resting on its laurels. The 2016 model increased the field of view and the recent 2017 version copied and improved upon Google’s Daydream hand controller. Add in the new Galaxy S8 phone this year and you have a state-of-the-art mobile VR experience. 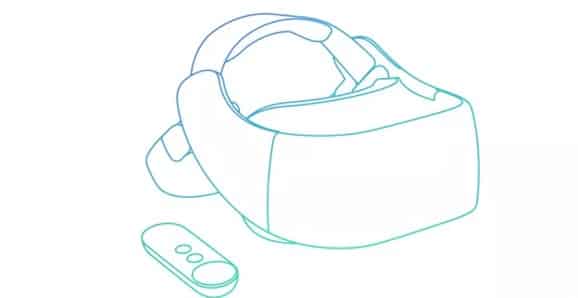 You wouldn’t think Google Daydream is a problem. Samsung Gear VR draws upon over 700 apps in the Oculus library. Daydream has a paltry 150. That’s one of our main frustrations with Google’s headset. We’ve been envious (okay, frustrated is a better word) of the Oculus Store access that comes with Gear VR. And Google’s headset has required a Pixel or Daydream-enabled phone. Few apps and very few phones gave Samsung (and Oculus) little to worry about.

But Google upended all of this in announcing that they are creating a standalone VR headset. The device will work without a phone and include inside-out tracking – offering a far more immersive experience. This is no $129 device. Estimates are coming in around $300. But here’s what could kill Gear VR – the Galaxy S8 will be Daydream compatible.

That leaves Samsung in a difficult spot. You know where developers will go. As the Daydream platform gains in compatible phones (including ones by Samsung), there will be little reason to create content for a Samsung only market. You’ll get the best of both worlds by doing VR apps and experiences for Daydream.

Oculus could be the loser

If Gear VR has a future, it will be only for the lower end of the market. The real question is whether Oculus will continue to support it. In the early stages of the VR revolution, the Samsung-Oculus partnership shaped the market. As RoadtoVR notes,

It’s possible that Oculus could push the hardware envelope and dream up some new tech that would fundamentally differentiate the end-user experience on Gear VR compared to Daydream. It looked like inside-out positional tracking could have been that trump card when the company showed off the impressive standalone Rift ‘Santa Cruz’ prototype back in 2016, but Google’s newly announced standalone Daydream headsets also bring inside-out positional tracking to the table. . . .

Now, all signs point to Google getting their mid-range inside-out tracking VR headset out the door first. While Samsung and Oculus have had a productive partnership in bring virtual reality to the consumer market,

. . . as a leading manufacturer of Android devices Samsung is an even bigger and stronger partner with Google, and has been for much longer; when you compare the scale of Samsung’s Android business to their Gear VR business… well, there’s really no comparison.

The real question in our minds is whether Oculus eventually caves in and grants Google access to its VR library (for a fee, of course).

The Samsung Gear VR has been ground-breaking device. And until now, Google’s Daydream has been a lot more promise than reality. All that’s about to change – which shouldn’t come as a surprise in a market where change is the only constant.

As for that ostrich in Samsung’s wonderfully creative ad, #DoWhatYouCan’t, its next flight may be with Google DayDream. 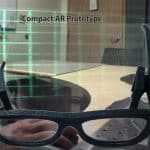 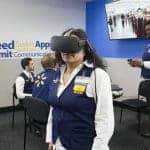 Walmart dives into immersive tech with a