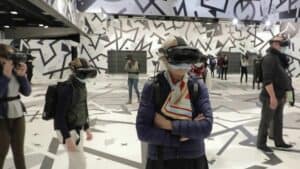 A remarkable new experience of Notre Dame in VR has arrived in Paris. Eternal Notre-Dame is a unique VR experience of the cathedral in Paris developed by Orange and HTC’s content partner, Emissive. Spanning 500 sq meters and hosting 50 people simultaneously, the immersive installation brings you face-to-face with the medieval origins and the 850 years of the monument’s history.

The Cathedral in 360 Videos and Video Games 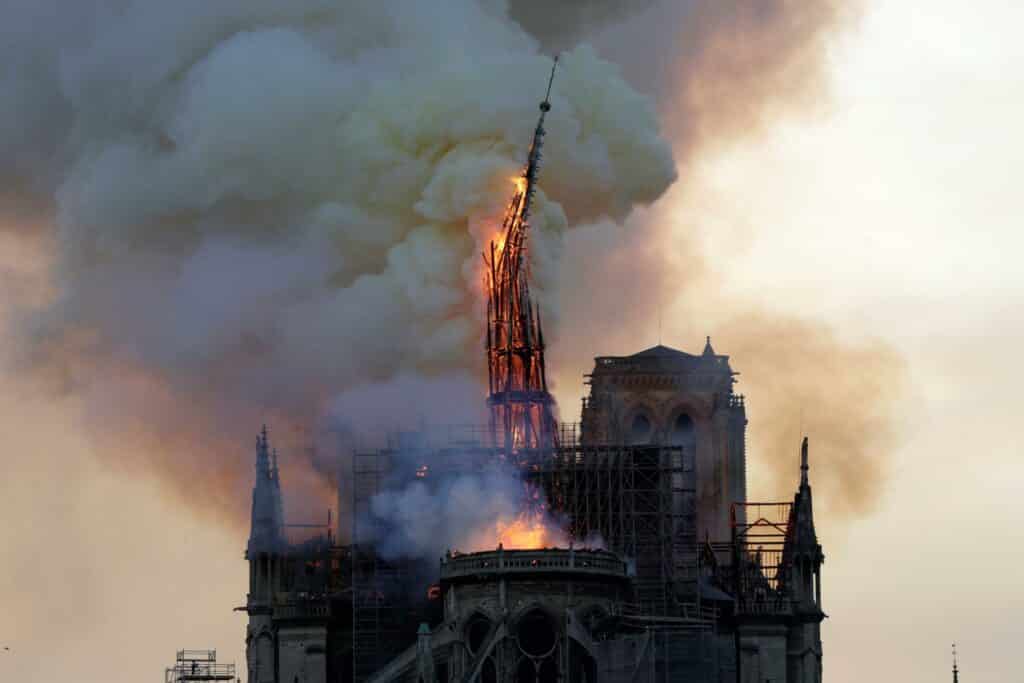 Nearly destroyed by fire in 2019, the cathedral is currently inaccessible while under reconstruction. Notre Dame has been the subject of several 360 videos and, more famously, a virtual replication in Ubisoft’s 2014 video game, Assassin’s Creed Unity. While the 360 videos provided some help in the reconstruction project, the building was already undergoing 3D scans, which offer much greater accuracy.

In the first few months after the fire, there was speculation that Ubisoft’s game could help in the reconstruction project. But due to the needs of the game mechanics (pointy rooftops didn’t work with the game’s parkour movements) and a crazy patchwork of French copyright laws (you can’t make replicas of the gargoyles or the organ), the Ubisoft version lacked the accuracy restorers needed.

If you’re interested in how digital reproductions (in VR or not) interplay with real-life historical accuracy, there is an excellent analysis by Simone de Rochefort in Polygon. As Ubisoft’s art historian, Maxime Durand, summed it up for Le Monde,

The monument that we recreated takes great artistic liberty.

Still, it’s a delightful 360 experience, even if it’s not actually Notre Dame in VR, and worth taking a look at.

There is something deeply compelling in the 360 video of Ubisoft’s work. Maybe it’s the juxtaposition of background scenes of 18th century Paris with the iconic elements we associate with Notre Dame today (the famous spire on the roof wasn’t completed until the following century). After all, games are a form of storytelling that can give you the feeling of history, even if they lack historical accuracy.

The new Notre Dame in VR experience brings the building to life with much greater detail based on the resources used in the restoration project. Here is the trailer from the Eternal Notre-Dame experience:

In this interactive VR experience, audiences use HTC’s Vive Focus 3 VR headset to explore a historically-accurate recreation of Notre-Dame painstakingly crafted using high-res scans of the interior and older images as a reference. The visually-captivating simulation allows you to walk the halls of the historic structure, explore the roof, listen to stories from the original builders, watch glazers install an intricate stained glass window, and discover the cathedral’s many secrets.

The experience can take up to fifty people simultaneously (you’ll create a digital double of yourself) and relies on the Vive Focus 3 headset.

You have the opportunity to explore inaccessible areas as it takes you up to the now severely damaged section of the vaults above the nave that were destroyed in the fire (check any fear of heights at the door).

The installation includes two additional exhibitions, with a 3D model of the cathedral provided by the Diocese of Paris and a film on the current reconstruction project. In many ways, the VR installation echoes the design used by film director Alejandro G. Iñárritu’s CARNE y ARENA, where the VR experience is supported by media resources.

Deep in the middle of a pandemic, not many of us are traveling these days. But if you have the good fortune to be in Paris, you can catch Notre Dame in VR at the Espace Grande Arche in la Défense. Then, come September 2022, the immersive experience will move to the Parvis de Notre-Dame and eventually travel across Europe. Hopefully, it will ultimately make it to other continents so that people around the world can experience one of the most iconic French monuments in virtual reality.