An alert developer stumbled across the specs for the Magic Leap One field of view, which the Mixed Reality startup has kept under wraps. The FoV question repeatedly came up in the so-called “demos” they’ve held on Twitch for the past few months. And like other questions about the innovative HMD, it went unanswered.

Magic Leap One Field of View 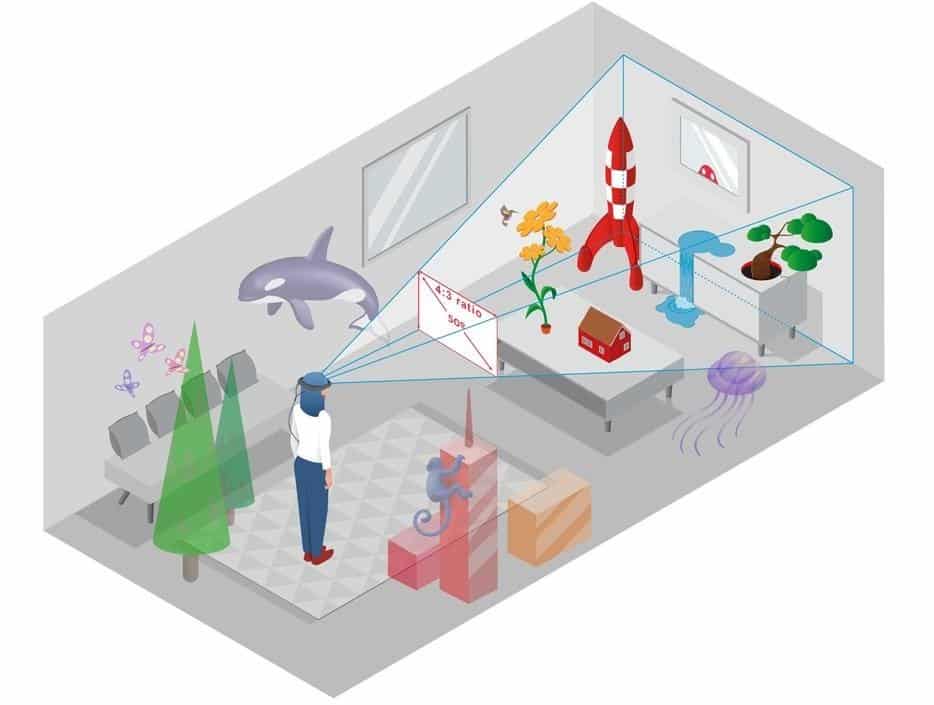 According to Next Reality, the Magic Leap One will have,

It’s an improvement over the narrow FoV of HoloLens but not by a lot. And it doesn’t come close to the Meta 2 headset (which is close to 90°) or other projects in the AR pipeline. Rumors are that a second-generation HoloLens is in the works with a significantly larger FoV.

One thing the Magic Leap One has going for it is the large steam-punk frame surrounding the lenses. Unlike the see-thru visor approach of HoloLens, you won’t notice much of your surrounding environment beyond the Mixed Reality area. In that regard, it will feel larger than it actually is.

That’s one way VR headsets get by with their passable 110° – but less than ideal – FoV. Everything outside the lens just doesn’t appear.

FoV by another name?

It’s an old marketing ploy – when a feature isn’t great, give it a new name to avoid comparisons. According to Next Reality, Magic Leap has coined a new term with a connection to geometry – the “View Frustum” – to describe “the space in which 3D objects appear”. They argue that FoV is a measurement for two-dimensional space, not the 3D experience of Mixed Reality.

They may have a point – but unless it’s embraced by the entire immersive tech industry, changing terms won’t help. And “frustum” sounds awfully close to another term you don’t want users to associate with your new HMD – frustration.

Next Reality offers some examples of the Magic Leap One’s FoV – or Frustum, if you insist – in a real-world context.

VentureBeat offers a helpful comparison of AR VR fields of view. And when you look at the image below, you’ll understand why they see the FoV news as another “AR disappointment”. Yes, it really is that small. 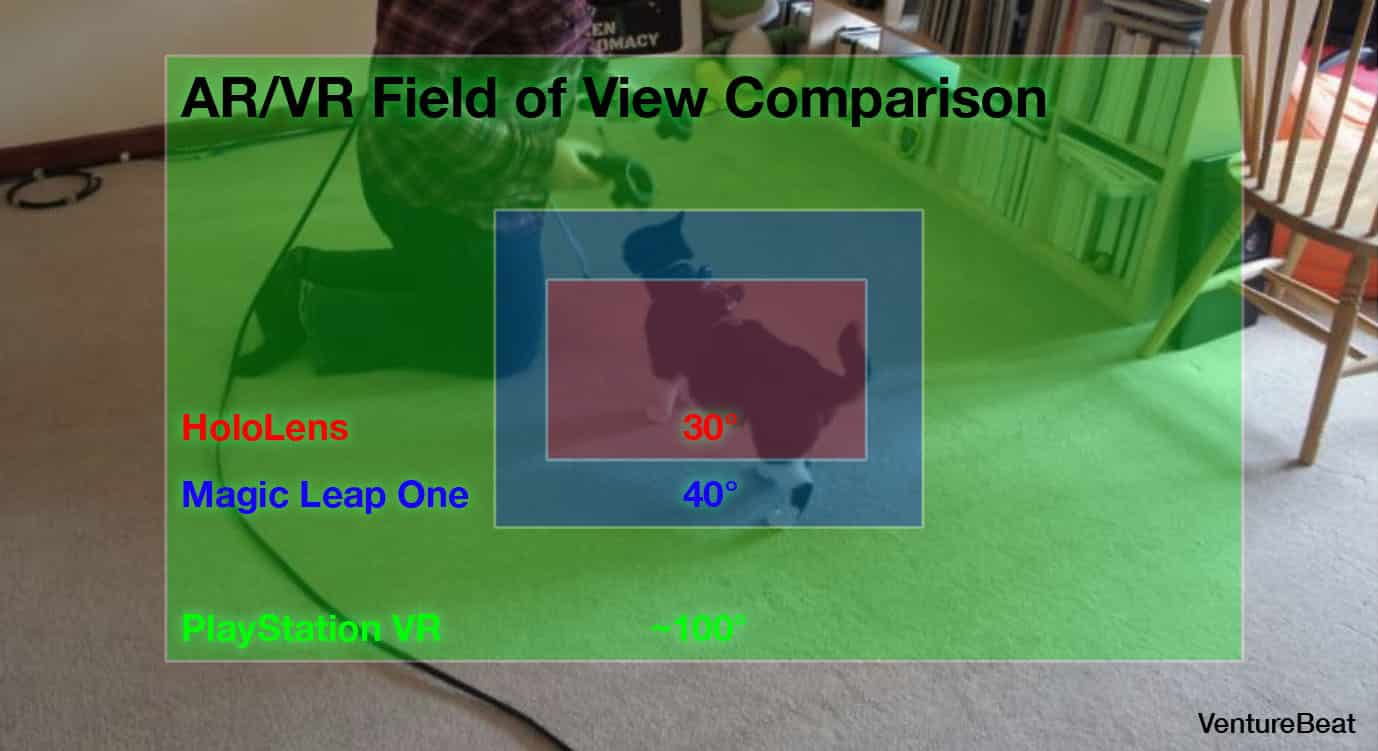 Radio Silence as of this morning

Don’t expect any more announcements from Magic Leap – CEO Rony Abovitz tweeted this morning that they’re in silent mode until product release. So you know the HMD is about to appear (Rony is not the silent type). 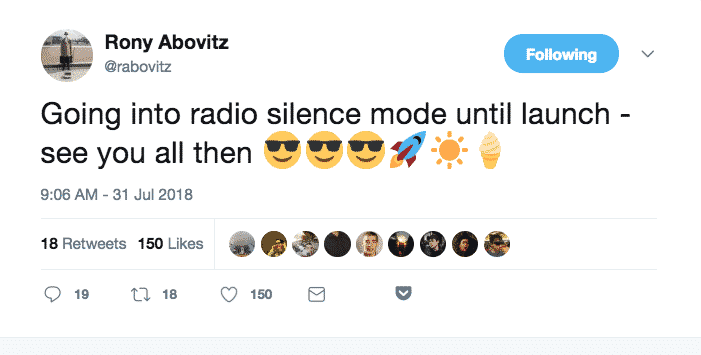 As we move away from the early dominance of Virtual Reality, it’s an exciting time for spatial computing. But don’t get your hopes up just yet. Unlike what those early Magic Leap videos showed, a 40° FoV isn’t going to give you whales emerging out of your floorboards and splashing to the ground in a deeply immersive experience. But you have to start somewhere and the Magic Leap One could still be a breakthrough device.

Not that far down the road, we’ll look back and wonder how we ever lived with a 40° FoV in our virtual world. 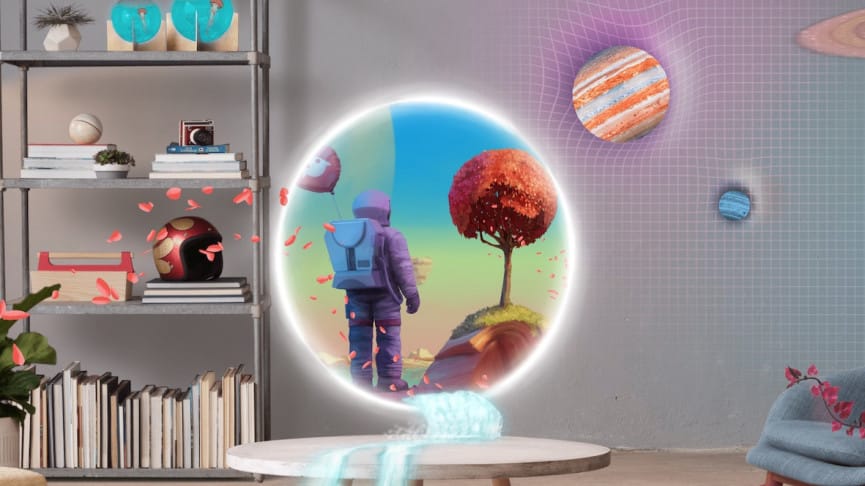 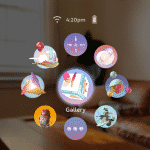 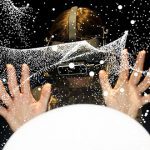