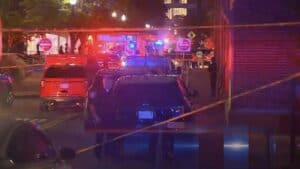 Latest Update: Jason Duhaime, the Northeastern University employee who reported September bomb incident at their VR lab, has been arrested and charged with ” . . . making materially false, fictitious and fraudulent statements to a federal agency.”

According to The New York Times,

A former manager of new technology at Northeastern University in Boston was arrested on Tuesday and charged with making a false report that he had been injured when a suspicious package that he opened exploded inside a campus building last month, federal prosecutors said.

Mr. Duhaime had told a 911 operator and a federal agent that he was injured by “sharp” objects expelled from a plastic case that he opened inside a Northeastern lab on the evening of Sept. 13 and that the case contained a threatening letter, court records say.

As federal authorities continued their investigation into the incident at Northeastern University’s VR lab, they concluded that no sharp objects were expelled from the package and that the note was written by Mr. Duhaime.

Mr. Duhaime, 45, who was the new technology manager at the Immersive Media Labs at Northeastern, was arrested on Tuesday near his home in San Antonio, Texas, the authorities said. The two charges he faces each carry a maximum sentence of five years in prison and a $250,000 fine.

He has been terminated by Northeastern University.

It is a bizarre conclusion to the incident which sent shockwaves through the VR community, especially over the possibility that there might be a Ted Kaczynski Unabomber-like figure on the loose who was starting to target XR labs and facilities. It still remains incomprehensible that someone would want to become the VR lab manager when they thought – as the note said – that the lab was, ” . . . the Antichrist sent to this world to change everything!!!”

Here is our original story below . . .

According to the Boston Police Department report, an explosive device went off a few minutes after 7:00 pm in Holmes Hall at 39 Leon Street, a Northeastern University building. Technically, it was not a conventional bomb but the rapid depressurization of a hardshell Pelican storage case that created the explosion. The case immediately depressurized when it was opened, leaving no trace of explosive residue. One staff member was injured with lacerations to their hands and taken to the hospital. A rambling note at the scene attacked Meta CEO Mark Zuckerberg, the Metaverse, AI, and the academic community’s involvement in virtual reality developments.

According to NBC10 in Boston, the note. 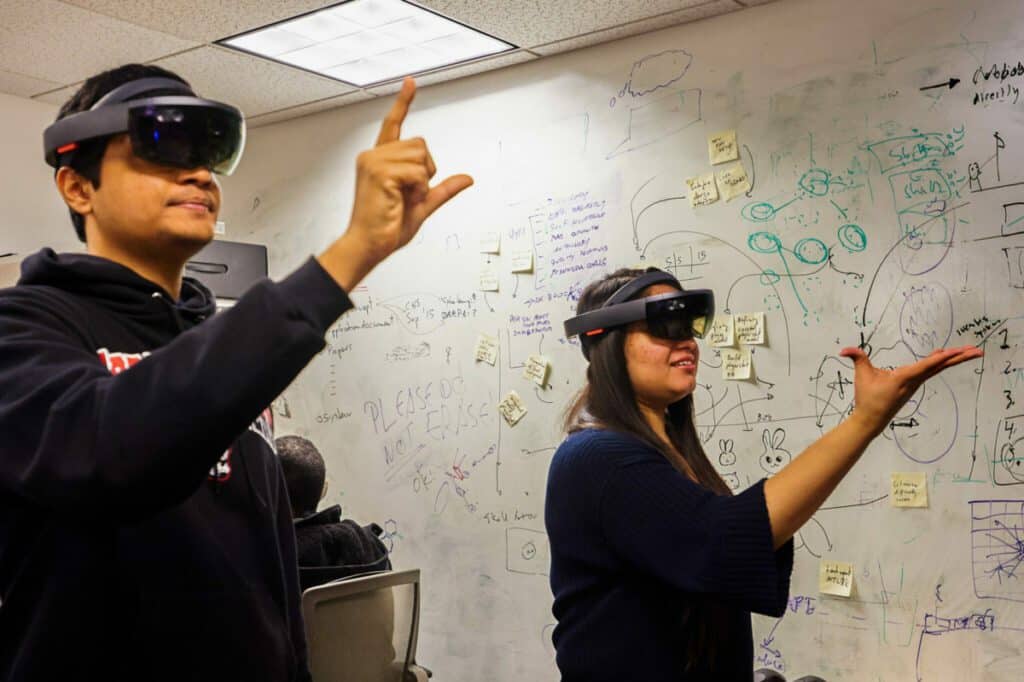 Like many universities, Northeastern has an experimental VR lab and a student-run virtual reality club called NUVR. Its mail room usually handles packages, but this one was not sent through regular delivery channels. A second suspicious package was found and was declared “safe,” according to Boston Police. Not surprisingly, the investigation is supported by the FBI’s Joint Terrorism Task Force.

Given the Boston Marathon bombing back in 2013, the incident has the city – in the words of the Boston Globe – in a “state of dread and unease.” And Max Abrahms, an associate professor of political science at Northeastern University, noted the more historical parallel for NBC News.

. . . the incident has some similarities with the Unabomber, who sent 16 bombs to universities, killing three people, between 1978 and 1996.

Was The Event A Hoax?

One resists bringing up this idea, but WBUR, a local nonprofit news organization, reported that,

Federal officials are examining whether the employee who reported an explosion at Northeastern University may have lied to investigators and staged the incident, law enforcement officials said Wednesday.

Investigators identified inconsistencies in the employee’s statement and became skeptical because his injuries did not match wounds typically consistent with an explosion, said one official.

The Northeastern University employee (who was not seriously injured) has denied the claim.

In an interview with the Globe on Wednesday, Jason Duhaime, 45, insisted that he was a victim of a criminal act and that investigators should find those responsible.

‘I did not stage this, in no way shape or form. . . . They need to catch the guy that did this,’ said Duhaime, who works in the virtual reality lab at Northeastern. ‘It’s a very traumatic thing that has occurred so [I’m] shaken up. . . . I’m not doing so good.’ [Boston Globe]

In addition to the inconsistencies in Duhaime’s account, suspicions were raised by the condition of the bomber’s note inside the case, which remained neatly folded and undamaged. However, Duhaime told the Boston Globe,

I love the college. I’ve worked there for eight years, and supported faculty and students . . . . This is crazy. . . . I cannot believe people are spreading rumors about this.

No Conclusions For Now

It’s well known that Mark Zuckerberg is the target of a steady string of conspiracy theories, and our online political environment is an endless source of more. The massive hype over the development of a Metaverse and virtual worlds taking over our everyday lives could trigger someone to make a violent anti-tech statement. However, VR has largely flown under the radar in the public’s consciousness – far more than AI, robotics, and other innovations.

It’s alarming if someone resorted to violence as a way to counter VR developments. The ethical challenges are immense, but package bombs and rambling notes won’t solve them. It is also disturbing if this was staged, as the fallout will extend far beyond someone’s personal grievances. Up to now, we’ve worked in a relatively peaceful realm. We’ve been broadly focused on how XR serves the mission of our organization and more immediately on individual user experience. When we use XR to engage with the broader public, the experience has almost always been positive.

We will keep you posted as we learn more. And to our many friends, colleagues, and clients working in the field, please stay safe and take care.