In a new a16z podcast, Marc Andreessen argues that VR will be bigger than AR. It’s a view we’ve long held – though we expect AR will grab the lion’s share of the market in the short term. But a decade or two from now, people won’t find their augmented real world all that fascinating. Especially when virtual worlds will be far more immersive and compelling than they are now.

Andreessen points out that most people don’t wake up every morning in environments that are all that interesting. As in the movie, Ready Player One, in the future, we may head for whatever passes for the Oasis.

Though he doesn’t say it, it raises fundamental ethical issues about how we will live once virtual reality is ubiquitous. And what it means to be human. The issues we currently come up against in ethics and VR are only the tip of the iceberg.

The podcast by Marc Andreessen and Ben Horowitz covers a lot more than VR. As TechCrunch notes,

There’s a lot to enjoy, from Andreessen’s TV show recommendations to Horowitz’s secret to excellent barbecue. (It’s pretty much just “time,” as you might imagine.)

But for those of you here, you’ll be most interested in two sections of the podcast – what he says about Wearables and having sensors on our bodies, and his predictions for VR and AR. What makes his comments on virtual reality even more fascinating is that their firm currently has a stake in Magic Leap, and not in VR. That’s just a shrewd bet on the short-term.

The full podcast is below. For the section on wearables, you can skip ahead to 12:45. For the discussion on how VR will be bigger than AR, skip to 14:18.

We’ve added a segment of the transcript below if you want to read his comments.

Wearables and how VR will be bigger than AR

“The really big one right now is audio. Audio is on the rise just generally and particularly with Apple and the AirPods, which has been an absolute home run [for Apple]. It’s one of the most deceptive things because it’s just like this little product, and how important could it be? And I think it’s tremendously important, because it’s basically a voice in your ear any time you want.

For example, there are these new YouTube type celebrities, and everybody’s kind of wondering where people are finding the spare time to watch these YouTube videos and listen to these YouTube people in the tens and tens of millions. And the answer is: they’re at work. They have this Bluetooth thing in their ear, and they’ve got a hat, and that’s 10 hours on the forklift and that’s 10 hours of Joe Rogan. That’s a big deal.

Of course, speech as a [user interface] is rapidly on the rise. So I think audio is going to be titanically important.”

“The second thing I’d nominate for wearables is the concept of sensors on the body. Here, the Apple Watch is clearly in the lead with what they’re doing with the heartbeat sensor. But I think we’ll have a full complement of medical-grade sensors on our body — in a way that we have chosen to [have them] — over the next five or 10 years. I think we’ll be able to predict things like heart attacks and strokes before they happen. Talk about a killer app. [Laughs.] ‘Beep. I’m going to have a heart attack in four hours. Maybe I should drive to the hospital.’

The future of VR and AR:

I think AR has tons of potential applications, both at work and at home. [But] I think VR is going to be about 1,000 times bigger. In the Valley right now, this is a very contrarian view. The general theme that you hear is that AR will be bigger than VR, and obviously it should be. If you can do things overlaid over the real world, that should be inherently more interesting than having to construct a synthetic world.

I just think that’s only true for people who live in a really interesting place in the real world. But only something like .1 percent and 1 percent of people on Earth live in a place where they wake up every morning and think, Wow, there are so many interesting things to see. So for everyone who doesn’t already live on a college campus or in Silicon Valley or in a major other city, the new environments we’re going to be able to create in VR will inherently be much more interesting. And there will be a lot more of them.” 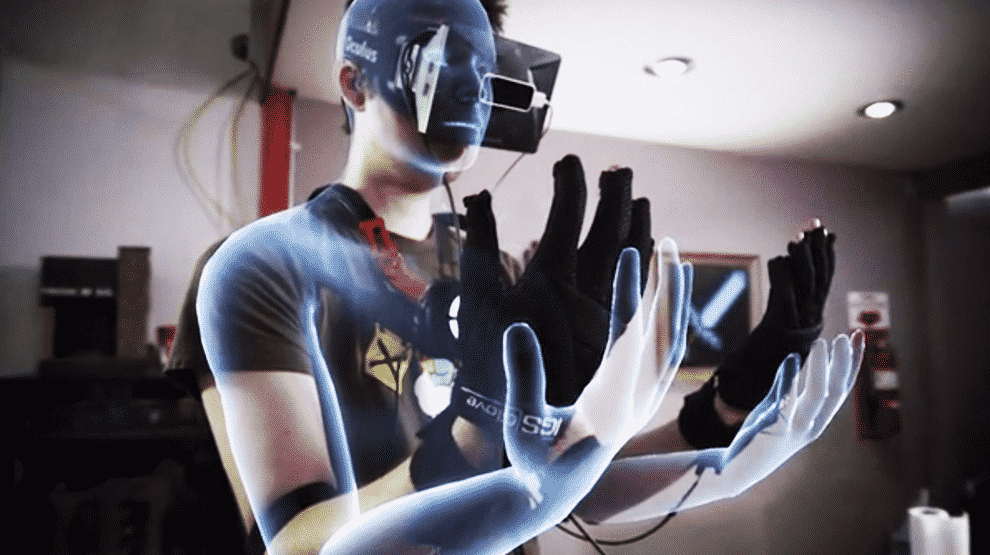 As Andreessen notes, his comments on how VR will be bigger than AR is the contrarian view in Silicon Valley. Everyone is banking on AR overtaking VR in the next few years. And it will be given the full range of potential applications in work, education, and entertainment.

But VR is about our illusions and the power of storytelling. And we are by nature storytellers. So powerful is the impulse that we see story patterns even when they are not there.

Storytelling always has leveraged technology – from the alphabet to writing, the printing press, movies, radio, and television. With VR, we are on the cusp of a new era where the medium begins to merge with our consciousness. It’s a fascinating development – simultaneously fraught with potential and peril – that will determine how we live in the future.

And more, who we are as a species.