As the accolades pour in, there’s a fascinating interview with David Bowie on the Internet and its impact on music and art. Though done in 2000, much of what he says pertains to technology today, and especially the way virtual reality will reshape human experience.

For Bowie, technology has replaced the role that music played for his own generation:

It carries the flag of being subversive and possibly rebellious and chaotic and nihilistic.

I don’t think we’ve even seen the tip of the iceberg. I think the potential of what the Internet is going to do to society both good and bad is unimaginable. I think we’re on the cusp of something exhilarating and terrifying.

When he said this, the total online population was 361 million, or a third of Facebook’s current size. If you forgot just how different things were back then, pull up a website from 2000 on the Internet Archive Wayback Machine. Almost any site – it’s laughable.

The rock star does an ISP

Two years before the interview, while businesses and artists were fumbling over what to do with the Internet, Bowie started his own ISP, Bowienet, in September 1998. At the time, he said:

If I was 19 again, I’d bypass music and go right to the internet.

Ahead of its time, Bowienet was a visual and interactive site, offering photos, news feeds, song tracks, along with chatrooms where he showed up. Bowie knew the audience’s power and wanted to create an online community around his work. As Chris O’Leary, author of Rebel Rebel told BBC, “It was very ahead of its time.” 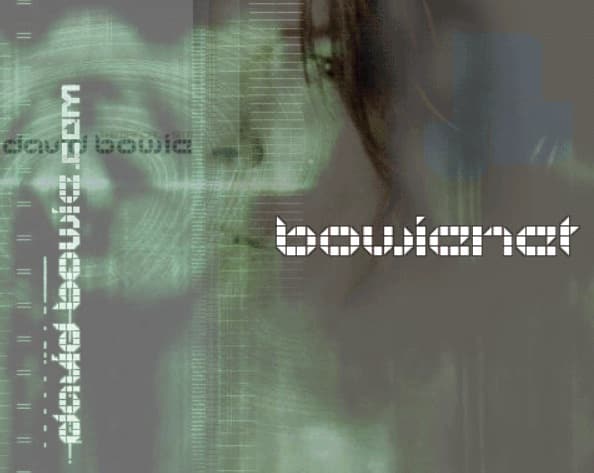 And while it faded away a decade later, The Guardian notes how it beat Friendster and MySpace to the music social network scene:

Through his Ultrastar company he negotiated deals to give users access to music services like the Rolling Stone Network, which livestreamed concerts, and Music Boulevard, one of the first companies to offer paid-for downloadable music tracks. The ISP provided every user with 5MB of web space, encouraging them to create and share their own websites; there were also forums and live chat sections where Bowie himself conducted live web chats. This was in effect a music-centric social network, several years before the emergence of sector leaders like Friendster and Myspace. The site was also technologically ambitious. At a time when most homepages were simple constructs of text and still images on a default grey background, BowieNet used emerging plug ins like Flash and RealAudio to provide animating graphics and downloadable music clips.

As you can imagine, the audio and video quality wasn’t the best. In 1998, downloads and livestreams were choking on the 56K modems that most people used.

And this wasn’t the first time Bowie had been an innovator. Back in 1996, when there were less than 40 million people on the Internet, he released the song “Telling Lies” online – and 300,000 people downloaded it.

Bowie was just ahead of his time. As always.

David Bowie on the Internet – and Virtual Reality 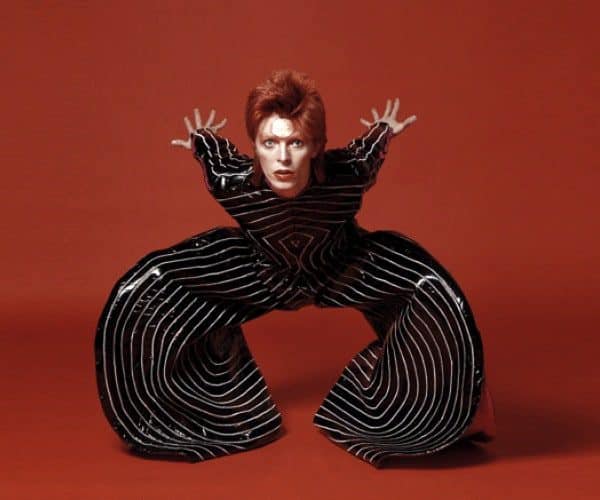 It’s the middle of the interview that fascinates, especially in light of our current interest in virtual reality. This is the year of VR – it was all over CES 2016 with new VR experiences and the headsets we’ve been waiting for.

But put aside the developments in VR. The real issue is how it challenges our understanding of narrative and storytelling. In a radically new media form where the viewer steps through the screen, the author or director is no longer in control as they are with traditional media. In a virtual reality setting, you look where you want. You control your own gaze, complete the story on your own terms.

Listen to Bowie push back against Paxman’s view that the Internet is just another delivery system:

. . . I’m talking about the actual context and the state of content is going to be so different to anything that we can really envisage in the moment, where the interplay between the user and the provider . . . is going to crush our ideas of what mediums are all about. But it’s happening in every form, it’s happening in visual art, the breakthroughs in the early part of this century with people like Duchamp who was so prescient in what they were doing and putting down. The idea that the piece a work is not finished until the audience comes to it and adds their own interpretation. And what the piece is about is the gray space in the middle. That gray space in the middle is what the 21st century is going to be about.

You can see virtual reality as a Duchampian world. The virtual gray space where the audience completes the art, the story, the experience.

I put on my VR headset and find myself in the VR film, Clouds Over Sidra. I’m following a young refugee around the Za’atari camp in Jordan. We stop for a moment in the bakery. I’m looking at the bakers but realize I should turn around to see the customers buying bread. Or the barren area behind them, devoid of tables and chairs. Or perhaps I should look outside the window at the people passing on the street. It’s up to me complete the story, to make meaning out of the perspectives I uncover.

VR is a continuation and breakthrough in what’s been happening in our visual mediums for the past century. As Bowie realized, the artist needs the audience; they complete the work. Virtual reality makes the art, the film, the experience the gray space in the middle – not because it is uninteresting, but precisely because we are so interesting.

We have stories to tell, and stories to complete that others tell. And they, the same of us.

Or as Bowie put it, long before VR bored a hole into the public’s consciousness.

. . . we’re on the cusp of something exhilarating and terrifying.” 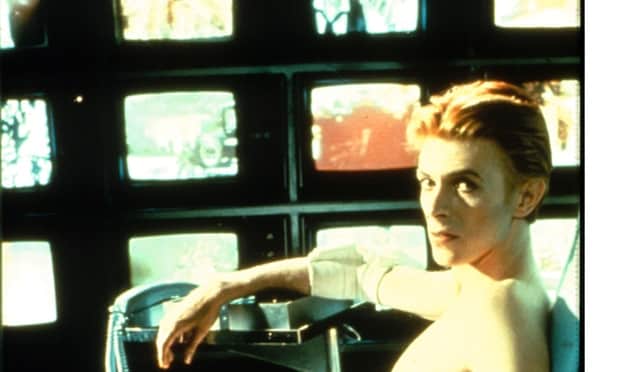