We keep counting Snap out, but we’re having second thoughts. They’re definitely not the most popular social media platform around, far behind the big three – Facebook, YouTube, and Whatsapp – each of which garners more than 2 billion active users according to the latest data from Statistica. Snap doesn’t even make the top ten. Their AR glasses were intriguing but limited to their own platform, which limited the possibilities. But the new Snapchat fitness lens has us looking once again and wondering if Snap is showing us how we’re missing the future of augmented reality.

The real power of AR may not be in retail or the sharing of information, but in how it engages us, sucking us into the metaverse. 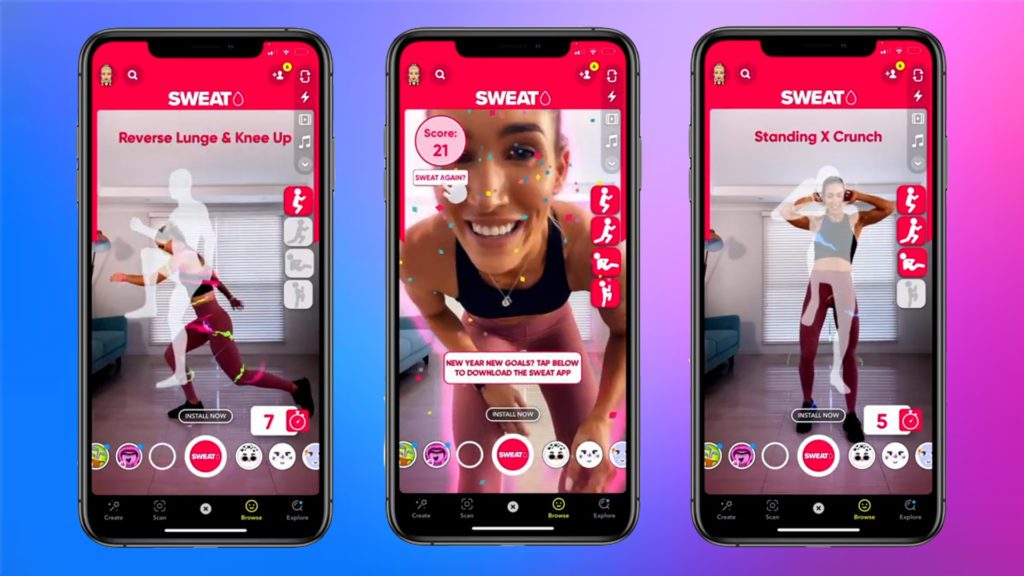 Here’s the description of the Snapchat fitness lens from VRScout.

Available free via the Snapchat (available oniOSandAndroid), this full-body Lens tasks you with completing a series exercises lead by fitness personality Cass Olholm. This includes everything from basic squats and lunges to Russian twists and other cardio-based challenges. Using your smartphones forward-facing the camera, the app tracks your movements in real-time, keeping tabs on everything from your number of reps to the quality of your form. The goal is to perform as many reps as you can before the timer runs out.

If you’re ready to download the lens, here’s the QR code: 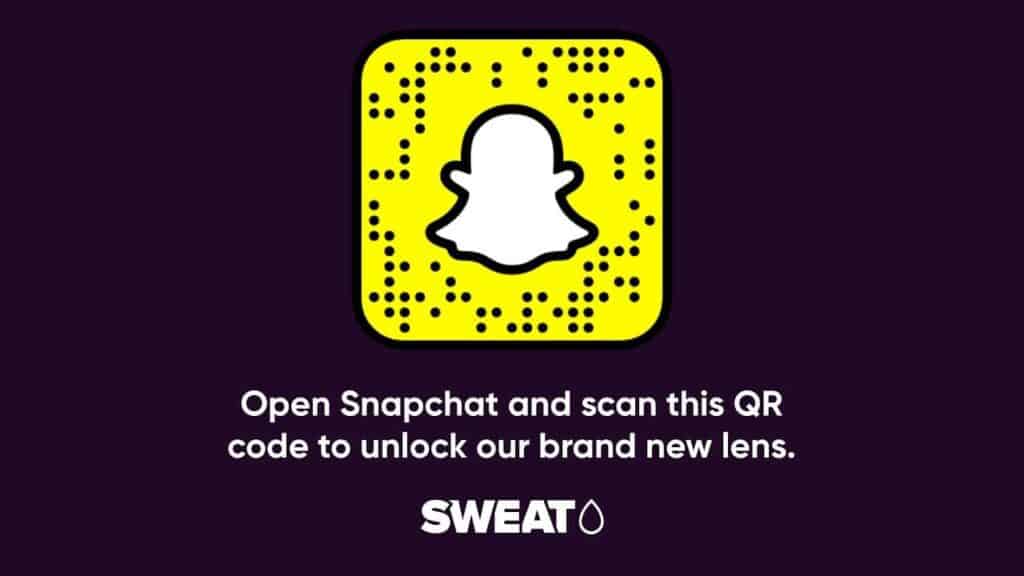 Snap has a couple of things going for it with its new fitness lens. First of all, it’s free – which is hard to beat. Second, you’re not wearing a VR headset. Many people are doing Beat Saber for fitness or Within’s Supernatural – which is a favorite of ours. But wearing an HMD can be an obstacle, especially if you’re in a small space (think New York City apartments). It’s simply nice to be able to do a workout and see the world around you.

It’s also an extremely effective engagement strategy. The Snap fitness lens was developed through a partnership with the Australian brand Sweat, the world’s largest women’s fitness community. And they’re the first to make use of Snapchat’s full-body tracking in AR.

Sweat, an Australian brand, became the first to address the latest advancement in Snapchat’s full-body 3D AR lens. Also, it is the first-ever organization to use this feature and incorporate its functions to create the New Year Sweat challenge. Snapchat’s full-body 3D tracking technology uses augmented reality to track the body movements of its users. It is a high-powered interactive tool designed to check the user’s technique of exercising, monitor their movements, and form a chart of their movements as they try a new workout routine. (Immersive Technlogy)

Of course, it incorporates a challenge, gamifying the workout so that you’ll come back for more – and ultimately become part of the Sweat community. The early work in AR has often been about products – place your Ikea chair virtually in your living room. It’s the classic AR use-case, almost too obvious. It misses the engaging power of AR, its ability to pull you into the virtual, to change your behavior.

There’s a lesson here for the future of AR. We have to stop thinking of AR as a way to access and share information in the future. It’s really about engagement, and when you nail that, everything else falls into place. AR glasses are coming, but the real question will be who can create a platform for the most engaging experiences. Snap may or may not get there, but they continue to give us a glimpse into our augmented future.

Can the Sundance 2021 New Frontier Progr