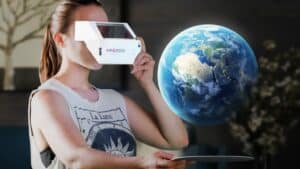 Do we need another version of Google Cardboard? This time a Cardboard AR headset for our phones? Adario Strange in Mashable thinks it will do more harm than good and we were initially inclined to agree.

There’s a couple of reasons to consider an augmented reality Cardboard device. First, let’s take a quick look at the $30 Cardboard AR headset by Aryzon. It’s a fascinating project and we’ll do a review as soon as we get our hands on one. Then we’ll explain why we still see potential here. Hint: it has a lot to do with education and retail environments.

The problem with a Cardboard AR Headset

No. Just, no. We do not need a series of “Google Cardboard meets HoloLens” devices to help usher us into the age of augmented reality. . . .

. . . . Sure, AR is part of our virtual future alongside VR, and will likely have greater reach due to its integration with the real world versus the relative isolation inherent to VR. And when the hardware that moves us from experiencing AR on our smartphone screens arrives, perhaps in the form of fashionable glasses and not unwieldy, incredibly expensive headsets like the HoloLens, that will indeed be a glorious day. But attempting to give us a middle ground in the form of a cardboard device isn’t the answer.

We know this because we’ve been here before.

The problem is, while VR via Cardboard devices introduced large numbers of people to the “idea” of VR, ultimately, the low quality experiences led many to assume that they’d sampled the “state of the art” in VR—and so they moved on and didn’t even consider the higher end, far more immersive and interactive options.

Rather than serve as the perfect gateway drug, VR on Cardboard actually polluted the virtual waters, leading many to dismiss the technology as a gimmick.

Things will get better for VR, but in the short term, Cardboard did more harm than good.

That is not the fate we want for AR.

Likewise, we want much more for AR than what $30 of folded cardboard and plastic lenses will give us. But did Google Cardboard really do more harm than good? For millions, it has been their introduction to virtual reality (more precisely, 360° video).

It’s hard to imagine the VR market being where it is if the cheapest option had been Samsung Gear VR for the past few years. And what, exactly, would those with iPhones have used?

Here’s why a Cardboard AR Headset is a good solution

The first models of AR glasses are going to be expensive. Do you have the Sony Smarteyeglasses SED-E1? Didn’t think so. Not at $799 for a developer version. And that’s cheap compared to the ODG R-7 Smart glasses System which are definitely stylish but will run you $2,750.

The least expensive AR-type glasses you can get right now would be Snap’s Spectacles. The only problem is, they only do one thing. Short videos for your Snapchat account. That’s good for summer at the beach and some short creative work in film and education, but not even close to an all-around AR device.

Retail and education environments are ideal

Beside serving as an introduction to VR, Google Cardboard has been a great promotional tool. MacDonald’s turned Cardboard into packaging for Happy Meals. Coca-cola turned Coke packs into Google Cardboard style viewers. Distribution is easy. So easy that The New York Times started its immersive journalism project by sending out over a million Cardboards to all of their print subscribers (yes, they still exist). Colleges use it for recruitment and orientation.

Inexpensive, fun, compelling – it’s not an argument against Google Cardboard that you end up throwing it away. That’s the idea. The same will happen with throw-away AR devices. 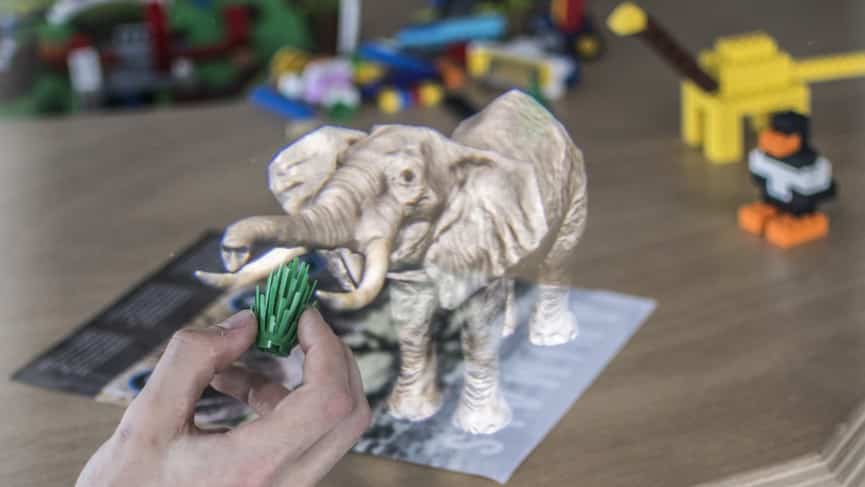 The second area where a Cardboard AR headset has potential is education. We do a lot of work with community colleges and K-12 schools. And we hear the same question all the time. We want to do immersive technology with our students but don’t have the budget. It’s the reality for all too many educational institutions. When money is scarce, emerging technology is often first to be cut.

It may not be the best experience, but if Aryzon and Holokit can put AR and Mixed Reality into the hands of students for $30 each, we’re all for it. And the benefit for students globally is immense. The Google Expeditions program would be nowhere without Google Cardboard.

In the end, we agree that AR must become so much more than another Cardboard device. But until we can stuff all the technology into a low-cost set of Smart Glasses, a cardboard AR headset helps get us there.

You can check out the Aryzon project on Kickstarter. It’s a fascinating stop on the road to our deeply immersive future.

1 thought on “Do we need a Cardboard AR headset for our Smartphones?” 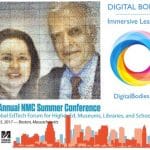 We’re in a NMC State of Mind: Imme 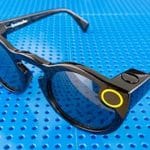