Augmented Reality improves with a major update from Apple for its ARKit platform. Version 1.5 rolls out a number of essential features for the future of AR:

With Apple moving this quickly, Google’s not going to stand on the sidelines. Expect to see an ARCore update by middle or late spring.

As Augmented Reality improves museums and libraries will feel the impact

These are exciting developments that will have a wide-ranging impact, especially in education. From Matthew Panzarino in Tech Crunch,

The immediate applications are fairly clear. You walk into a museum, point your camera at a painting and the painter appears in front of it to talk about the artwork or even to show you how they painted it. If it’s a poster of a rocket launch, the rocket appears on the floor in front and you get a recreation of the launch.

The implications down the road are even more exciting. What happens, for instance, when you can slap a sticker on a wall which can act as a marker that ARKit can recognize without external libraries? It can then project out objects or scenes based on that marker. And some of the back end systems that I know other developers are working on rely on computer vision to create a persistent spatial map that can be used to ‘re-place’ objects or scenes very precisely between AR sessions or between different people at different times.

How we will use it in education (outside of the obvious applications in healthcare, archaeology, and STEM fields remains to be seen. But consider libraries and museums – which may serve as the proverbial canary in the coal-mine for how education and society will be reshaped.

Futuring this stuff is a fun exercise.

Museums in an AR world

As augmented reality improves, will museums be able to keep control of their exhibition space when the walls trigger digital artifacts? What happens when the exhibit itself is crowd-sourced and are critical of the institution?

We’ve already taken some tentative steps down this road in the pre-ARKit era. Artists and curators Sander Veenhof and Mark Skwarek put together a DIY Augmented Reality Art Invasion at MoMA on October 9, 2010 for the Conflux Festival. It was an amazing – and very liberating – event for those of us in the art world in New York.

But let’s just say it didn’t sit so well with the museum. Poor MOMA – little did they know what would hit them. And remember, this is 2010.

Libraries in an AR world

And what will that vertical wall detection feature mean for libraries? Will AR triggered events be located everywhere? On the sides of buildings, interiors of restaurants (no, Yelp doesn’t have a future on your phone)? our classrooms? And you can take it further: our hallways, our elevators, our (you knew this was coming) restrooms?

Will the world be nothing but a graffiti-riot of information and running commentary? Social media streams released from the confines our smartphones and writ-large? Splayed across our physical environment?

In a decade or two, people will marvel at the simplicity of our current era.

Of course, there are amazing opportunities here. Not only is information everywhere, but so are resources for knowledge. Learning anywhere finally becomes a reality – seriously. We’ll finally be free of the antiquated webinar and the screen. We took an initial step with ebooks – but augmented reality turns everything into a “Book”.

And every place into a social space.

And what becomes of our libraries as physical spaces? Will they be a refuge from the chaos? A coordinating point for distributed resources? New forms of exhibition spaces?

Whatever their form or purpose, they’ll be needed more than ever.

Platform upgrades are only one step

How augmented reality improves with the Apple upgrade remains to be seen. So far, ARKit started off with a bang but quickly slowed down to around a 1,000 apps according to market data. Apple says it’s double that. But that is still nothing as a percentage of the total apps available.

In truth, we’re waiting on the hardware to evolve. Vuzix Blade AR Glasses are a major step as could be Magic Leap’s new headset. And of course, Apple. The ARKit upgrade is a small glimpse of a future AR world.

Just around the corner. 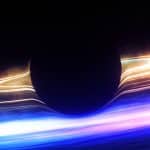 The amazing Spheres: Songs of SpaceTime 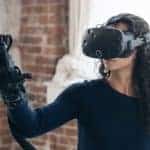