A recent list of Augmented Reality quotes in Forbes by Bernard Marr got us thinking about the AR revolution that will sweep over us in the next five years. Combined with quotes from a 2017 article in Wareable, The Future of AR is…, they offer provocative insights into where we are and where we’re headed.

AR remains a revolution waiting to happen. We have Apple’s ARKit and Google’s ARCore, both easy to develop-for AR platforms. AR Glasses have popped up here and there, and most notably, we have a Mixed Reality HMD in the Magic Leap One.

But we’re not there yet when it comes to AR. There are challenges in creating a headset that the public is comfortable using. As fast as immersive tech is developing, we’re not at the point where we can consign our Smartphones to the back of the closet (only the older models).

On the other hand, we’re not that far away. Apple could spring AR Glasses on us in 2020. Just like they did back in 2007 with the introduction of the iPhone (still one of the best product debuts ever).

Here’s some quotes from each article, organized in our own way. Whether you’re in business, the nonprofit world, or education, we think you’ll resonate with the insights here.

AR is long on promises, short on delivery.

You’ve seen the buildup in the press – the near fanatical interest focused on Magic Leap. But as Palmer Luckey noted, the ML1 seemed to suck the air – and possibly significant funding – out of the AR space. And for all this, the first version doesn’t register as a breakthrough device (we’re keeping our option open on Version 2 or 3).

Augmented reality is the ‘boy who cried wolf’ of the post-Internet world—it’s long been promised but has rarely been delivered in a satisfying way. —Om Malik

The tech for AR Glasses is just not there yet

Well, almost, but not quite. Despite issues with lenses and displays, battery life is the main challenge. If an AR device is too heavy we won’t wear it. We doubt the public will ever embrace a separate battery and processor pack – eg., Magic Leap’s Lightpack – as the perfect solution.

I think everyone would basically agree that we do not have the science or technology today to build the AR glasses that we want. We may in five years, or seven years, or something like that. But we’re not likely to be able to deliver the experience that we want right now. —Mark Zuckerberg

ARKit and ARCore are just our training wheels

For all fun and substance that the early AR platforms will offer, they’re simply preparing us for something else.

These next few years we will see a boom in smartphone AR thanks to developer platforms from the likes of Google, Facebook and Apple. These experiences will act as “AR training wheels” for enterprises, developers and consumers alike – preparing us for the need for a new headworn form factor while buying the time for the headworn technologies to become smarter, smaller, more cost effective and ready for widescale adoption. – Tom Emrich

Once it arrives, Augmented Reality will be everywhere

The real difference between VR and AR is not the immersive aspect, but that we will use it in our everyday lives – where we live, learn, and work.

I do think that a significant portion of the population of developed countries, and eventually all countries, will have AR experiences every day, almost like eating three meals a day. It will become that much a part of you. —Tim Cook

Shopping will never be the same

We’re not so sure if brick and mortar retail will be reborn or crushed like a bug under your shoes. But lots of people see it transforming how we shop.

This [Retail] is a sector where AR is revolutionising the way we shop by bridging the gap between digital and physical worlds. A radical store re-invention will offer retailers new ways to increase convenience and personalisation, and consumers the opportunity to experience re-envisioned shops. –Muchaneta Kapfunde 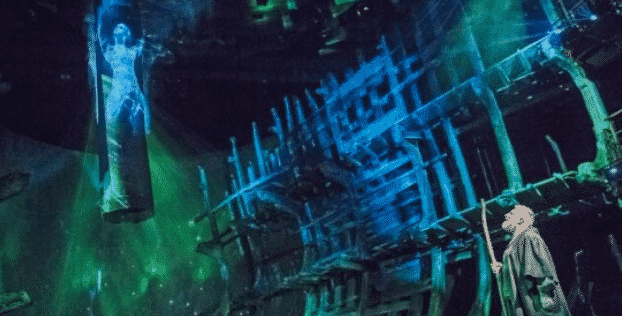 The possibilities of what we can do in art and culture are compelling. Storytelling will manifest itself everywhere, at work, school and in our living rooms. And as for museums, theater, and dance, they will never be the same.

What most excites me about augmented reality’s future is its role in the arts. It has heaps of potential in this way, to scale cultural experience and make it accessible to broader audiences at lower costs. Imagine, for instance, a live AR performance of Hamlet, that is simultaneously beamed into people’s living rooms across the world. -Catherine Allen

Nightmare security issues will be the norm

You knew this was coming, right? The current challenges in network security will be dramatically upscaled. Forget hacking information, this will lead to the hacking of humane experience.

Even outside of more dramatic edge-cases, if someone built an AR driving aid similar to Google Maps but it wasn’t properly secured, it leaves the door open for data manipulation – a popup on your desktop is annoying, but a popup in your AR glasses, or across a portion of your windshield, could be deadly. -Chris Boyd

Welcome to a new ethical minefield

Now the real challenges begin. The business-to-business issues seem obvious, but they are only the tip of the iceberg. Think customer Yelp-style reviews plastered virtually all over storefronts. Think classrooms with reviews of instructors floating on the walls and the ceiling. Think entirely new forms of virtual harassment. We’ll need ethics more than ever.

There are a lot of issues that it opens up like for example who is allowed to place an augmented reality object where. Can someone from Burger King walk into a McDonald’s and place a Burger King ad there? What are the rules? It’s a whole new kind of field of consideration. — Scott Belsky

AR will be deeply social

AR will not be just about immersive experiences but our shared social space. And that’s no different from what we do with our Smartphones – our mobile devices are platforms for connecting and sharing with others.

“Next we’re looking at how do we make that even more immersive, and how do we allow more people to have a shared experience together in a public space.” —John Hanke

This is our immersive future, at once fascinating and unsettling – with a few elements that are terrifying. We’re on the cusp of a tech revolution with the potential to revolutionize every aspect of society – from business to education, politics and our social relations. And it will transform our relationship to ourselves. At the same time, it’s like playing with fire. It’s why it’s so fascinating for us and the focus of our work here at Digital Bodies.

We promised ten quotes so here’s a final one. It’s not exactly on Augmented Reality but it surely applies. Eric Schmidt of Google/Alphabet once said,

The Internet is the first thing that humanity has built that humanity doesn’t understand, the largest experiment in anarchy that we have ever had.

Standing on the cusp of a revolution in Augmented Reality, that experiment is just getting underway.

Everything is Alive: VR and Aboriginal C