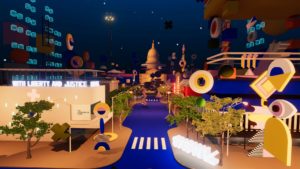 The massive SXSW 2021 festival is almost here, and its vast sweep of talks, films, music, games, and VR/AR projects will be entirely online due to the pandemic. If you have a festival pass – or can get one – be sure to check out the Online XR Program, which will run from March 16 – 20th. The SXSWedu event has been underway this week from March 9 – 11th.

We were originally planning to attend both the 2020 event and this year in person but will be there through our screens and in our headsets. Much as we love Austin, Texas, there are advantages to the virtual version – you miss the insane crowds and the challenge of finding affordable hotel rooms.

But we will miss those on-site moments a few years back of walking around Austin demoing Bose’s Audio AR Glasses. It was a project that we always thought had so much potential for addressing accessibility issues and integrating augmented reality into our lives.

You can check out the full program for the festival and how to get a festival pass. If you already had a full pass for SXSW 2021, you’ll be able to pick up a free pass for this year’s event and save your in-person festival credentials for next year. Access for some of the films will be limited and require an RSVP; others will not be available outside of North America due to distribution rights. The Festival has a complete guide on How to Watch Films at SXSW Online 2021.

Realism and Social Interaction in a Virtual Festival

The entire Online XR program will take place in a virtual downtown Austin. The organizers worked with VRrOOm studio to recreate the venues used each year in the festival. You’ll be able to stroll through the Paramount Theatre, the Mohawk, Empire Control Room & Garage, and the Cedar Street Courtyard as virtual environments.

As we’ve seen with other virtual conferences, SXSW 2021 will have to balance the realism of the virtual environment with the complexity and interactive capabilities of the avatars. As much as we’d like to have it all – deeply immersive spaces and fully realistic avatars – there’s always a tradeoff with the current state of our bandwidth and hardware. Every virtual event during COVID-19 has had to grapple with the limitations of working in the XR space. Sundance opted for minimal avatars to highlight the virtual spaces and foster interaction. It will be interesting to see how SXSW 2021 balances these issues.

“You’re not going to have that traditional SXSW moment where the person you always wanted to meet is in line in front of you at the Iron Works [BBQ] . . . We can’t replicate that in a virtual world. Instead, I’d encourage our community to use the app to look up the people you want to network with, use our mentor sessions and the networking hour to connect. The people who’ve typically had the best results even in previous years are those who try to connect with others beforehand—I think what we lose in serendipity, we potentially gain in the strategic ability to connect using the app platform.”

Here’s the announcement for the virtual program from the organizers:

From fantastical virtual versions of iconic Austin locations like Congress Avenue and the Red River Cultural District to a wide array of SXSW Online 2021 programming, we are excited to introduce SXSW Online XR!

Using the SXSW 2021 look and feel, SXSW Online XR will showcase live panels, meet ups, special events, a selection of 360° videos from the Virtual Cinema program, as well as 2D video feeds of SXSW programming. Austin venues recreated in the space include The Paramount Theatre, the Contemporary Austin, Mohawk, Empire Control Room & Garage, and Cedar Street Courtyard. SXSW worked with world-renowned artists and the social XR events studio VRrOOm to design and produce the festival’s virtual edition, which will be hosted on VRChat.

The complete Virtual Cinema Program, including previously-announced Virtual Cinema Competition and Virtual Cinema Spotlight projects, will also be accessible and downloadable via the VRrOOm store online. The VRChat worlds can be experienced on PC, PCVR and Oculus Quest headsets.

Like Sundance and the Tribeca film festivals, SXSW 2021 will have a strong focus on storytelling and art in an immersive world. One of the many highlights of SXSW 2021 for those working in XR will be the Live Sessions, where artists discuss the creative potential and challenges of immersive media. Here are three sessions to bookmark:

The Virtual Cinema Program at SXSW 2021 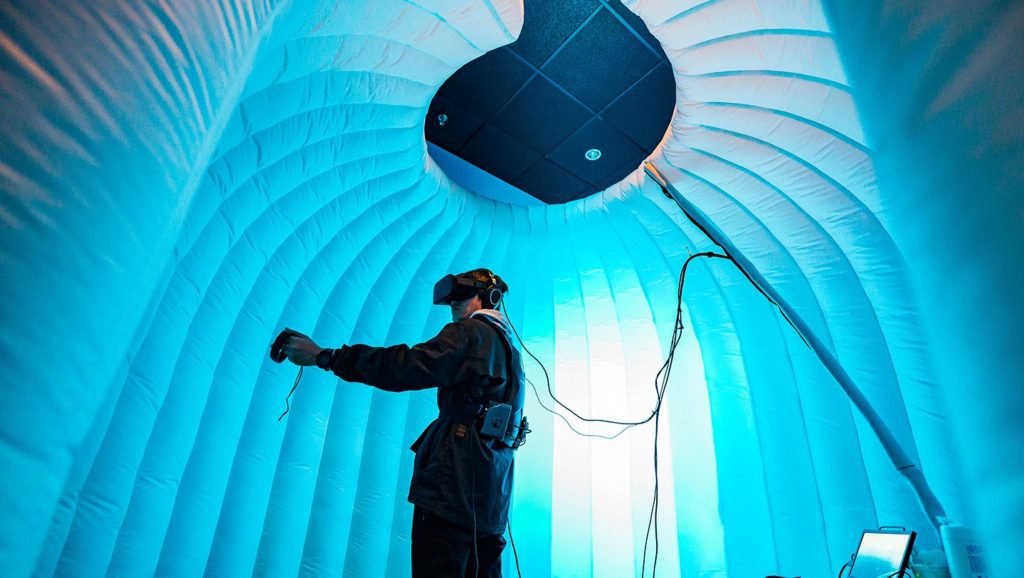 Here are the works in the Virtual Cinema Spotlight at SXSW 2021 – and be sure to check out the full program. There’s a good cross-section of XR artists from around the globe – though notably missing is some of the excellent creative work being done in countries in Africa.

Check Back Next Week 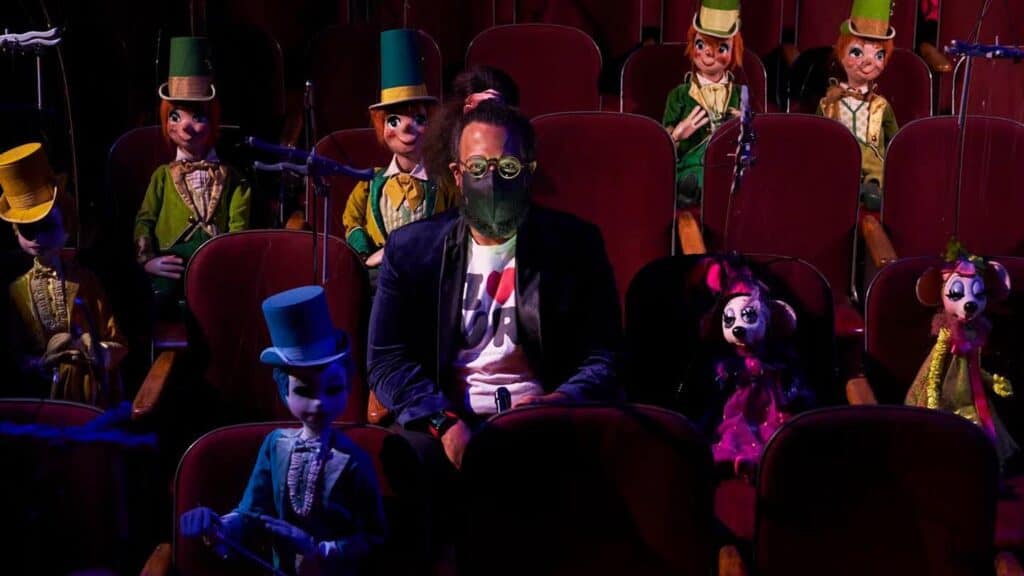 This year will reveal a very different SXSW. Headline music groups will be replaced by younger musicians struggling to break out in a socially isolated society; comedians will be rallying to support comedy clubs devastated by financial losses over the past year. And emerging artists will have a chance to debut new films and XR projects. The best entry point into the Festival is to check out the full program online. Plan your time around the events scheduled for specific times and then add those accessible throughout the event.

We’ll be sharing highlights of SXSW 2021 during the festival week, so be sure to check back for the latest XR news and events from a virtual Austin, Texas.