Apple Watch redefines the Wearable Tech category this week. Within weeks, thousands of people will be walking the streets with a miniature computer strapped to their wrist. The talk will be: How do you use it? What apps did you download? A mark of style, tech savvy or Apple fascination, this device will become our new companion, quietly capturing and sharing the data we produce in our daily lives.

Yes, I can’t wait to wear one! And seemingly, we’re all going to be waiting some time since Apple ran through the initial inventory supply in six hours early Friday morning.

A Decade Ago . . . Another Apple Event

I can not help but be reminded today of another Apple event that took place more than a decade ago. The appearance of the first iPod in 2001. We lined up in front of the new NYC SoHo store (itself a new experience), waiting to hold in our palms a white device with smooth lines the size of a set of playing cards, which could store a thousand songs. Amazing! A thousand songs – who would have ever thought we’d need that many. 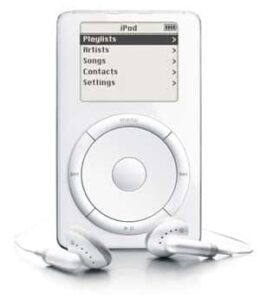 The design of the click wheel was so polished yet it took us some time to learn to work it exactly. It has been 10+ years and I still remember going through the wheel trying out different languages and playing with the settings. The device looked so perfect it was as though my hands were trying to learn a new sign language. A language that will mature over the next decade through new versions and eventually transition to touch and gestures.

In a few short years the iPod was replaced by a device that not only held my music but did video, photos, social media, email and a thousand and one other things by relying on some 1.3 million possible apps. Oh, and made phone calls – the iPhone.


Right now, the press is filled with speculation over the Apple Watch – some like it, some are critical but see potential, while others are negative. Ultimately, despite whatever Apple does, it’s the public’s decision to adopt the device or not. Just keep in mind when you read the negative reviews of the Watch that Apple has been down this road many times before, slammed for creating products that have gone on to become some of the most successful and iconic in history – including the Mac, the iMac, the iPod, and the iPhone.

Engadget ran a story on this some years back and the negative reactions to the iPod are priceless. The tech website Slashdot famously trashed the iPod, saying:

No wireless. Less space than a Nomad (MP3 Player). Lame.

And the MacRumor forums (home of Apple fans everywhere) had some real gems, including:

It is by no means revolutionary or groundbreaking. . . It is just a step in the evolution of an MP3 player . . . Think different is dead.

That iconic music player sold only 125,000 units when it first appeared. Not exactly a market destroyer in December 2001. But by December 2012, that number had exploded to 350 million units and Apple had completely disrupted – and revolutionized – the music industry. It always looks easier from the perspective of hindsight.

So when you hear dismal predictions that the Watch may not be successful, let’s just wait and see where we are in a year or two. The most significant question to ask today is not what the Apple Watch is, but what it will become. Expect the current AppleWatch to have a short shelf life until, like the iPod, it reinvents the category.

Delightful In My Hands

Today, finally, I held the Apple Watch. The lines are again smooth, another device by Sir Jonathan Paul Ive. The design, pure perfection. I reluctantly give it back to the sales person . . . my allotted 15 minute appointment coming to an end.

I will be counting the days until I get one. But I know that this is only the beginning, the first Wearable Tech product by Apple and just like that first iPod in SoHo, it will get more powerful and slimmer over the next few years and finally melt into something we can hardly imagine today.

Our technology is constantly shrinking down into ever smaller spaces while simultaneously becoming more powerful. The Apple Watch is just a moment in time, the beginning of Wearable Tech. In a few years, it will start to feel like that old iPod I have stashed in the back of a drawer (that would no doubt come back to life if only I could find the charging cord). Moore’s Law is ruthless, our technology is outdated long before it can ever wear out. But that never ending progression pushed technology off our desks and into our pockets. The next wave will get it out of our pockets and onto our bodies.

The device in the stores today is ultimately not about the total sales but how it will inspire the next wave of human – technology experiences. This is by far the most exciting part. Google Glass inspired techies and futurists alike but failed to charm the masses and now its up to Apple Watch to try. My own prediction – things will get interesting with the next versions as the watch becomes a natural extension of our bodies. Yes, apps and animation may not bring much at first but every developer’s question becomes a call for creative code to hack the existing solution. Apple is still holding the keys, but developers will push the device forward – just as it did with the iPhone. I am optimistic and even while the design delights, I’m looking forward to seeing what’s in Jony’s lab now for 2017. 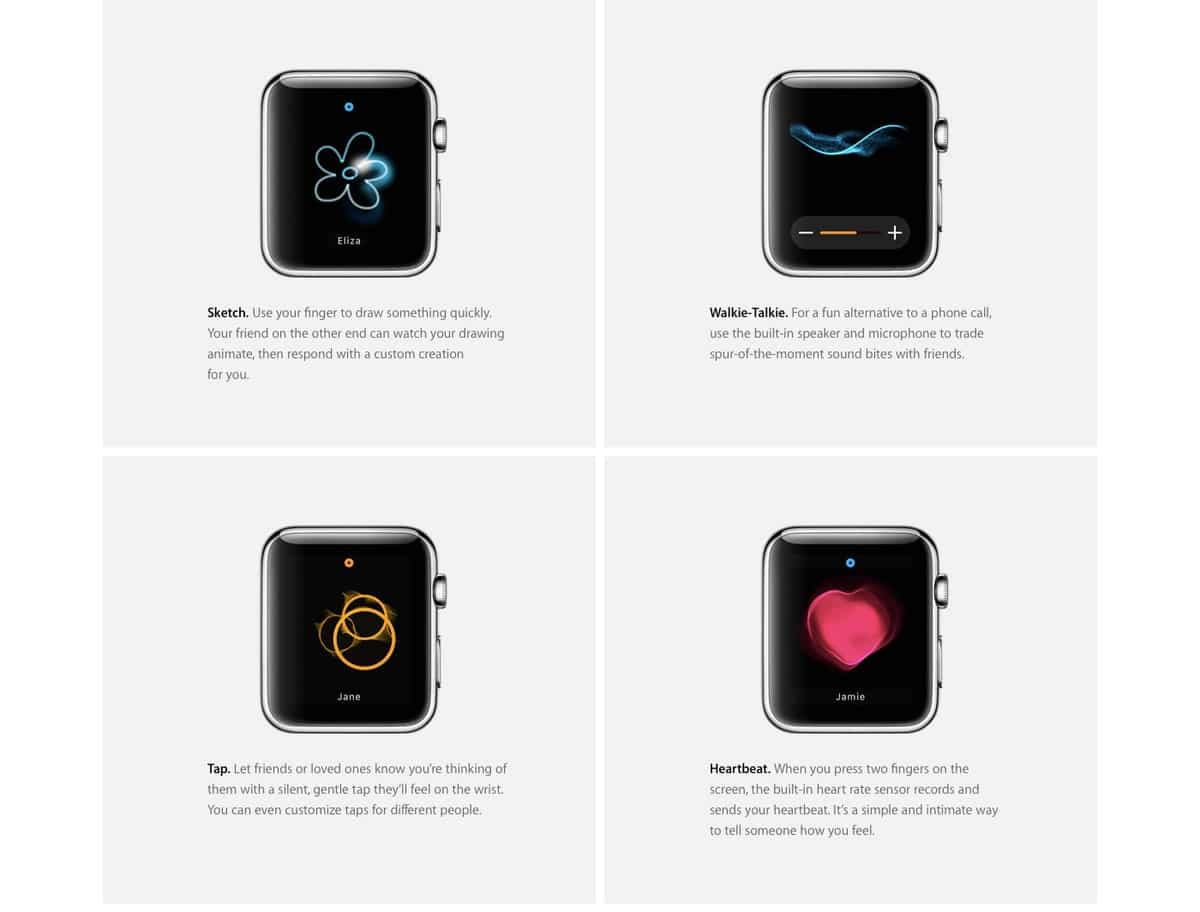 I wonder what new experiments I will be able to design for Apple Watch? Will educators see the possibilities in a communication device on the wrists of their students? Will ever-creative teens adopt new forms of social media expressly designed for that incredibly small inky black screen? How will voice, touch, a miniature screen, a newly re-purposed crown and a device that can transmit your heartbeat create new experiences? Will the design continue to change and evolve to re-define a category and the idea of a century old time piece?  And most interestingly, how will design and technology bring new experiences that will redefine the way we live our lives.

No matter what the initial sales, Apple is once again transforming the way we use technology. What we are seeing in the rollout of the Apple Watch this week is clear: Wearable Tech has gone mainstream.